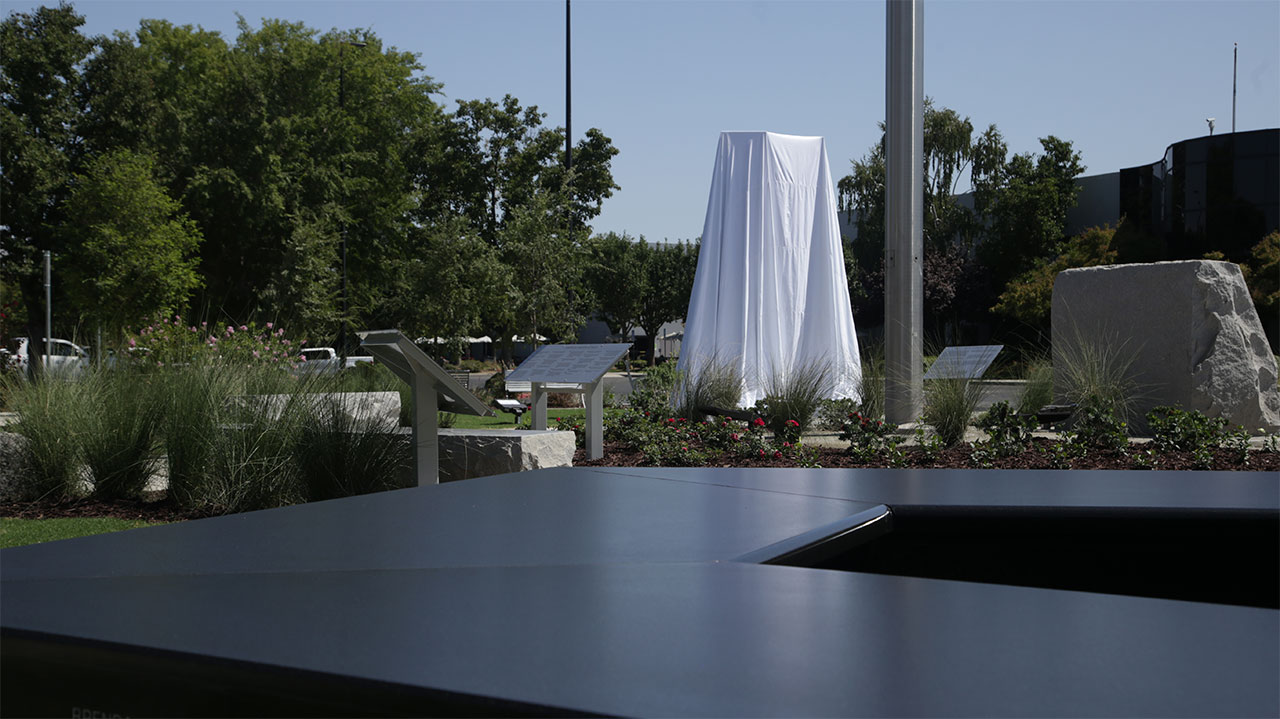 Workers are putting on the final touches on the expanded California 9/11 Memorial in Clovis.
Situated at the business park that formerly housed Pelco, the 18th annual remembrance on Wednesday will feature for the first time replicas of the Twin Towers and the Pentagon, at 1/100 scale.
The names of some of those who perished — including Navy Lt. Commander Otis Vincent Tolbert from Lemoore — are etched on the replicas. Tolbert, who played football at Fresno State, died Sept. 11, 2001, at the Pentagon. 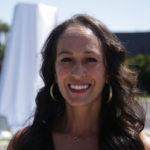 “Our goal is to not only honor but to educate and remember.” — Memorial executive director Anna Borgeas

Memorial Board Raised $350K for Improvements

The California 9/11 Memorial formally organized as a nonprofit group following last year’s event. Then it worked on its goal of creating a larger memorial intended to better convey the historic significance of the terrorist attacks, particularly for younger Americans.
The Pentagon replica includes a water feature. In addition, the new memorial will have a meditation garden, a monument for those perished aboard United Airlines Flight 93 at Shanksville, Pennsylvania, and a survivor tree, similar to a pear blossom that survived the Twin Tower attacks. Display storyboards around the grounds help share the story of 9/11, including a timeline of how the tragedy unfolded.
The final words of United passenger Todd Beamer — “let’s roll” — became a national catchphrase. Beamer, a former Fresno State student, was one of several passengers who attempted to regain control of the jet from the highjackers.
The memorial’s centerpiece remains the existing 110-foot flagpole, representative of the 110 stories of the Twin Towers.
It took only three months to complete the privately funded $350,000 renovation. A collaborative group of engineers, landscapers, and architects helped design the memorial.

Anna Borgeas, executive director of the California 9/11 Memorial, says the project’s aim is to preserve history.
“Our goal is to not only honor but to educate and remember,” Borgeas said.
The ceremony on Sept. 11 includes the Fresno County Office of Education hosting its OneVoice event, a celebration of America, Borgeas said. Students who won a local 9/11-themed art contest will be honored, as well.
“Most of our students were not alive during the time of the 9/11 attacks. Through this contest, students can learn more about this defining time in our country’s history and help keep the memory alive of those who died in these attacks,” said Fresno Unified Superintendent Bob Nelson.
Before the solemn ceremony on Sept. 11, organizers will hold a ribbon-cutting Monday at 4 p.m.

Monday, Sept. 9, 4 p.m.
Ribbon cutting and the unveiling of new memorial features.
Wednesday, Sept. 11, 8:30 a.m.
9/11 Memorial ceremony including the lowering of the California Memorial flag to half-staff, wreath procession, and moment of silence.
Wednesday, Sept. 11, 3:30 p.m.
Fresno County Office of Education OneVoice event featuring music, poetry and a program “uplifting the unity and spirit of our nation and our community.”
All events are open to the public at the Clovis Industrial Park (where Pelco used to be) at 3500 Never Forget Lane (Peach and Pontiac avenues) in Clovis.