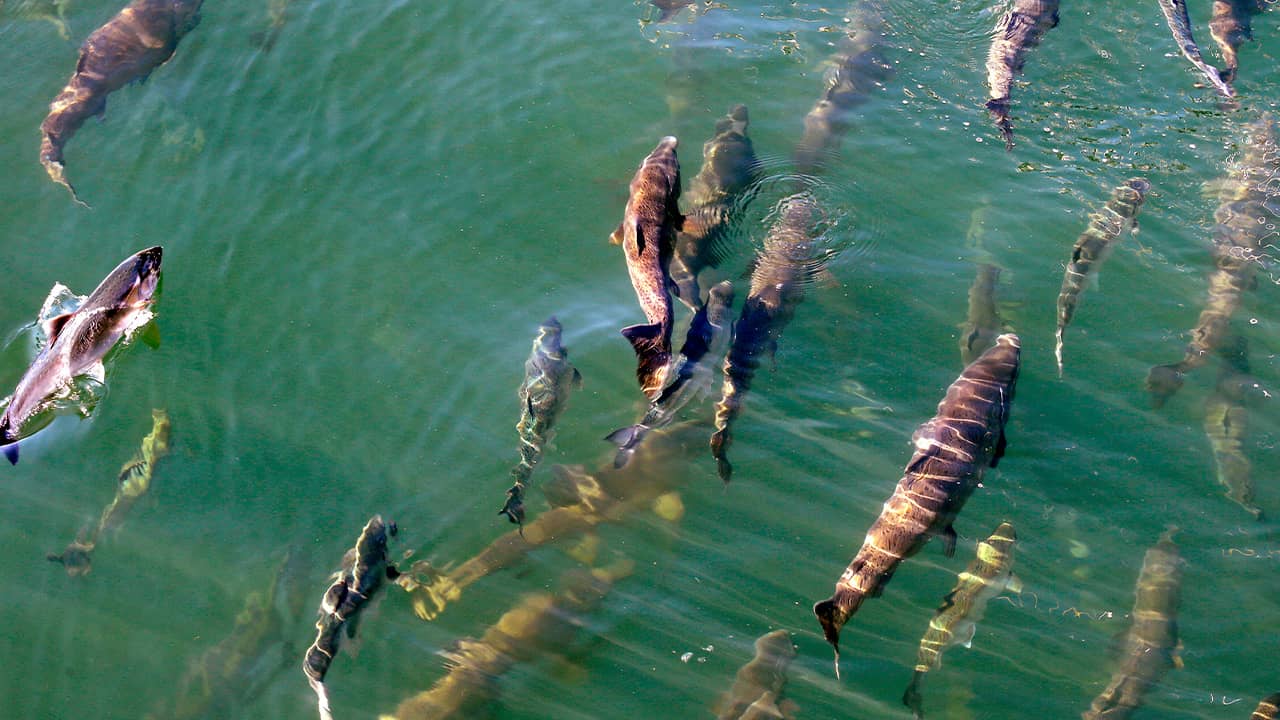 SEATTLE — Federal scientists said Thursday they are monitoring a new ocean heat wave off the U.S. West Coast, a development that could badly disrupt marine life including salmon, whales and sea lions.

If it lingers, it could be disastrous for the Pacific Northwest’s endangered orcas, which largely depend on chinook salmon. The warmer waters can weaken the food web that sustain the salmon and bring predators of young salmon, including seabirds, closer to shore, further reducing their abundance. Chinook returns have been extremely low in recent years following the last heat wave, which scientists dubbed “the blob.”

The new heat wave has emerged over the last few months, growing in a similar pattern in the same area. After “the blob,” it’s the second-most widespread heat wave in the northern Pacific Ocean in the last 40 years — as far back as the relevant data goes.
“It’s on a trajectory to be as strong as the prior event,” said Andrew Leising, a research scientist at NOAA Fisheries’ Southwest Fisheries Science Center in La Jolla, California, who developed a way to use satellite data to track marine heat waves in the Pacific.
Among the causes is a persistent low-pressure weather pattern between Hawaii and Alaska that has weakened winds that otherwise might mix and cool surface waters across much of the North Pacific, said Nathan Mantua, a NOAA research scientist. What’s causing that, he said, is unclear: It might simply reflect the normal chaotic motion of the atmosphere, or it might be related to the warming of the oceans and other effects of human-made climate change.
The agency said it will provide fisheries managers with information on how the unusually warm conditions could affect the marine ecosystem and fish stocks.
The last heat wave spanned 2014 and 2015 and resulted in several declared fisheries disasters. Among the other effects, thousands of young sea lions were stranded on beaches after their mothers were forced to forage further from their rookeries in the Channel Islands off Southern California.