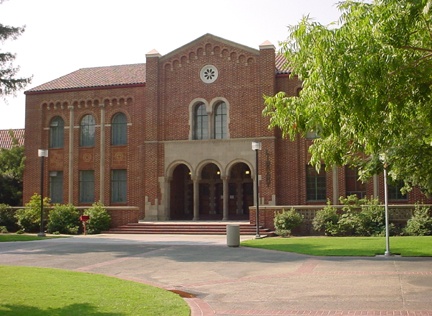 The State Center Community College District board will consider a $10 million boost to the proposed final budget for the 2019-20 school year, raising the unrestricted general fund budget to $224.9 million and the total budget to $366.5 million.
District staff are recommending using $5.5 million from reserves funds for expanded projects and post-retirement benefits, Cheryl Sullivan, vice chancellor for finance and administration, said in an email to GV Wire. The remainder of the boost comes from additional funds that surfaced in June in the adopted state budget, she said.
The board’s vote on the proposed final budget was scheduled for Tuesday afternoon.
The reserves funds will pay for post-retirement benefits ($2 million), districtwide operations ($2 million), technology upgrades at Fresno City College ($1.2 million) and a $300,000 set-aside for future soccer fields at Clovis Community College, Sullivan said.

Progress is continuing on a number of new campuses, new buildings and other capital improvements.
Three of the district’s projects were funded in the state budget: the $16.8 million Fresno City College Child Development Center, which will include $3.3 million in district matching funds; the $12.9 million Reedley College Child Development Center, which has $2.6 million in district funds; and the $51.5 million Clovis Community College Applied Technology Phase I project, with $25.4 million in district funds.
The district also plans to spend $39.7 million in funds from Measures C and E this year.
The budget includes $4 million in Measure E funds for the Fresno City College West Fresno campus, with construction scheduled to begin in late 2020. Voters approved Measure E in November 2002.

Other Projects Are Budgeted

The budget also includes $20.5 million in projects funded through capital project reserves and local funds, including $2.9 million to relocate the district police department; $3 million to upgrade heating-ventilation and energy management systems districtwide; $3 million for roof replacements; $2 million for softball upgrades at Fresno City College; $1 million for softball upgrades at Reedley College; and $2 million for technology upgrades districtwide.
Faculty will receive 3% pay hikes, while nonfaculty employees and managers will get a 2.4% pay increase with an off-schedule payment of .5%, Sullivan said.
She said the additional money coming from the state is due in part to the new Student Centered Funding Formula for community colleges, which is largely based on enrollment but also on student need and “student success” in getting degrees, certificates, transferring to four-year colleges and completing transfer-level math and English in their first year.
Sullivan notes that state spending on community college students is $8,099 per student, compared to $17,784 for California State University students and $32,593 for University of California students.
“We would not advocate they get less, just that we are respected as funds are distributed,” she said.