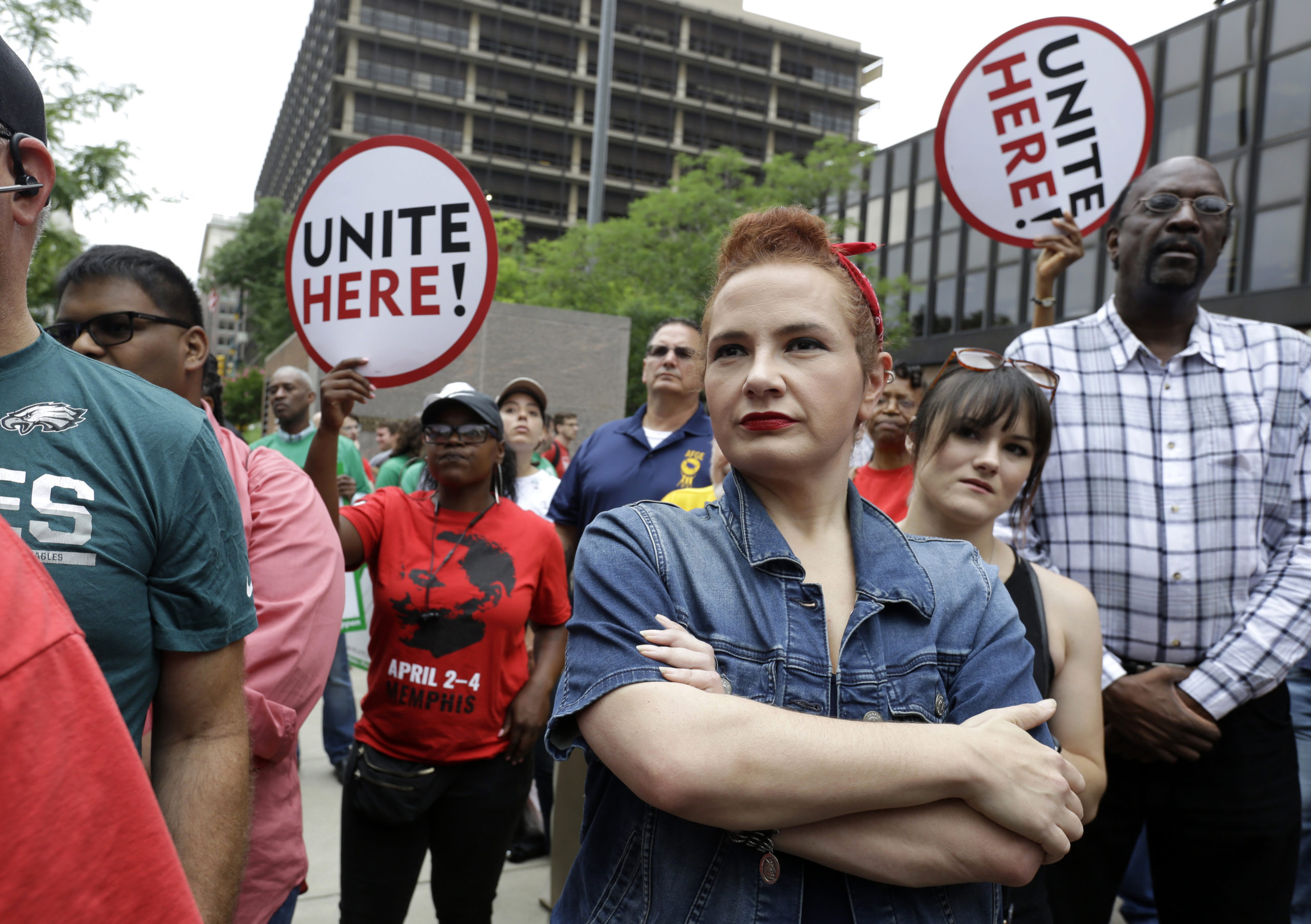 One of the more curious anomalies about California is that while labor unions’ political power has increased to virtual hegemony, especially in the last decade, union membership has declined just as sharply.
On Labor Day 2019, one can only wonder whether both trends will continue and if so, what the eventual outcome will be.

Labor’s ever-increasing political influence, from the smallest school district to the Legislature and statewide offices, including the governorship, is an uncontested fact. There’s an almost seamless relationship between union officials and the dominant Democratic Party, as evinced in last year’s elections. Union money and other resources fueled massive Democratic Party wins at all levels, including a seven-seat pickup of congressional seats, even stronger supermajorities in the Legislature and all statewide offices, including the election of Gavin Newsom as governor.
Newsom’s first year as governor has seen an outpouring of union-backed legislation aimed, or so labor leaders hope, at staunching the decline of union membership.
One of the year’s biggest battles, for instance, is over legislation, Assembly Bill 5, that would lodge into state law a landmark state Supreme Court decision that sharply curtails the classification of workers as contractors and potentially categorizes millions as payroll employees who can be unionized.
It’s a legal and political assault on the so-called “gig economy,” such as transportation services Uber and Lyft, that, union officials believe, has eroded union membership.

—Union-backed legislation attempts to soften the potential blow to union membership from the U.S. Supreme Court’s highly contentious Janus decision in 2018 that sets aside state laws requiring public employees to pay union dues.
—As the state’s housing shortage gets attention and money, construction unions are winning new requirements that housing projects use union labor.
—The California Teachers Association and other school unions are at least partially successful this year in blocking the growth of charter schools.
—The Service Employees International Union and other unions won legislation to help them unionize rapidly expanding childcare and early childhood education programs, just as the state did vis-a-vis home care workers for the elderly and infirm two decades ago.
However, these and other legislative wins have not stopped the steady decline in union membership from a quarter of the state’s workers in the mid-1980s to 14.7 percent in 2018, according to the federal Bureau of Labor Statistics.

Union Members Are Also Getting Older

Membership declined nearly a full percentage point just from 2017 and in the previous decade dropped four points.
During the 2008-2018 decade, according to the BLS, employment in California increased from 14.9 million workers to 16.4 million, but union membership declined from 2.7 million to 2.4 million.
Union members are also getting older, indicating that organized labor is faltering most among industries employing the young. Just 8 percent of workers aged 18 to 24 are covered by union contracts, but 22 percent of those over 55, according to a recent study by the pro-union Labor Center at the University of California, Berkeley.
The Legislature created the UC labor center, supported by taxpayer dollars, at the behest of union leaders to supply studies and data promoting union membership. A recent report from the center on truck drivers is being wielded by unions as part of their campaign to pass AB 5.
Will union membership ever recover in California, or will it continue to decline as the state’s economy evolves and eventually erode the immense political influence that unions, particularly those representing teachers, police officers, firefighters and other civil service workers, wield?
CalMatters is a public interest journalism venture committed to explaining how California’s state Capitol works and why it matters. For more stories by Dan Walters, go to calmatters.org/commentary