10 Democrats Set for Next Debate as Several Others Miss Cut 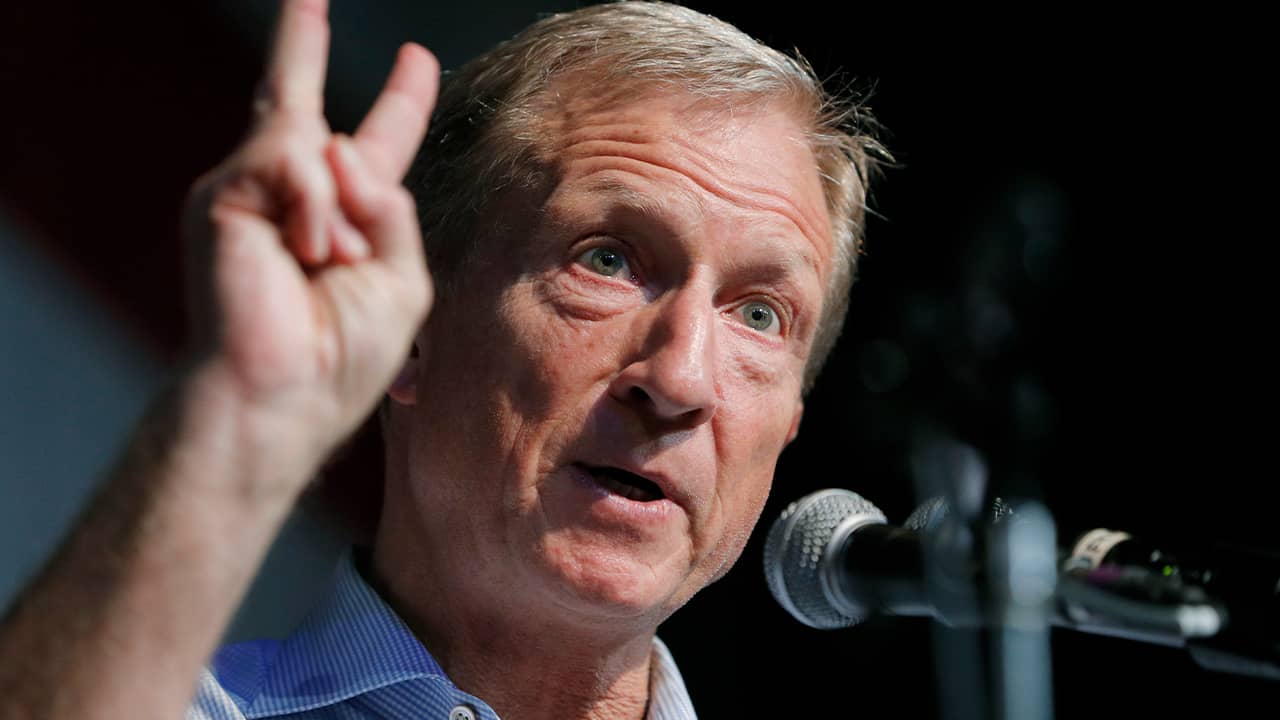 WASHINGTON — Struggling Democratic presidential candidates are facing the bad news that they are not among the 10 who have qualified for the next debate, a predicament that is likely to spell doom for their campaigns.


“Our rules have ended up less inclusive … than even the Republicans. It is what it is.” — Gov. Steve Bullock
Hours ahead of a midnight Wednesday deadline to qualify, New York Sen. Kirsten Gillibrand announced she was dropping out of the race after spending at least $4 million on advertising in recent months to qualify.
Billionaire climate change activist Tom Steyer, Montana Gov. Steve Bullock, and self-help guru Marianne Williamson were also among those missing September’s debate, as were Colorado Sen. Michael Bennet, Hawaii Rep. Tulsi Gabbard and a handful of others.
To appear on stage in Houston, they had to hit 2% in at least four approved public opinion polls while securing 130,000 unique donors. Two new polls released Wednesday affirmed that they were all below the threshold.
The question shifted from who would qualify for the following debate to who would stay in the race.
“Our rules have ended up less inclusive … than even the Republicans,” Bullock said on MSNBC, referring to the thresholds set by the Democratic National Committee. “It is what it is.”
The debate will be Sept. 12, from 5 to 8 p.m. PDT, and will air on ABC and Univision. The moderators will be George Stephanopoulos, David Muir, Linsey Davis and Jorge Ramos.

The DNC Raised the Stakes for the Fall Debates

The 10 candidates who qualified for September’s debate are Joe Biden, Cory Booker, Pete Buttigieg, Julián Castro, Kamala Harris, Amy Klobuchar, Beto O’Rourke, Bernie Sanders, Elizabeth Warren, and Andrew Yang.
In a still-crowded Democratic field, not qualifying for the debate was expected to severely cripple a candidate’s prospects. However, several have pledged to forge on in hopes of reaching the requirements in time for the next debate, in October.
Although earlier debates had lower thresholds, the DNC raised the stakes for the fall debates.
“We believe you need to show progress in your campaign,” said Democratic Party spokeswoman Xochitl Hinojosa. “There hasn’t been one candidate in 40 years who has polled under 2% the fall ahead of a primary and has gone on to be the Democratic nominee.”
The DNC designed the requirements to bring order to an unwieldy field of more than 20 White House hopefuls, while elevating the role of online grassroots donors who are among the party’s most fervent supporters.
In some ways, the party has succeeded. But the process has drawn complaints from those unlikely to make the cut. They argue that the rules are arbitrary and have forced candidates to pour money into expensive online fundraising operations that can sometimes charge as much as $90 for every dollar raised.

Those Who Are Upset Had Ample Time to Reach Thresholds

Bennet said the threshold favored Steyer, and a memo by his campaign accused the billionaire of trying to buy his way into the debate. “Other candidates have had to spend millions to acquire donors on Facebook, instead (of) communicating with voters and laying the groundwork to beat” President Donald Trump, the Bennet campaign memo stated.

Several Others Who Struggled Chose to Drop Out

Steyer and Gillibrand both poured millions of dollars into Facebook and TV ads to boost their standing in recent months. While Steyer met the donor threshold, he was one poll shy. Gillibrand was three polls away and had yet to lock in enough donors.
Gabbard was two polls away from qualifying, and Williamson was three polls away.
Several others who struggled had already chosen to drop out. Washington Gov. Jay Inslee, Massachusetts Rep. Seth Moulton, and former Colorado Gov. John Hickenlooper all recently ended their campaigns.
With no more than 10 participants, the September debate would be the first of the cycle held on a single night. Earlier debates featured 20 candidates split across two nights.
Biden, the race’s early front-runner, said he would like the field to winnow even further.
“I’m looking forward to getting to the place, assuming I’m still around, that it gets down to a smaller number of people so we can have more of a discussion instead of one-minute assertions,” the former vice president said Wednesday while campaigning in Spartanburg, South Carolina.