Tesla Heads Down New Road With Car Insurance in California 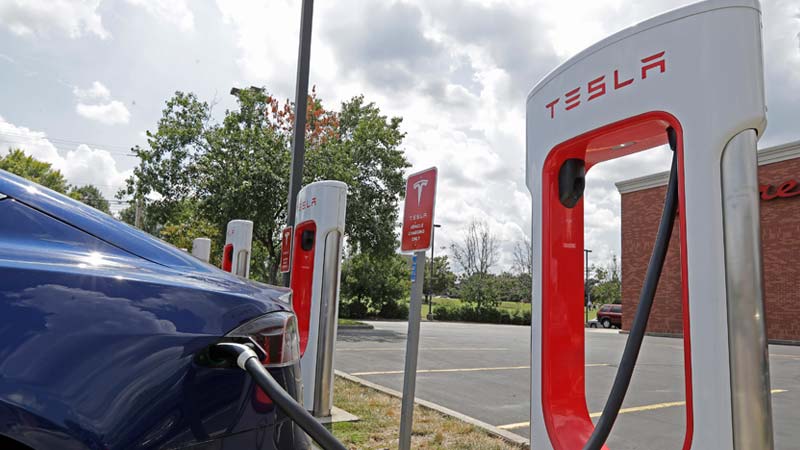 SAN FRANCISCO — Tesla owners in California can now buy insurance from the electric car company in what may be the first step toward the unconventional automaker providing coverage for a fleet of driverless taxis.
The expansion announced this week comes four months after Tesla CEO Elon Musk told analysts the company would branch into insuring its own cars for people who buy or lease them.
Musk believes Tesla has learned so much about its cars that it will be able to offer rates 20% to 30% below those offered by traditional insurers. That will likely to appeal to Tesla owners who have been complaining about being charged too much for coverage.

Although the insurance is only being sold in California to start, Tesla plans to offer coverage throughout the U.S. at a later undisclosed date.
The policies will only be for personal usage of the Tesla cars, but the Palo Alto company also wants to eventually offer commercial policies.
It’s a move Tesla may have to take if Musk is to deliver on his promise to begin selling Tesla vehicles capable of navigating roads without a driver behind the wheel within the next 16 months. Self-driving car experts believe that is unlikely to happen, but Musk has promised to have a fleet of robotic Teslas operating as part of a ride-hailing service by the end of next year.
To make that vision a reality, the driverless cars will need commercial insurance — something no company but Tesla may be willing to provide, given it probably will be exploring uncharted territory if it’s able to dispatch fully autonomous vehicles to pick up passengers.

Additional Source of Revenue for Company

Selling insurance will also provide Tesla with another source of revenue as it tries to prove it can consistently make money. The company was profitable during the last half of last year — the longest stretch of prosperity in its history — but has lost another $1.1 billion during the first half of this year. Those losses could rise even higher if Tesla miscalculates the risks of selling auto insurance.
Tesla’s disappointing financial performance and escalating doubts about its future prospects have caused its stock to plunge 35% so far this year.
Tesla believes it has learned so much about the technology, safety and repair costs of its cars that it will be able to figure out the proper prices to charge for each policy. Its electric cars are equipped with so many sensors that the company could theoretically monitor whether the drivers are prone to chronic speeding or habitually engaging in other risky behavior, but Tesla says it won’t do that.