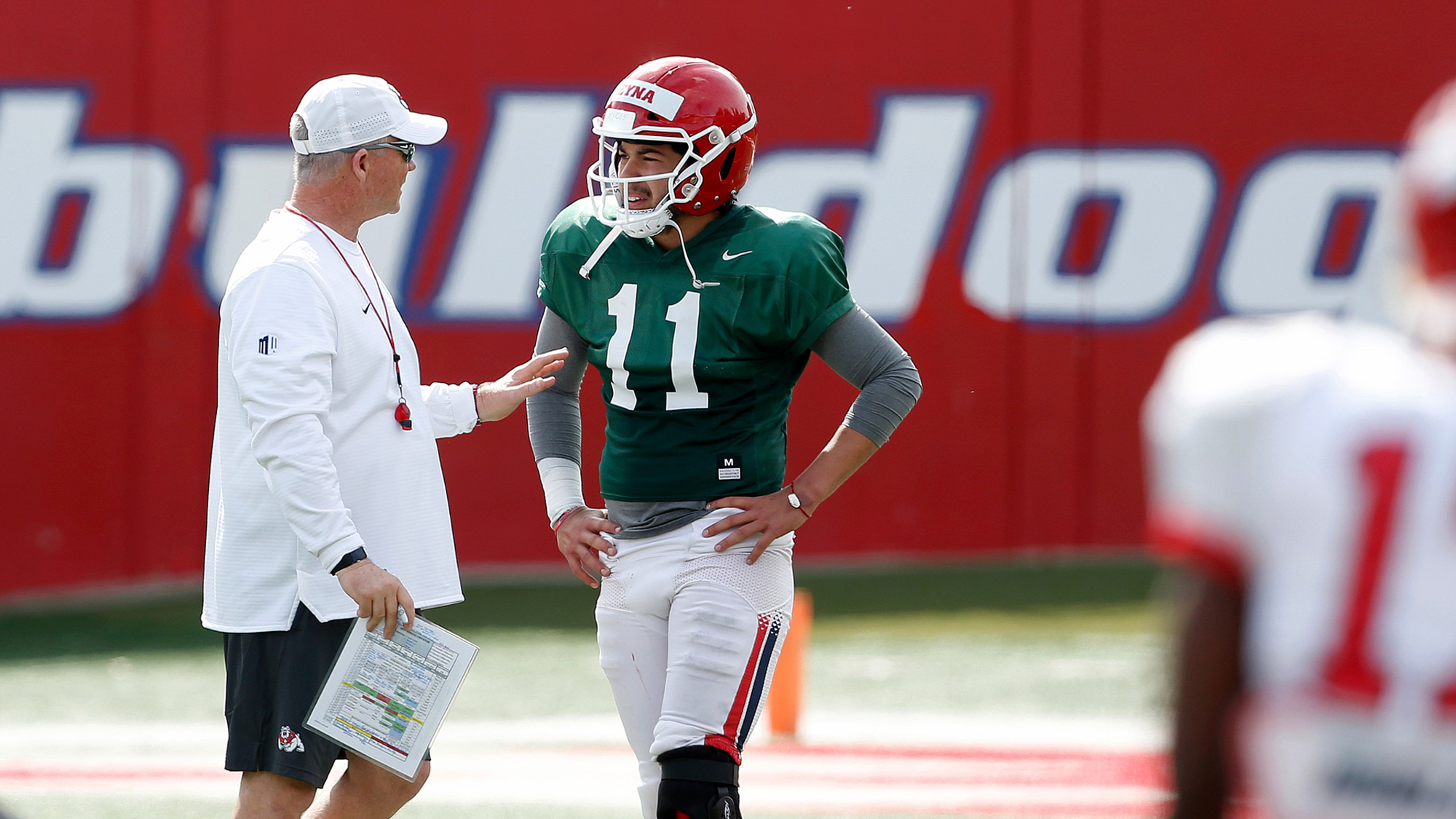 When USC returns from its first losing season since 2000 on Saturday night, the Trojans know they’ll need a quick turnaround to placate the hungry critics of Helton, who recruited these players and fostered a family culture at the West Coast’s glamour program.
USC enters a new season unranked in the AP Top 25, but Helton is sitting at No. 1 on nearly every pundit’s hot seat list after going 5-7 last year.
“A season like that is unusual at USC. It’s absurd,” left tackle Austin Jackson said. “We know it. We do everything in our power to make sure we’re dominant.”

Dominance will be difficult in a brutal early season schedule that starts with a visit from the Bulldogs. Fresno State has won 21 of its last 25 games, with coach Jeff Tedford immediately leading his alma mater back to a prominence that would increase with a win over once-mighty USC.


“It’s going to be imperative that we get to the ball, because it’s an explosive offense, there’s no doubt about it. We’ve been practicing really fast, but games are different, and they have weapons.” — Fresno State coach Jeff Tedford
While Fresno State has a new starting quarterback and major questions about the replacements for several departing contributors from last year’s 12-2 team, the Bulldogs should immediately test the Trojans’ new schemes and their commitment to an immediate turnaround.
Helton is determined to lead the hard work necessary to get the Trojans back to the form of his Pac-12 winners in 2017, but he realizes the task is huge.
“Anytime you’re in that leadership mode, the hardest thing to do is make change,” Helton said. “But that’s part of the job, is to have the courage to say, ‘This needs to be fixed, this is the direction we need to go,’ and advance your team toward it.” 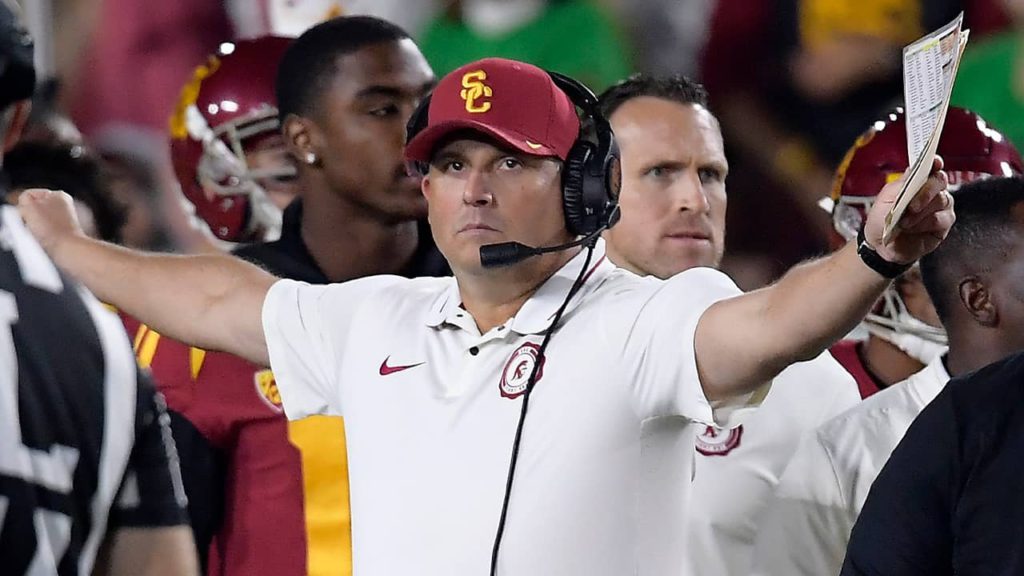 Helton’s biggest change is the installation of a new offense led by coordinator Graham Harrell, a disciple of Mike Leach stepping up to the big time after spending the last three seasons at North Texas. Harrell’s version of the Air Raid offense will be unveiled against the Bulldogs, and even Tedford is eager to see what Harrell has done with this iteration of the fast-paced scheme.
“It’s going to be imperative that we get to the ball, because it’s an explosive offense, there’s no doubt about it,” Tedford said. “We’ve been practicing really fast, but games are different, and they have weapons.”
Things to know about the Bulldogs’ visit to LA:

Senior Jorge Reyna will make his first career start in place of departed starter Marcus McMaryion behind center for Fresno State. Reyna is coming home, too: He grew up in Downey — also Tedford’s suburban LA hometown — before playing at West Los Angeles College.
“It’s going to be a great test for him against a great defense that flies around,” Tedford said. “He’s just got to manage the game and do his part and not get too amped up about it, just play within himself.”

Daniels Will Start at QB for Trojans

Trojans quarterback J.T. Daniels won the four-man competition for the starting job he held for 11 games last season as a freshman. The compact, mobile pocket passer seems to be an ideal fit for Harrell’s offense, but Daniels is climbing a steep learning curve to run the schemes smoothly.
“I absolutely love it,” Daniels said of the Air Raid. “More importantly, the whole team does. I think it’s a great system fit for all of us. It gets the ball in playmakers’ hands faster. It’s not as much thinking. We just go out and execute.”

The Coliseum has undergone a $315 million renovation since the Trojans’ last game in the 96-year-old monument. There’s a new seat for every fan and much-improved amenities for the Trojans’ well-heeled fans and boosters. USC is hoping not to see too many empty seats in its scaled-down capacity, which adds an extra element of urgency to Helton’s start.

These schools are playing for the fifth time. Fresno State’s only win came in the memorable 1992 Freedom Bowl, but the Bulldogs severely tested top-ranked USC in 2005 before the Trojans escaped the Coliseum with a 50-42 win in which Reggie Bush racked up a Pac-10 record 513 all-purpose yards.
Don’t look for Bush’s No. 5 jersey among the Trojans’ honored jerseys of Heisman Trophy winners on the Peristyle at the renovated Coliseum: The NCAA’s sanctions against USC in 2010 included a permanent disassociation with Bush, who voluntarily forfeited his Heisman in the scandal.
___
More AP college football: https://apnews.com/Collegefootball and https://twitter.com/AP_Top25