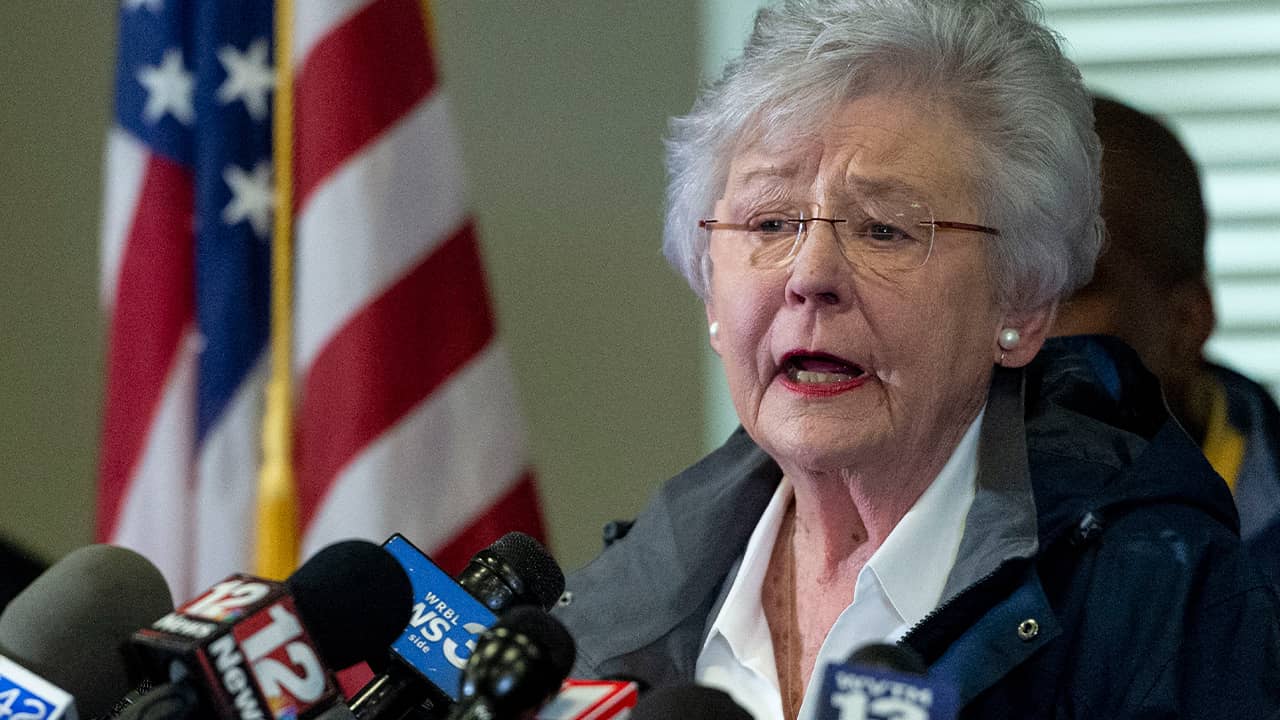 MONTGOMERY, Ala. — Alabama Gov. Kay Ivey apologized Thursday for wearing blackface decades ago, becoming the latest politician to face scrutiny over racially insensitive photos and actions from their university days.

Ivey said Thursday that she did not remember the skit, but “will not deny what is the obvious.”
“As such, I fully acknowledge — with genuine remorse — my participation in a skit like that back when I was a senior in college.”

“While some may attempt to excuse this as acceptable behavior for a college student during the mid-1960s, that is not who I am today, and it is not what my Administration represents all these years later.”
Ivey’s press secretary, Gina Maiola, said Auburn University brought the recording to the attention of the governor’s office, which decided to release it publicly. University officials discovered the interview while working on a project to digitize and archive old university records, Maiola said.
Ivey is the latest politician to face scrutiny over wearing blackface decades ago.
A racist photo in the medical school yearbook of Virginia Gov. Ralph Northam led to calls for his resignation. Virginia Attorney General Mark Herring also acknowledged wearing blackface in college.

The Alabama NAACP issued a statement calling for Ivey’s resignation, saying her apology “does not erase the fact that she participated in these activities that mocked and intimidated African Americans.”
“It may have been 52 years ago when the skit happened, but it apparently still shapes who she is today,” Benard Simelton president of the Alabama NAACP said in a statement. The statement noted some of Ivey’s actions as governor, including signing into law legislation that protected Confederate and any other longstanding monuments from being torn down.
U.S. Rep. Terri Sewell, the only African American member of Alabama’s congressional delegation, said “Ivey’s actions were reprehensible and are deeply offensive.”
“Her words of apology ring hollow if not met with real action to bridge the racial divide,” Sewell said.

Alabama Senate Minority Leader Bobby Singleton, who is African American, said he appreciated Ivey “owning” the incident and apologizing for it.