Protest of Nunes' Appearance Fizzles on a Hot August Night

Based on the social media chatter, you would have expected herds of people protesting Rep. Devin Nunes’ appearance at a Fresno County Republican Party fundraising dinner Wednesday night.

But only two people showed up to express their dissatisfaction with the congressman for the 22nd District of California. The three reporters covering the event literally outnumbered those protesting.
The location of the event was kept under wraps by local organizers, although Politics 101 reported on it Wednesday afternoon, touching off a Twitter avalanche.
Brian Bobbitt, a Fresnan known for exercising his First Amendment rights, parked across the street from the Sunnyside Country Club in southeast Fresno. He had a dummy dressed up as a cow in the back of his truck, and played nursery rhymes on his speakers. A woman from Visalia joined him briefly.
The event was closed to those without a ticket and to the media. Bobbitt said a number of factors held down protesters.
“One, it’s hot. It’s last minute. … I don’t know. I kind of thought I’d have a few people out here. That’s OK,” Bobbitt said.
Bobbitt also cited a forum at Democratic Party headquarters in Fresno featuring three candidates hoping to replace Nunes: Phil Arballo, Bobby Bliatout, and Dary Rezvani.

Although the Nunes event was off-limits to media, I did have a chance to meet up with David Valadao at the Sunnyside parking lot, hours after he made the announcement he is running for Congress in 2020 to regain the seat he lost in 2018 to TJ Cox.
“After watching a lot going on in Washington, there is nothing getting done,” Valadao said. He said he is the man to get things done.
What will be different this time around? Valadao said that 2018 was a tough election cycle for Republicans.
“We have an incumbent now with a record we can take on. We can point to the fact of nothing is getting done,” Valadao said.
In 2018, Cox successfully reached out to Latino voters, and got many of them to go to the polls. Valadao says that not being in Hanford — not in Washington, D.C. —will help his campaign.
“Now roles are reversed. I have the opportunity to do those things,” Valadao said.

@dgvaladao talks about why he is running for congress in rematch vs. @TJCoxCongress and how he might change his strategy for 2020 pic.twitter.com/UGNjrZ5cQf

Andrew Janz says a proposed policy by the Fresno County Board of Supervisors is aimed to prevent him running for Fresno mayor.
His campaign sent his employer, Fresno County, a letter arguing that forcing employees running for public office to take time off is illegal. 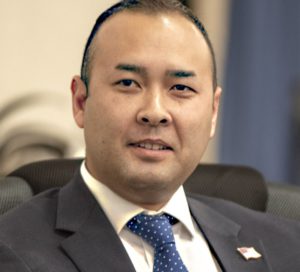 “The Board of Supervisors would be committing a gross abuse of power, but also an illegal one should they pass this.” — Andrew Janz
Janz, a Fresno County prosecutor, said the authors of the rule — supervisors Buddy Mendes and Nathan Magsig —  “made it specifically clear they are targeting” him. Janz and Fresno Police Chief Jerry Dyer are the lone candidates running in 2020 to succeed Mayor Lee Brand.
The proposal was on the supervisors’ Aug. 6 agenda but got pulled. It would require candidates to take two-to-three pay periods off prior to the election.
When Janz ran for Congress in 2018, his detractors accused him of campaigning on the public’s time. His boss, District Attorney Lisa Smittcamp, shot down those accusations. During the mayoral campaign, Janz has deferred any GV Wire inquiries until after work hours.
The policy has many exceptions, including current officeholders and department heads (like Smittcamp), those seeking offices that don’t pay a full-time salary (like Janz’s prosecuting colleague Bob Whalen — a Clovis City Council member which isn’t a full-time job), judicial candidates (like Janz’s former colleagues Robert Mangano and Billy Terrance who won judge seats last year) or those running unopposed.
“The Board of Supervisors would be committing a gross abuse of power, but also an illegal one should they pass this,” Janz said in a news release. “People should not be penalized for wanting to serve their community. I will not stand by and let this happen to myself or any other county employee who wishes to run for office. My wife is pregnant with our first child and losing our healthcare would be devastating and dangerous. I’ve always stood up for what’s right and this is no exception.”
Mendes, in a brief comment to Politics 101, didn’t think much of Janz’s letter.
“I thought it was very childish,” Mendes said. He added that the proposal may come back for a vote, but he provided no specific date.
Magsig said the policy does not target any one individual and that the proposal responds to community concerns about candidates running for office on county time.
“It is meant to apply to everyone equally to provide flexibility to the employees,” Magsig said. He noted that it applies to many of the 7,300 county employees who hold elected office for positions like school boards and special districts. He said state law prevents them from setting regulations on current elected officials.
The Central Labor Council is backing Janz in opposing the proposal. Janz said his campaign would take legal action if necessary.

In June, the Fresno City Council extended its animal control services contract with the Central California SPCA for one year, through June 2020. It included a $245,670 bump to help with minimum wage increases, notching up the contract to $4.2 million.
Although the contract could have been extended an additional year through 2021, the city says CCSPCA has verbally opted out, meaning there will be no more services provided beyond 2020.
CCSPCA has provided services, such as animal control and sheltering service since 2014, but there have been bumps in the road, especially over euthanasia policies.
“We are evaluating all our options,” city spokesman Mark Standriff said.
Such options may include the city having to find a new contractor, or at the very least, a new location for its animal shelter.

Last week, GV Wire reported that Clovis Unified trustee Brian Heryford would not be running for reelection in 2020, creating an open seat.
It turns out, he is leaving Sept. 1. He has sold his home and business, and is ready to enjoy retirement in the state of Washington. 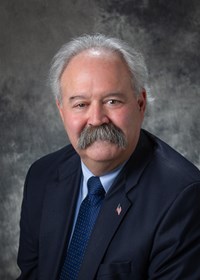 “Being on the school board for the past 23 years has been a journey that began when I chose to run, and it has been a great experience that has allowed me to do good for our community.  Now, it’s time for this leg of my journey to end, and a new one to begin,” Heryford said Wednesday night in announcing his resignation at the school board meeting.
The remainder of the board will decide Sept. 11 on how to fill Heryford’s seat. They can either call for a special election or make an interim appointment to fulfill the remainder of the term to December 2020.
If the board chooses to hold a special election, it would take place in March, with the regular election for the full-time seat still set for November 2020.


Related Story: A Clovis Unified Trustee Will Retire in 2020. Who Wants the Seat?

Lupe Perez is the city of Fresno’s new economic development director. She succeeds Larry Westerlund, who held the job five years before resigning May 31. 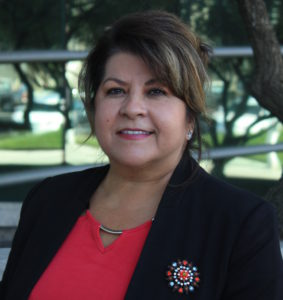 “This is a key position for City Hall and I think we are incredibly fortunate to have someone as competent and well-respected as Lupe to lead our economic development efforts,” said city manager Wilma Quan in a news release.  “Her expertise in development is perfectly suited with the administration’s mission to attract new businesses to Fresno and helping existing ones grow.”
Perez had served as the city’s downtown revitalization manager since June 2014.
Related Topics:Brian HeryfordClovis UnifiedDavid ValadaoDevin NunesLupe PerezprotestsTJ Cox
Up Next