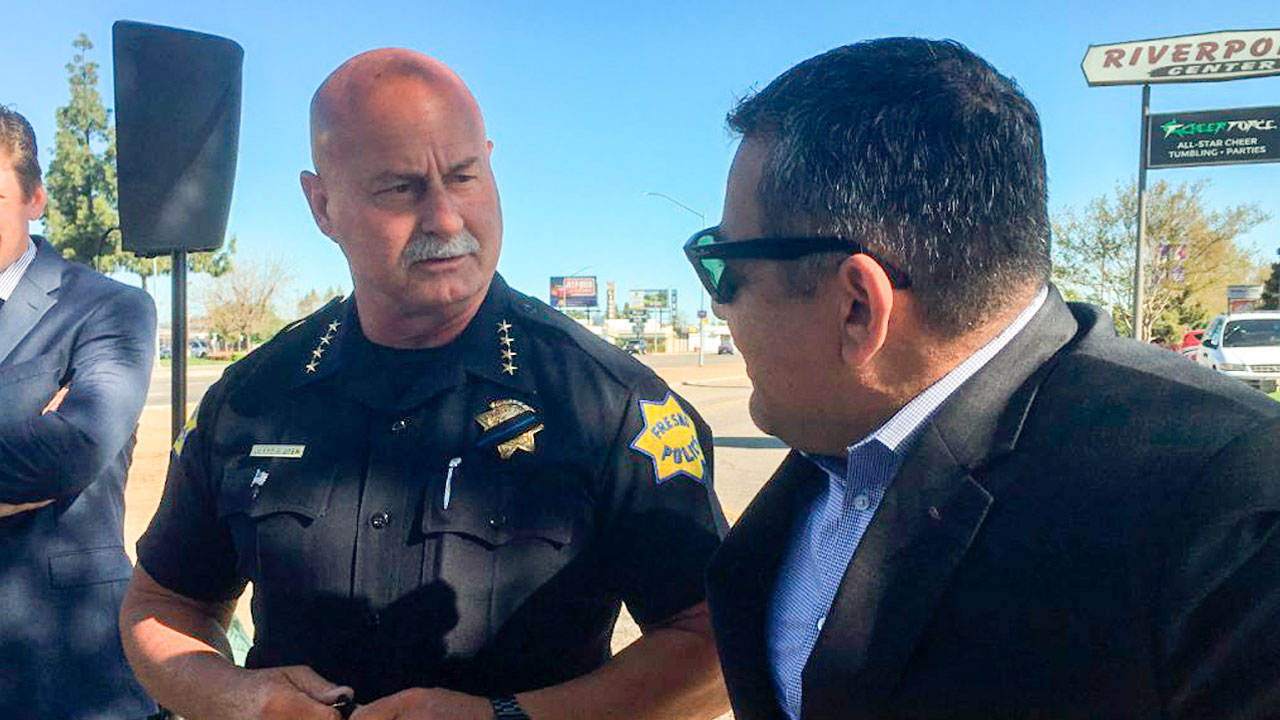 Fresno Police Chief Jerry Dyer demonstrated his leadership skills Wednesday at a street corner news conference unveiling a plan to discourage panhandling.
While city councilmembers Garry Bredefeld, Miguel Arias, and Paul Caprioglio announced their plan, a truck pulled around the corner of Blackstone and Herndon avenues where the news conference was taking place. The man stopped and blared his horn, temporarily disrupting the event. Dyer, a supporter of the “Help Us, Help Fresno” initiative, approached the truck. He explained to the motorist, Brian Bobbitt, what the ordinance does and doesn’t do.
“Trust me … I opposed the other one because it was enforcement against the people asking,” Dyer told Bobbitt about the defeated STOP ordinance.
He convinced Bobbitt to pull around so he wasn’t blocking traffic and join in the news conference, which he did. Dyer also agreed to meet with him later.
Bobbitt said that the homeless issue affected his family, and he had concerns about the barriers some shelters have in taking in the homeless.

As far as “Help Us, Help Fresno,” the plan is to spend $20,000 to distribute 150 signs at busy intersections and requesting businesses. They ask that motorists don’t give to panhandlers and, instead, donate to charities.
Bredefeld said this solution was proposed after the council voted down “STOP,” the Safe Transfer of Objects to Pedestrians ordinance March 21. That plan would have fined drivers for transferring anything (money, water, etc.) from their car to a pedestrian.
The council will debate the resolution Thursday (April 11) at 2 p.m.