As someone who was born and raised in the San Joaquin Valley, the economic and social values of agriculture are part of who I am. Accountability for our actions is part of our way of life. If you don’t work hard, you don’t get paid. It’s as simple as that.

Unfortunately, folks in Sacramento don’t always remember the rules of the game. They demonize successful farmers as “Big Ag.” They claim we waste water, forgetting that irrigation is what puts food on their tables. That’s not waste – it’s hard work. 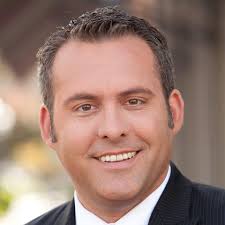 I once asked if we could do something similar for the dairy industry, which is being forced to either consolidate or leave the state. My proposal went nowhere.

Farmers Shouldn’t Apologize for Their Successes

Farmers in the Valley know the truth, but even we are guilty of sometimes buying into Sacramento’s untrue narrative. When now-U.S. Sen. Kamala Harris was running for office, she came to Modesto to meet and discuss agricultural issues at a round-table forum. As local farmers introduced themselves, each one qualified their success by referring to their operations as “small, family farms” even though many were large operations.

Valley farmers feel the need to apologize for their success. Surely, major companies in the Bay Area are not referring to themselves as “small, family tech firms.”

When it was my turn, I felt compelled to share an observation with Harris: Valley farmers feel the need to apologize for their success. Surely, major companies in the Bay Area are not referring to themselves as “small, family tech firms.”

These farmers are major employers in a region lacking enough jobs. They are the primary economic engine in a region desperate for investment. They give back to the communities that have given so much to them, and they provide food security for the entire nation.

We live in truly interesting times when an industry so valuable to the people and history of California is openly attacked. We should not apologize for our success. We should not undersell the value of our industry — and we should not be afraid to stand up for our way of life.

When we keep our heads held high, farmers, ranchers, dairymen, and agriculture demonstrate our strength.

When the governor proposed cutting the Ag Incentive Grant, which funds FFA, the Capitol was flooded with over 1,000 FFA members in their blue corduroy jackets. We won that fight. When environmentalists tried to pass a multi-billion dollar water bond without a single cent for new water storage, we stuck together and secured $2.7 billion to build new dams. And last year, representatives from the Valley stood together and passed legislation guaranteeing no future state budgets would leave out a dedicated source of funding for California’s network of 78 fairs.

We must keep up the fight against this agenda. If we are willing to do the hard work to win in Sacramento, we will be rewarded, just like when we work hard back home on the farm.

We are strong when we stand together, but our strength will be tested. There is an active agenda by some in Sacramento and elsewhere to destroy California agriculture as we know it.

We are seeing it now in the California Water Commission’s decision to delay awarding funds to build new water storage. We are seeing it in the state’s continued exclusion of hydropower from being considered clean energy, requiring us to dump the electricity we have in order to buy energy from others. We are seeing it in the State Water Board’s irresponsible and dangerous decision to take our water and flush it out to sea — never mind the harm to our economy and drinking water supplies their plan will cause.

We must keep up the fight against this agenda. If we are willing to do the hard work to win in Sacramento, we will be rewarded, just like when we work hard back home on the farm.