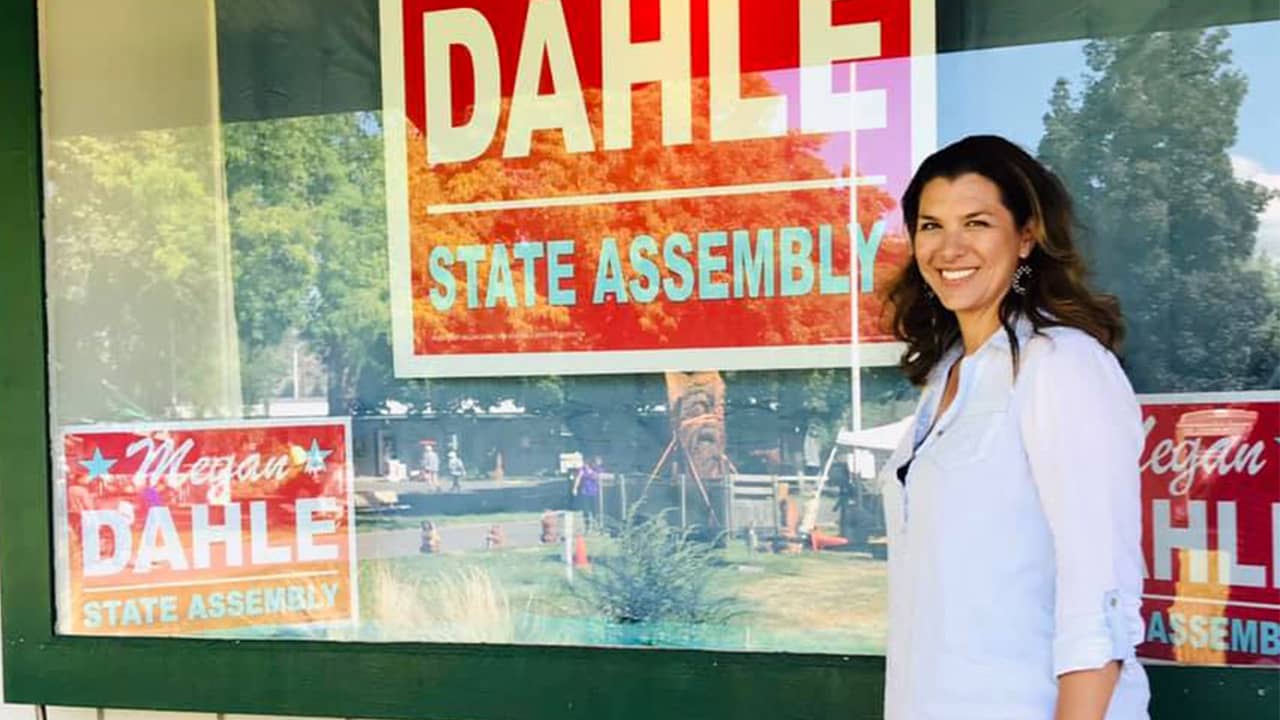 SACRAMENTO — A Republican candidate seeking to join her husband in California’s Legislature will face off in a November special election against a Democratic opponent in a sprawling, Republican-leaning Northern California district.
Democrat Elizabeth Betancourt had 39% of the vote to Republican Megan Dahle’s 36% after Tuesday’s special primary election for Assembly District 1. Betancourt is a farmer, small business owner, and rural advocate in Shasta County. Dahle and her husband have a wheat farm and a related seed grain transport business.
Betancourt and Dahle are trying to succeed Brian Dahle, the district’s former Assemblyman who won a special Senate election in June.
Neither was close to the majority vote needed to avoid a Nov. 5 runoff election. But Republican Patrick Henry Jones was well behind at 17% in the five-candidate race. He conceded Wednesday that he can’t catch up. Results for two other GOP candidates were in the single digits.
The rural district that is bigger than West Virginia and stretches from suburban Sacramento to the state’s northeastern corner, covering all or parts of nine counties. The district’s registered voters are 40% Republican and 28% Democrats, with another 22% having no party preference.

“Obviously we’re disappointed, but the numbers, they are what they are,” said Jones, a Redding gun shop owner and former Redding City Councilman. “We had a great message that was resonating with the voters, but you have to have the money to get that message out.”

Robert Costa Returns to Fresno to Talk Trump, Congress, and 2020