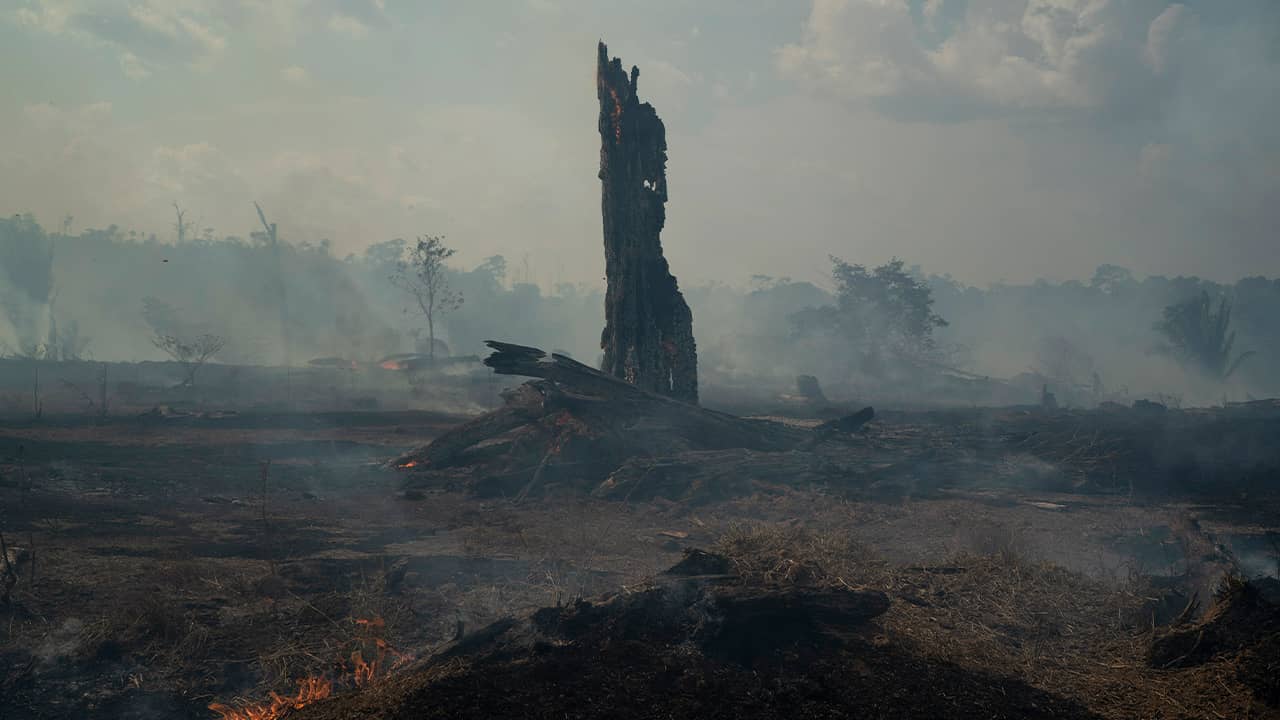 PORTO VELHO, Brazil — Brazilian President Jair Bolsonaro on Wednesday said he has accepted four planes from Chile to help fight Amazon fires, and he accused the French president of portraying himself as “the one and only person” concerned about the environment.
In criticizing French leader Emmanuel Macron, Bolsonaro extended a personal dispute that has, for now, sidelined a pledge of $20 million from the Group of Seven nations to help protect Amazon rainforest.
Amazon nations, excluding Venezuela, will meet in September “to come up with our own unified strategy for preserving the environment, and also for exploration sustainable in our region,” Bolsonaro said after meeting Chilean President Sebastián Piñera in Brasilia, the Brazilian capital.
Countries in Latin America that contain Amazon rainforest “have sovereignty over the Amazon, that needs to be recognized always,” Piñera said.
About 60% of the Amazon region is in Brazil. The vast Amazon also includes Bolivia, Colombia, Venezuela, Ecuador, Peru, Guyana, Suriname and French Guiana, an overseas region of France.
Lingering smoke in the Amazon, meanwhile, is reportedly causing increased respiratory problems — particularly among children and the elderly — as fires in the region rage.

The Number of People Treated for Respiratory Issues Increased Sharply

“The kids are affected the most. They’re coughing a lot,” said Elane Diaz, a nurse in the Rondonia state capital of Porto Velho, as she waited for a doctor’s appointment Tuesday at the city’s 9 of July hospital with her 5-year-old son Eduardo. “They have problems breathing. I’m concerned because it affects their health.”


“The kids are affected the most. They’re coughing a lot. They have problems breathing. I’m concerned because it affects their health.” — Elane Diaz, a nurse in the Rondonia state capital of Porto Velho
The number of people treated for respiratory issues increased sharply in recent days at the local Cosme e Damia Children’s hospital.
“This period has been very tough. The dry weather and the smoke causes many problems for children, such as pneumonia, coughing and secretion,” Daniel Pires, a pediatrician and the hospital’s adjunct director told the Folha de S. Paulo newspaper.
He said the number of cases has more than doubled since the early part of the month.
Fears over health impacts have been growing with the surge in fires, with more than 83,000 blazes documented by the country’s National Space Research Institute since the start of the year. That’s a 77% increase over the same period last year. About half of the fires occurred in the Amazon region, with most in the past month.
But the issue has been overshadowed by growing acrimony between Brazil and European countries seeking to help fight Amazon fires in a region seen as vital to the health of the planet.
At a summit in France this week, G-7 nations pledged $20 million for the effort, with a separate $12 million from Britain and $11 million from Canada. 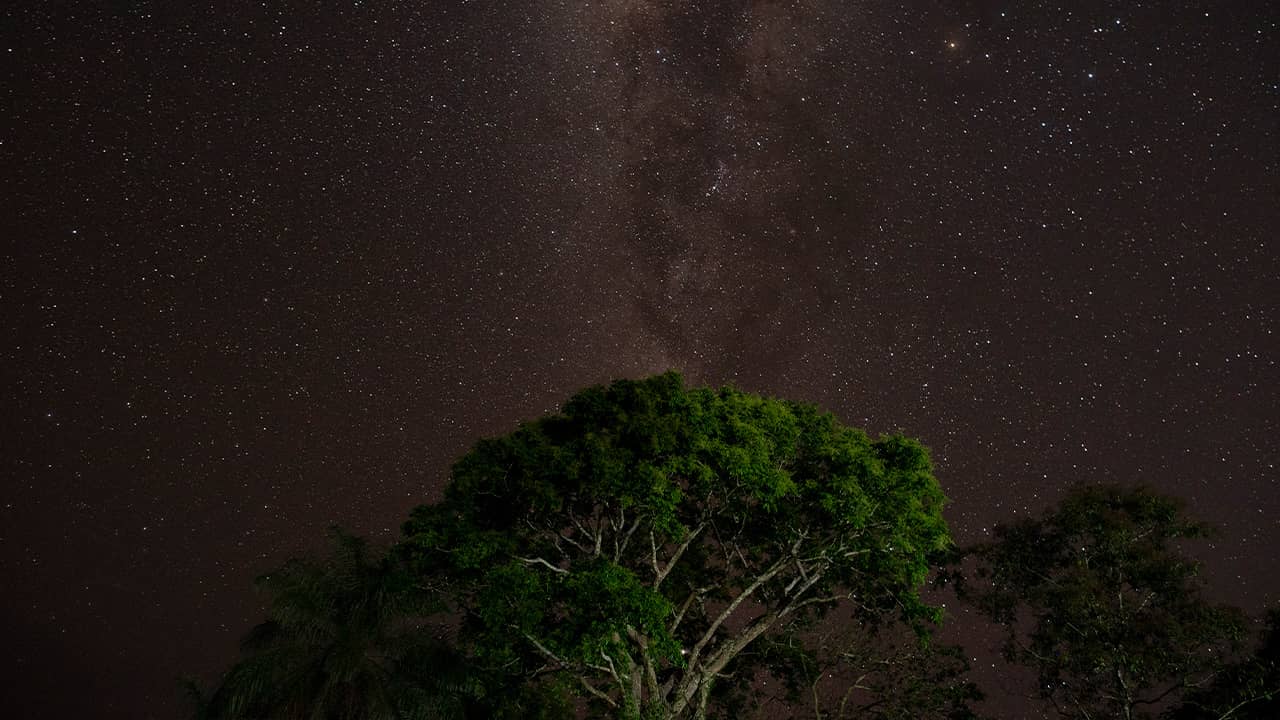 Many Brazilians Support Their President Despite Criticism

Bolsonaro said Wednesday that Brazil is willing to accept “bilateral” offers of aid.
But the president, who took office this year with a promise to boost development in Latin America’s biggest economy, has suggested the offers of international aid mask a plot to exploit the Amazon’s resources and weaken Brazilian growth.
He raised those complaints again at the meeting with Chile’s president, accusing Germany and France of trying to “buy” the sovereignty of Brazil. Macron has said Brazil’s sovereignty must be respected, while he and other European leaders say a global approach is needed to preserve the Amazon.
In a video message, Brazilian novelist Paulo Coelho offered an apology to France for what he called Bolsonaro’s “hysteria,” saying the Brazilian government had resorted to insults to dodge responsibility for the Amazon fires.
But many in Brazil said they support Bolsonaro despite local and international criticism of his handling of the crisis.
Grace Quale, a hospital laboratory technician who attended a service at an evangelical church on Sunday, said that critics “want to overthrow our president,” and said she didn’t see a link between Bolsonaro’s environmental policies and the number of people getting treatment for respiratory problems.

World’s Largest Rainforest Is a Major Absorber of Carbon Dioxide

Mona Lisa Pereira, an agronomist, also said criticism of Brazil’s government was skewed.
“It seems like this is the fire of a lifetime,” Pereira said. “But it’s not. We have fires every year.”
The world’s largest rainforest is a major absorber of carbon dioxide, considered a critical defense against rising temperatures and other disruptions caused by climate change, and it produces a vast amount of water vapor that affects regional weather patterns.
The state hymn of Rondonia takes pride in the region’s famously beautiful skies. “Blue, our sky is always blue,” it says. “May God keep it unrivaled, crystal, pure, and always keep it that way.”
Some clouds and a blue sky were partly visible Wednesday. But then the haze settled again blanketing the horizon with thick smoke that covered the early morning red-blood sun.
Pereira, the agronomist, said that smoke was “everywhere.”
“It’s bad for everyone,” she said. “Not just our children.”
Related Topics:Brazilian President Jair BolsonaroChileenvironmentFrench President Emmanuel MacronG-7 summitplanesrainforest
Up Next