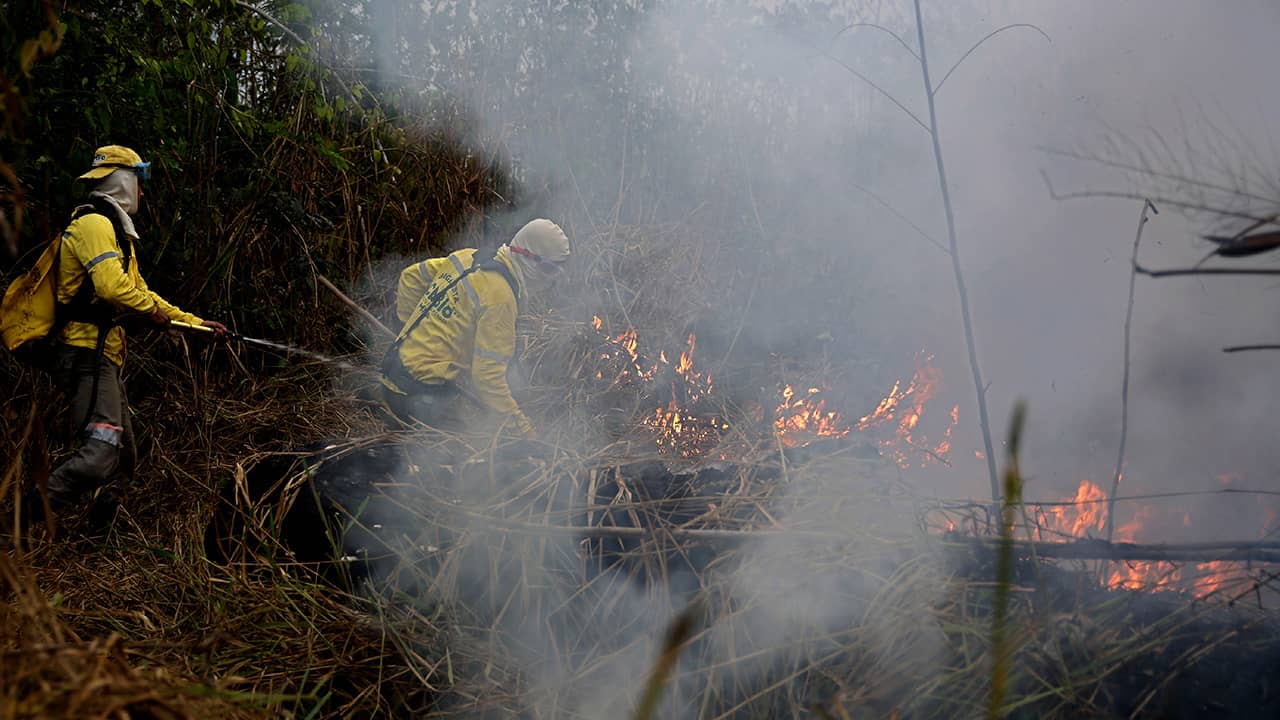 JACUNDA NATIONAL FOREST, Brazil — Brazilian President Jair Bolsonaro on Tuesday said Brazil will only accept an offer of international aid to fight Amazon fires if French leader Emmanuel Macron retracts comments that he finds offensive.
Bolsonaro said Macron had called him a liar and he accused the French president of questioning Brazil’s sovereignty amid tensions over fires sweeping the Amazon region.
Macron has to retract some of his comments “and then we can speak,” Bolsonaro said.
He spoke a day after the Group of Seven nations pledged $20 million to help fight the flames in the Amazon and protect the rainforest, in addition to a separate $12 million from Britain and $11 million from Canada.

Macron, who has questioned Bolsonaro’s trustworthiness and commitment to protecting biodiversity, has shrugged off the snub from the Brazilian president.
The French leader said in a speech Tuesday that Bolsonaro’s interpretation is a “mistake.”
He said the money isn’t just aimed at Brazil but at nine countries in the Amazon region, including Colombia and Bolivia. France too considers itself an Amazon country via its overseas region of French Guiana.

The Funds Are Still a Relatively Meager Amount

Macron and Bolsonaro have been feuding over social media in recent days.
Equipped with hoses connected to rubber backpacks, Brazilian firefighters in the Amazon on Monday raced in a truck along dirt roads toward plumes of smoke after a spotter in a military helicopter directed them to a fast-spreading fire. 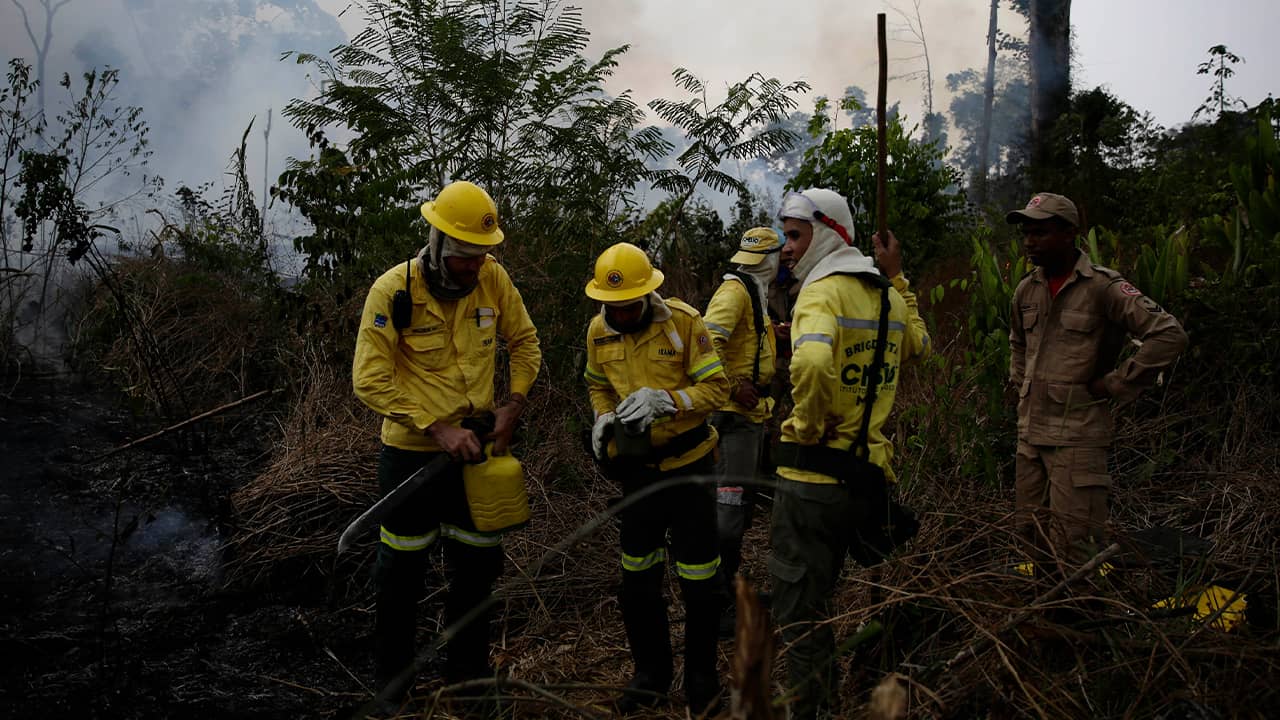 Firefighters rest briefly as they put out fires along the road to Jacunda National Forest, near the city of Porto Velho in the Vila Nova Samuel region which is part of Brazil’s Amazon, Monday, Aug. 26, 2019. The Group of Seven nations on Monday pledged tens of millions of dollars to help Amazon countries fight raging wildfires, even as Brazilian President Jair Bolsonaro accused rich countries of treating the region like a “colony.” (AP Photo/Eraldo Peres)

Bolsonaro Said He Might Visit the Amazon Region This Week

The AP team drove for hours at a stretch outside the Rondonia capital of Porto Velho without seeing any major fires, suggesting that many had been extinguished or burned themselves out since rapidly spreading in recent weeks. Many fires were set in already deforested areas to clear land for farming and livestock.
Still, smoke billowed from charred fields and scrub, shrouding the sky. The airport in Porto Velho closed for more than one hour on Monday morning because of poor visibility caused by the haze.
Under international pressure to act, Bolsonaro said he might visit the Amazon region this week to check on firefighting efforts and would make 44,000 troops available to fight the blazes. However, the military presence in the area seemed scarce on Monday, with only a few soldiers seen patrolling roads and lending a hand.
At dawn, the blazing sun was hidden under thick smoke that blanketed the horizon like fog. Trucks carrying fresh timber sped through a road that cut through lands where heaps of ash were piled around charred logs.
Some local residents seemed torn between knowing that the fires were devastating the environment around them, and needing to extract the Amazon’s rich natural resources to make a living.
“We have to preserve the land. The government has to help small farmers more, prioritize and take care of the large reserves, where people do most of the illegal things,” said Willian Sabara Dos Santos, a farm manager. Behind him, a Brazilian flag on a pole fluttered in the wind next to a statue of a bull that he said was a replica of the iconic “Charging Bull” sculpture on New York’s Wall Street.

About 60% of the Amazon Region Is in Brazil