The accolades continue for Fresno State, which has many missions, not the least of which is to graduate first-generation college students.

Washington Monthly ranked Fresno State No. 24 in the nation among out of 395 public and private colleges on its latest list of top national universities.

And, two weeks ago, the university placed No. 35 in Money Magazine’s top 50 “Best Public Colleges” list, which measures the quality of education, affordability, and outcomes. 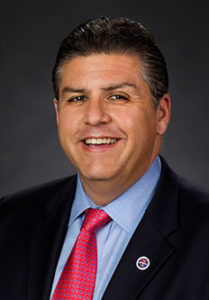 “We are proud to be recognized as a leading public university in the nation for expanding educational opportunity for diverse students and conducting research that benefits all.“ — Fresno State President Joseph I. Castro

“We are proud to be recognized as a leading public university in the nation for expanding educational opportunity for diverse students and conducting research that benefits all,” said Fresno State President Joseph I. Castro in a statement. “Just as importantly, these rankings place a premium on public service, which transforms our surrounding communities, where more than 80% of our alumni choose to stay and work.”

Washington Monthly uses what it calls “a different kind of college ranking” and focuses on colleges that best serve the country instead of those best known for prestige and wealth.

“Real improvement will mean following the example of institutions like (Fresno State), our 24th-ranked national university, which enrolls an unusually large number of low-income and first-generation students and helps them graduate into good-paying jobs,” the magazine said.

In spring 2019, nearly 6,000 students — about 63% of whom are first-generation — graduated from Fresno State. It was the largest class in school history.

About 24,000 students are enrolled this fall, and nearly 90% are from the Central Valley. In addition, the 2019-20 state budget is providing funding for 1,000 upper-division transfer students in the spring semester.

An integral part of the Fresno State “experience” for students and staff is community collaboration.

Thousands of students, faculty and staff volunteers provided more than 1 million hours of service to the community this past year, just as they have done annually over the past decade. They paint murals at local schools, work with community benefit organizations, and run a camp for children dealing with a parent’s cancer diagnosis.

Washington Monthly uses what it calls “a different kind of college ranking” and focuses on colleges that best serve the country instead of those best known for prestige and wealth.

In addition, more undergraduates are working faculty on research. Examples include senior Micah Olivas and junior Alyssa Rivera — 2019 Goldwater Scholarship winners — who are looking at ways to treat cancer and other diseases.

You can view Washington Monthly’s 2019 National University Rankings at this link.

Fresno State is among the “Top 100 Colleges and Universities for Hispanics” in four categories of The Hispanic Outlook on Education Magazine’s annual rankings.

The university ranked No. 22 for total enrollment of Hispanic students in four-year schools and No. 40 in awarding graduate degrees to Hispanics.

Fresno State also ranked high by major, placing second in the top 10 for awarding agricultural business and management degrees and eighth for awarding bachelor’s degrees in parks, recreation, leisure and fitness studies. The rankings were based on 2017 data from the National Center for Education Statistics.