Rolling Stones Get Name on Martian Rock That Rolled 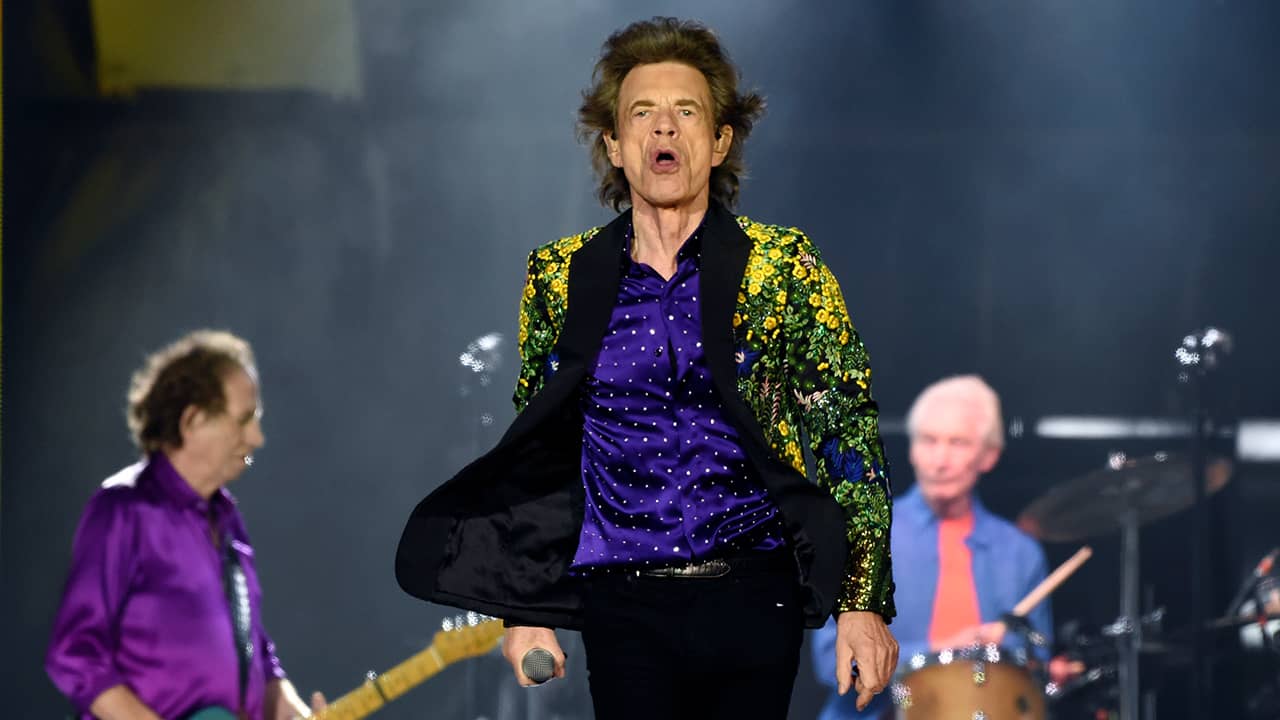 PASADENA — There is now a “Rolling Stones Rock” on Mars, and it’s giving Mick, Keith and the boys some serious satisfaction.
NASA named a little stone for the legendary rockers after its InSight robotic lander captured it rolling across the surface of Mars last year, and the new moniker was made public at Thursday night’s Rolling Stones’ concert at the Rose Bowl.


The Farthest NASA Has Seen a Rock Roll

“Charlie, Ronnie, Keith and Mick — they were in no way opposed to the notion,” Downey said, “but in typical egalitarian fashion, they suggested I assist in procuring 60,000 votes to make it official, so that’s my mission.”
He led the audience in a shout of “aye” before declaring the deed done.
Jagger later said, “I want to say a special thanks to our favorite action man Robert Downey Jr. That was a very nice intro he gave.”
The rock, just a little bigger than a golf ball, was moved by InSight’s own thrusters as the robotic lander touched down on Mars on Nov. 26.
It only moved about 3 feet, but that’s the farthest NASA has seen a rock roll while landing a craft on another planet.
“I’ve seen a lot of Mars rocks over my career,” Matt Golombek, a JPL geologist who has helped NASA land all its Mars missions since 1997, said in a statement. “This one probably won’t be in a lot of scientific papers, but it’s definitely one of the coolest.”

Poking Fun at His Advanced Years

The Rolling Stones and NASA logos were shown side by side in the run-up to the show as the sun set over the Rose Bowl, leaving many fans perplexed as to what the connection was before it was announced.
The concert had originally been scheduled for spring, before the Stones postponed their No Filter North American tour because Jagger had heart surgery.
The 76-year-old showed no signs of poor health or even his age as he danced, pranced and boogied up and down a long catwalk that extended to the middle of the stadium’s field.
He did poke fun at his advanced years.
“It’s great to be back at the Rose Bowl in Pasadena,” Jagger said. “At least I think we’ve been here before.” (They have, in 1994.)
He also said, “We walked up and down Hollywood Boulevard looking for the Rolling Stones star but couldn’t find it.” (The band doesn’t have one.)
And he took a dig at President Donald Trump’s recent talk of acquiring Greenland when introducing his bandmates.
“On the drums,” Jagger shouted, “Greenland’s new economic adviser, Charlie Watts!” 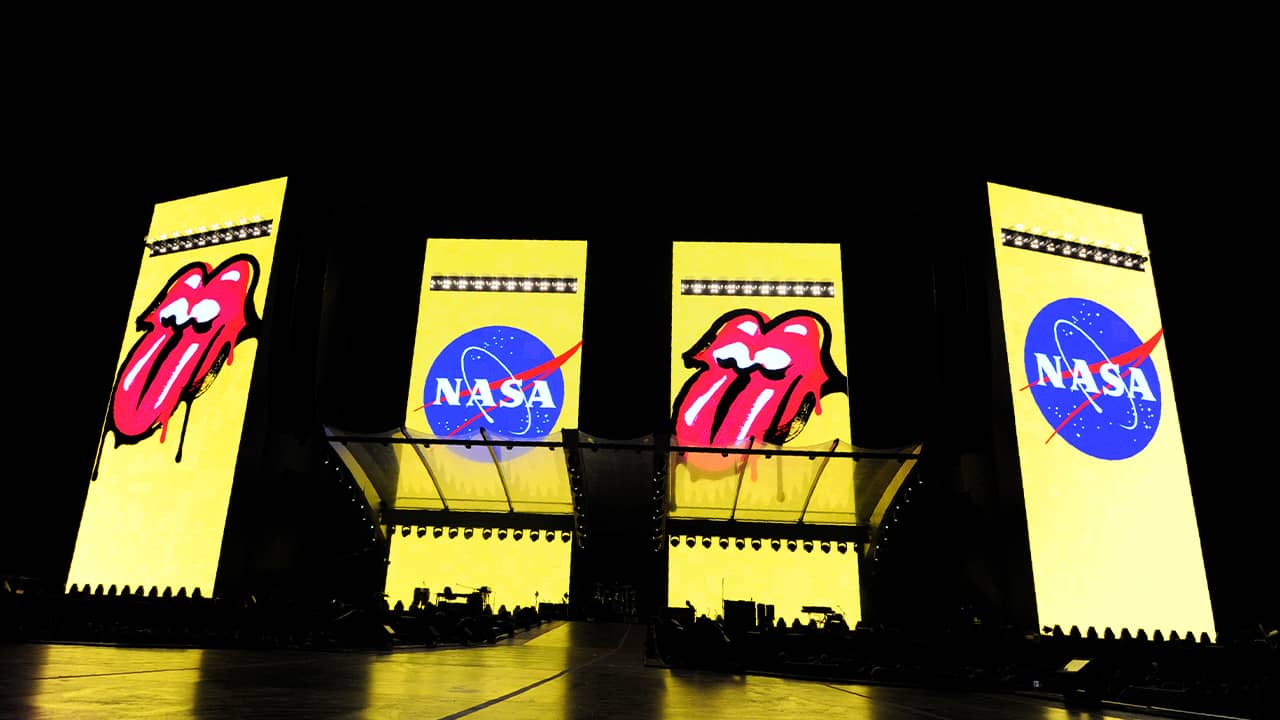 The logos for the band The Rolling Stones and NASA are displayed side-by-side on video monitors onstage before the Rolling Stones’ concert at the Rose Bowl, Thursday, Aug. 22, 2019, in Pasadena, Calif. Actor Robert Downey Jr. announced from the stage before the show that NASA has officially named a rock spotted rolling across the surface of Mars by its InSight lander “Rolling Stones Rock.” (Photo by Chris Pizzello/Invision/AP)