Israel Blamed for Hit on Iran-Backed Militia Depot in Iraq 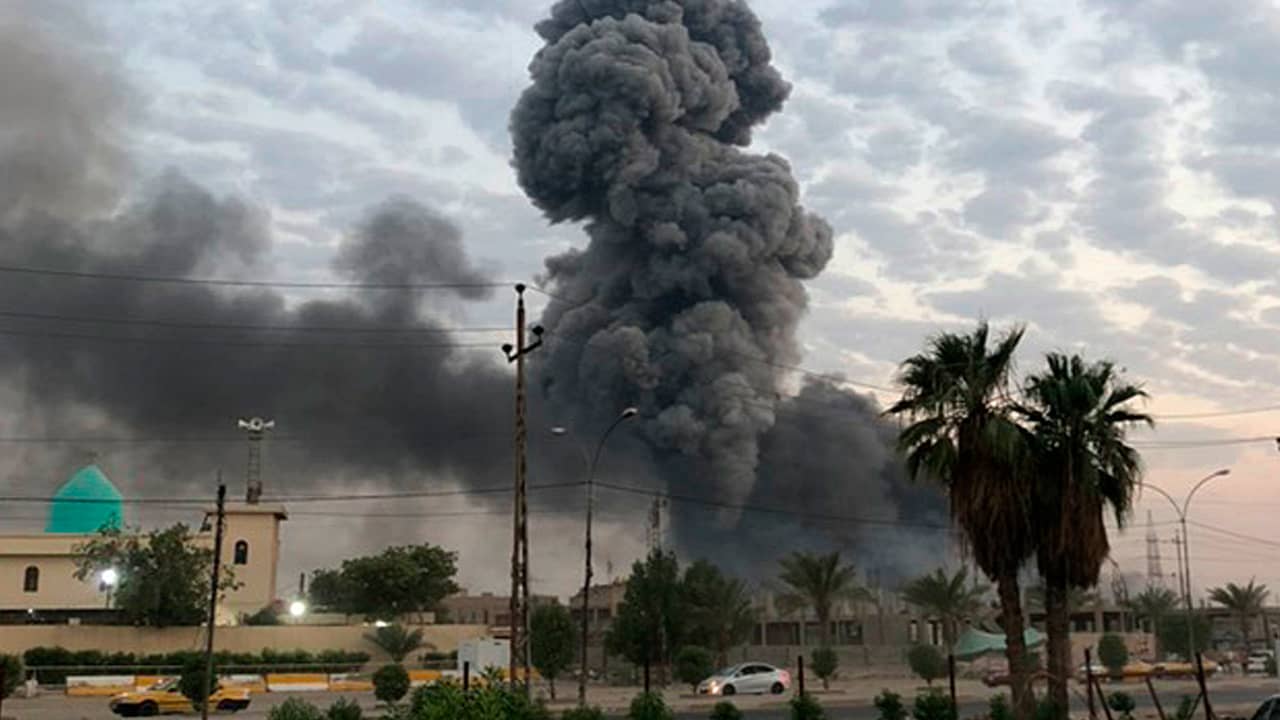 BAGHDAD — An Israeli airstrike on an Iranian weapons depot in Iraq, confirmed by U.S. officials, is threatening to destabilize security in the volatile country that has struggled to remain neutral in the conflict between Washington and Tehran.
It would be the first known Israeli airstrike in Iraq since 1981, when Israeli warplanes destroyed a nuclear reactor being built by Saddam Hussein, and significantly expands Israel’s campaign against Iranian military involvement in the region.
The July 19 attack targeted a base belonging to Iranian-backed paramilitary forces in Amirli in the northern Salaheddin province, and killed two Iranians. The attack was followed by at least two other mysterious explosions at munitions depot near Baghdad belonging to the militias.
No one has claimed responsibility for any of the attacks, which have set back security and stability in the country just as it appeared to be on the path to recovery following a devastating fight against the Islamic State group, and decades of war and conflict before that.
Earlier this week, the deputy head of the Iraqi Shiite militias, known collectively as the Popular Mobilization Forces, openly accused Israeli drones of carrying out the attacks but ultimately blamed Washington for allowing it to happen and threatened strong retaliation for any future attack.

Iraq’s government, by contrast, has said it is investigating the attacks and has yet to determine who was behind them, warning against attempts to drag Iraq into any confrontation.
Security analyst Motaz Mohieh said Iraq’s weak government will not be able to announce the results of its investigation “because it will constitute an embarrassment” for it.

U.S. forces withdrew from Iraq in 2011, but returned in 2014 at the invitation of the government to help battle IS after it seized vast areas in the north and west of the country, including the second-largest city, Mosul. A U.S.-led coalition provided crucial air support as Iraqi forces regrouped and drove IS out in a costly three-year campaign.
The U.S. maintains about 5,000 troops in Iraq, and some groups say there’s no longer a justification for them to be there now that IS has been defeated.
The comments by al-Maliki, who was prime minister for eight years and now heads a Shiite bloc in parliament, follow fiery threats to the U.S. made hours earlier by the powerful Hezbollah Brigades, an Iran-backed militia. In a statement, it held the U.S. responsible for the strikes and said any new attacks will be met with a harsh response.
“Be sure that if the confrontation between us starts, it will only end with your removal from the region once and for all,” it said.
Two U.S. officials said Israel carried out an attack on the Iranian weapons depot in July that killed two Iranian military commanders. The U.S. officials spoke on condition of anonymity because they were not authorized to discuss the matter with the media.
A senior official with the Shiite militias at the time told The Associated Press that the base housed advisers from Iran and Lebanon — a reference to the Iranian-backed Lebanese Hezbollah group. He said the attack targeted the headquarters of the advisers and a weapons depot, causing a huge explosion and fire.


There Have Been Weeks of Speculation in Israel

Iranian media reported a funeral the next day for Abolfazl Sarabian, identified as a “shrine defender,” which typically denotes someone fighting in Iraq and Syria.
On Aug. 12, a massive explosion killed one person and wounded 28 at the al-Saqr military base near Baghdad, shaking the capital. The base housed a weapons depot for the Iraqi federal police and the PMF. The most recent of the explosions came Tuesday night, at a munitions depot north of Baghdad.
There have been weeks of speculation in Israel that the army is attacking targets in Iraq.
The confirmation comes as Israeli Prime Minister Benjamin Netanyahu hinted strongly that his country is behind recent airstrikes on bases and munitions depot belonging to Iran-backed paramilitary forces operating in Iraq.
In an interview with a Russian-language TV station Thursday, Netanyahu indicated the speculation is true.
“I don’t give Iran immunity anywhere,” he said, accusing the Iranians of trying to establish bases “against us everywhere,” including Syria, Lebanon, Yemen and Iraq.
Asked whether that means Israel is operating in Iraq, Netanyahu said: “We act in many arenas against a country that desires to annihilate us. Of course I gave the security forces a free hand and the instruction to do what is needed to thwart these plans of Iran.”

Israel Considers Iran to Be Its Greatest Enemy

The New York Times, citing Israeli and U.S. officials, reported Friday that Israel bombed an Iranian weapons depot in Iraq last month.
Israel has previously acknowledged hundreds of airstrikes on Iranian targets in neighboring Syria, primarily arms shipments believed to be destined for Iran’s Hezbollah allies.
Israel considers Iran to be its greatest enemy and has repeatedly vowed it will not allow the Iranians, who are supporting the forces of Syrian President Bashar Assad, to establish a permanent military presence in Syria.
To strike Iraq, Israeli warplanes could potentially travel through neighboring Syria — although that would likely require agreement from Russia, which operates in Syrian skies in support of the Syrian president. Israel and Russia maintain a hotline to prevent their air forces from clashing in Syrian airspace.
On Friday, Netanyahu spoke by telephone with Russian President Vladimir Putin. According to a statement from his office, the leaders discussed the situation in Syria, with emphasis on tightening the military coordination mechanisms.
The other, more complicated option would be for Israeli warplanes to travel through Turkey, a former ally that now has cool relations with Israel, or through Saudi Arabia, to carry out strikes on Iraq.
Israel and the Saudis do not have formal diplomatic relations, but are believed to have established a behind-the-scenes alliance based on their shared hostility toward Iran.

Markets Tumble on Growing Tariffs Rift Between US, China