Shooter at Large After LA Deputy Shot at Sheriff's Station 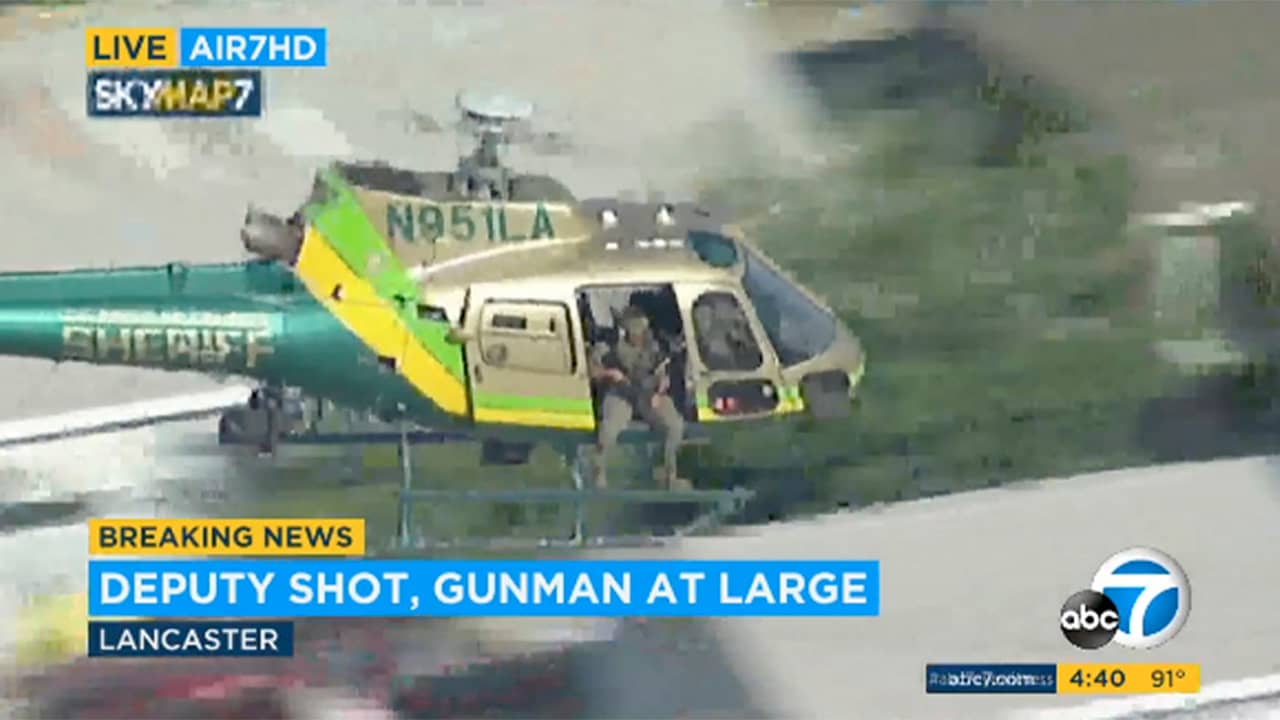 LOS ANGELES — A shooter remained at large after wounding a Los Angeles County sheriff’s deputy in a sheriff’s station parking lot in the Mojave Desert city of Lancaster, authorities said.
A search of the area concluded early Thursday without finding a suspect, said Deputy Morgan Arteaga, a department spokeswoman. A person detained during the search was not related to the case, she said.
The search had focused on a nearby building complex that provides housing to people with mental health issues.
The victim, Deputy Angel Reinosa was treated and released following the Wednesday afternoon shooting, Arteaga said.
Reinosa, 21, was hit while heading to his car in the employee parking lot of the Lancaster station shortly before 3 p.m., Capt. Todd Weber said.
Mayor R. Rex Parris said the deputy was wearing a ballistic vest that deflected the bullet into his shoulder.

Deputy With Sheriff’s Department for About a Year

Deputies searched for the sniper inside the block-long, four-story structure with many windows that overlook the sheriff’s facility in downtown Lancaster, a desert city of about 160,000 people north of Los Angeles.
Tactical teams were working their way through the building Wednesday night, evacuating some people and having others shelter in place, Weber said.

Deputies Cleared Other Nearby Buildings, Including a Library

The apartment building is adjacent to and partners with a nonprofit that provides housing, counseling and other services to people with mental health issues, according to the website for Mental Health America, Antelope Valley Enrichment Services.
The nonprofit said several housing units are “designated specifically for individuals with disabilities … who are ready for independent living.”
But the mayor said the building “caters to, is designed for and allows mentally ill people to live there. That’s all that lives there, is mentally ill people.”
A perimeter was set up as deputies used binoculars to determine where the gunfire came from after the shooting.
Deputies cleared other nearby buildings, including a library. Authorities urged residents to avoid the neighborhood.
Metrolink train service was halted in the area.
The sheriff’s station is surrounded by shops and restaurants in a downtown area of the city in the Mojave Desert about 60 miles north of downtown Los Angeles.

Off the Hook: California King Salmon Rebounds After Drought