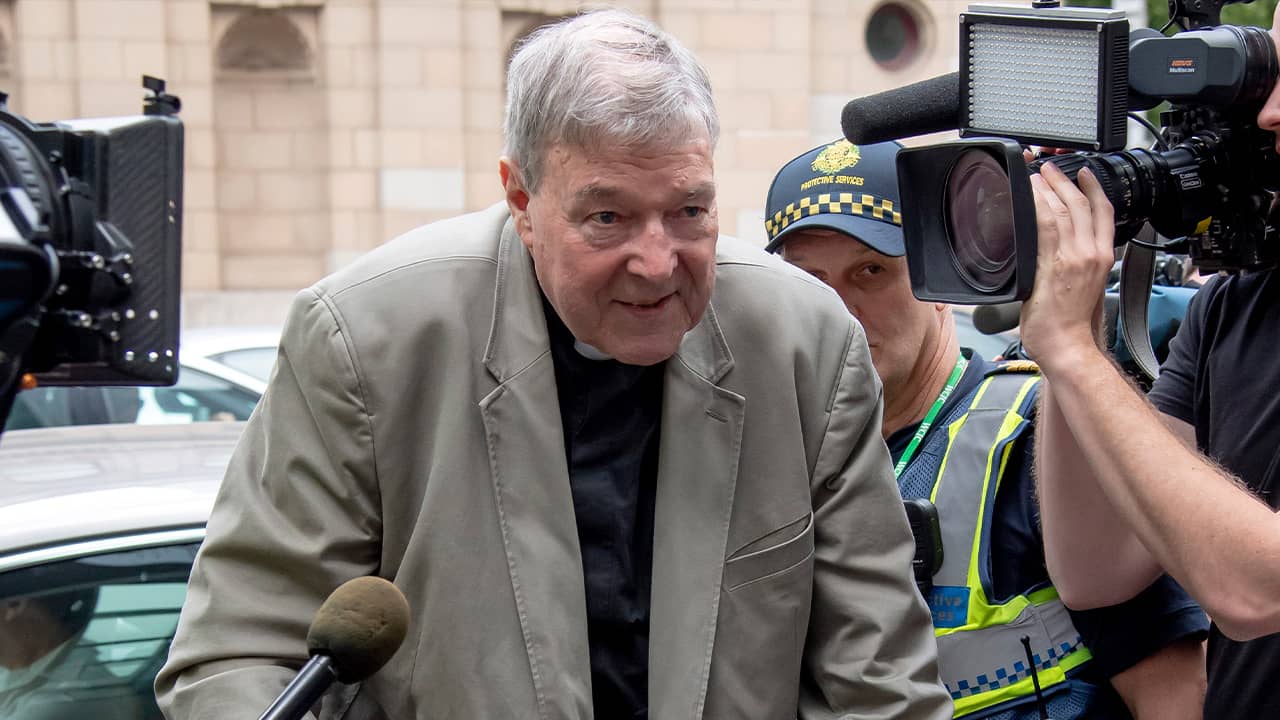 MELBOURNE, Australia — An Australian appeals court Wednesday upheld convictions against Cardinal George Pell, the most senior Catholic to be found guilty of sexually abusing children, in a decision cheered by scores of abuse survivors and victims’ advocates demonstrating outside the court.

“I respectfully receive the court’s decision and I encourage everyone to do the same,” Melbourne Archbishop Peter Comensoli said in a statement.
Pell was sentenced to six years in prison in March and is no longer a member of Pope Francis’ Council of Cardinals or a Vatican official. Prime Minister Scott Morrison said soon after the appeal was rejected that Pell would be stripped of his Order of Australia honor.
Pell, 78, showed no emotion when Chief Justice Anne Ferguson read the verdict to a packed courtroom but bowed his head moments later. He wore a cleric’s collar but not his cardinal’s ring. Pell had arrived at the court in a prison van and was handcuffed as he was led away by a guard.
Clerical sexual abuse and the Catholic Church’s handling of such cases worldwide have thrown Francis’ papacy into turmoil.
In a little more than a year, the pope has acknowledged he made “grave errors” in Chile’s worst cover-up, Pell was convicted of abuse, a French cardinal was convicted of failing to report a pedophile, and a third cardinal, former U.S. church leader Theodore McCarrick, was defrocked after a Vatican investigation determined he molested children and adults.
Ferguson said she and President of the Court of Appeal Chris Maxwell “decided that it was open to the jury to be satisfied beyond reasonable doubt that Cardinal Pell was guilty.”
The two judges “accepted the prosecution’s submission that the complainant was a very compelling witness, clearly not a liar, was not a fantasist and was a witness of truth,” Ferguson said.

The dissenting judge, Mark Weinberg, “could not exclude as a reasonable possibility that some of what the complainant said was concocted,” particularly in relation to the charge that Pell had squeezed the boy’s genitals and shoved him against a cathedral corridor wall as they passed in the midst of the choir moments after a Mass, she said. 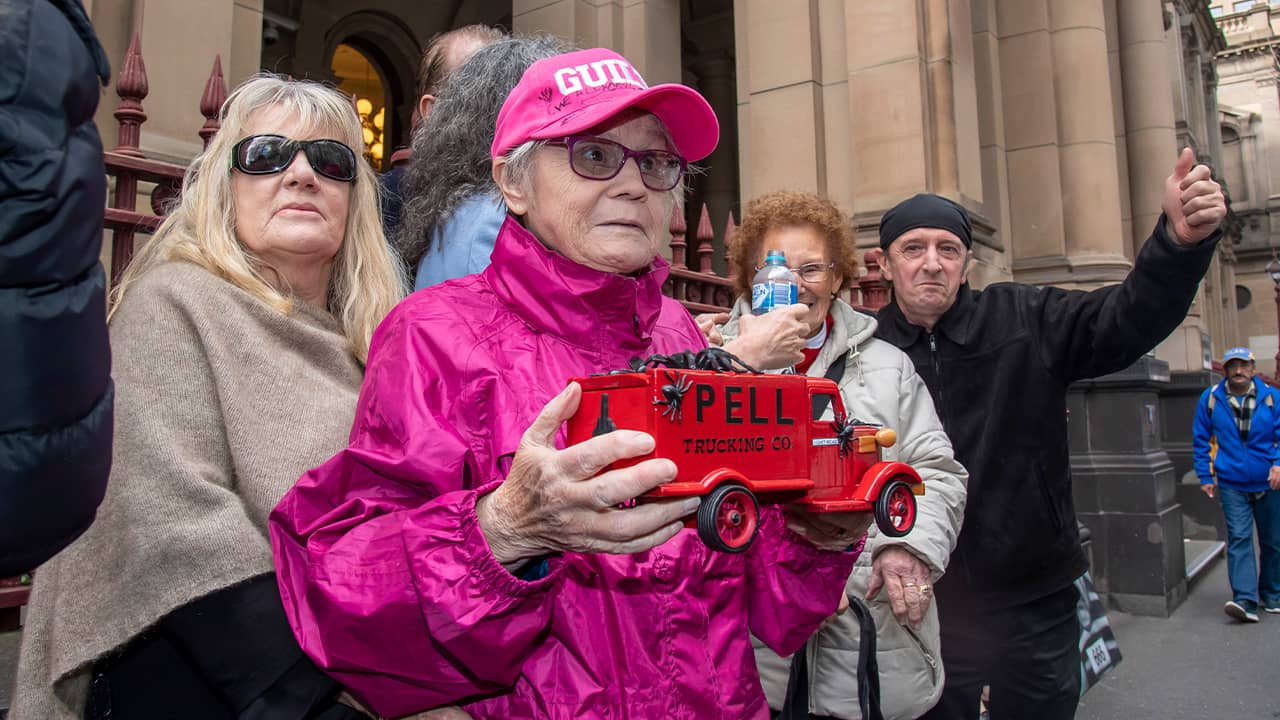 The father of the deceased victim shed tears of relief in the courtroom when Pell’s appeal was denied, his lawyer said.
Lawyer Lisa Flynn said the father had an “extremely tough wait” for the judgment against Pell and the court made the correct decision. “The disgraced cardinal is in the right place behind bars.”
An earlier trial had ended with a deadlocked jury, with at least two jurors holding out for conviction or acquittal. While Pell’s lawyers argued in the appeal that the jury must have had reasonable doubt, the prosecutors said contrasting evidence from more than 20 priests, choristers, altar servers and church officials still did not preclude guilty verdicts.
The abuse occurred months after Pell became archbishop of Australia’s second-largest city and had set the world’s first compensation arrangement for victims of clergy sexual abuse.
The victim who testified said the incident in the corridor occurred in early 1997. The jury also concluded that Pell in late 1996 had orally raped the same choirboy and indecently dealt with the boy and his friend in a rear room of the cathedral after catching them swigging altar wine.
Pell did not testify at either of his trials. But both juries saw a video of a police interview of him in Rome in 2016 in which Pell rejected the allegations as “absolutely disgraceful rubbish” and a “deranged falsehood.”
A non-profit group that seeks accountability for sex abuse in the Catholic church said the ruling was a watershed that should give all victims hope. “Catholics everywhere owe thanks to the incredibly brave victim who brought Pell to justice,” the U.S.-based group said in a statement.

Pell Has Been Held in Protective Custody

It also expressed hope Australia would continue to investigate Pell. “An abusive bishop is, inevitably, an enabler of other sexual criminals. His sphere of negative influence extends beyond his own victims, hurting the children (who) are raped or assaulted by the abusive clerics to whom he gives safe harbor.”
Pell must serve a minimum of three years and eight months of his six-year sentence before he will be eligible for parole. He has been held in a Melbourne prison in protective custody as a convicted pedophile.
Prison authorities have been investigating whether Pell breached rules by writing a letter dated Aug. 1 that was circulated by his supporters on social media. Prison rules forbid prisoners from posting on social media, using the internet, or asking others to post on their behalf.
The two-page, handwritten letter thanked supporters for letters Pell has received and said his faith was his “source of strength.”
He could face further legal consequences from an Australian government-commissioned inquiry into how the church and other institutions responded to child sex abuse over decades.
Pell testified to the inquiry by video link from Rome in 2016. The redacted report issued in 2017 made no mention of Pell to avoid publishing information that could “prejudice current or future criminal or civil proceedings.”