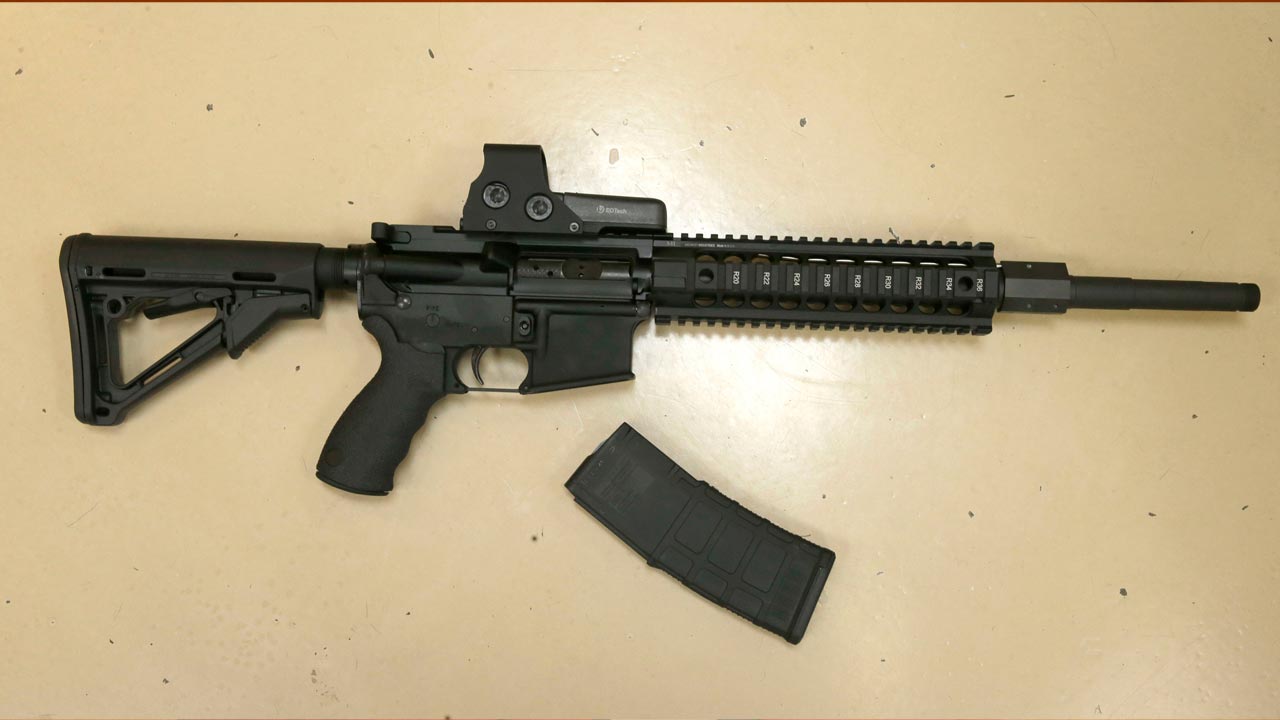 SAN DIEGO — A gun-rights group sued Thursday to block California from enforcing its assault weapons ban, contending it violates the Second Amendment right to bear arms.
The lawsuit was the latest among gun advocacy and lobbying groups to challenge California’s firearms laws, which are among the strictest in the country, and comes after a recent series of deadly mass shootings nationwide involving military-style rifles.

The lawsuit was filed in the same San Diego federal court district where a judge in April tossed out a nearly two-decade-old California ban on sales and purchases of ammunition magazines holding more than 10 bullets.
The new lawsuit says that decision by U.S. District Judge Roger Benitez undercuts California’s ban on certain weapons defined as “assault weapons” because they can use large-capacity magazines. Benitez’s decision triggered a weeklong buying frenzy before he stopped sales while the state appeals his ruling.
In July, the California Rifle & Pistol Association — an affiliate of the National Rifle Association — asked the same judge to block a new law requiring background checks for anyone buying ammunition.
The latest lawsuit could go before the same judge.

It was filed on behalf of three San Diego County men who own legal rifles or pistols and want to use high-capacity magazines in them but can’t because doing so would turn them into illegal assault weapons under California statutes and they could be confiscated, the lawsuit argued. Another plaintiff is the San Diego County Gun Owners Political Action Committee.
It names state Attorney General Xavier Becerra and the head of the state Department of Justice firearms bureau.
Becerra, who is defending the state’s gun and ammunition laws, didn’t immediately respond to a request for comment.
The lawsuit said the term assault weapon is “a politically-concocted pejorative term” for weapons lawfully used “in virtually every state” and argued that California is barring law-abiding citizens from getting, making or transferring “firearms in common use for lawful purposes such as self-defense inside and outside the home, competition, sport, and hunting.”
It asks the court to declare California’s definition of an assault weapon unconstitutional and issue an order permanently barring enforcement of laws barring them on grounds of their ammunition magazine capacity.

Fact Checkers Catch Gov. Newsom in a Whopper About Homeless