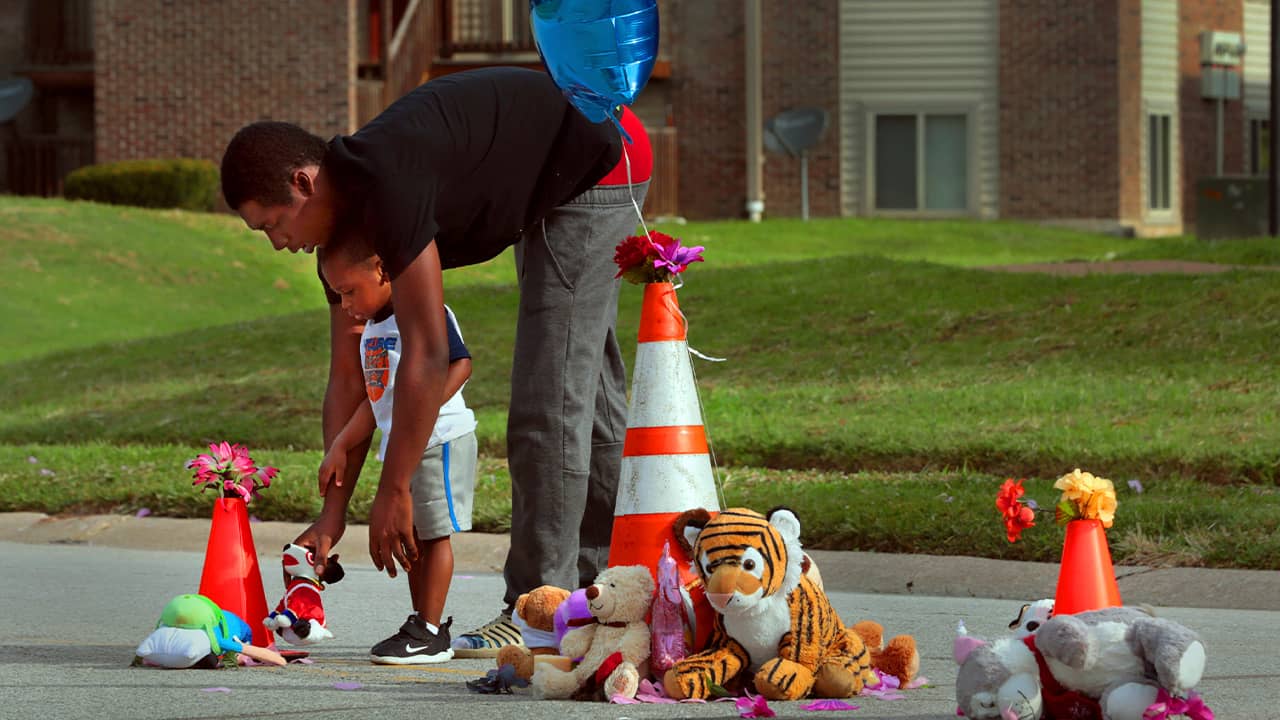 CLAYTON, Mo. — On the fifth anniversary of Michael Brown’s death in Ferguson, his father is urging the top St. Louis County prosecutor to reopen the investigation into the white police officer who fatally shot the black and unarmed 18-year-old.
Michael Brown Sr. spoke Friday outside the St. Louis County Justice Center.

In a statement to The Associated Press, Bell would not say if the case may be reopened but said his office “is doing everything we can to understand the underlying issues that contributed to the tragic death of Michael Brown.”
The statement said Bell’s office is working with police “to implement policies and reforms that meaningfully address those issues, and help this community and this region heal.”
Bell also is forming a special unit within his office to look at officer-involved shootings and potential cases of wrongful convictions.
Brown’s mother, Lesley McSpadden, also has urged Bell to reopen the case.
Brown and a friend were walking down the middle of Canfield Drive when Wilson told them to move to the sidewalk. An exchange of words led to a fight inside Wilson’s SUV. Brown got out and began to run, then turned around to face the officer.
Wilson told investigators that he shot Brown — who was 6 feet, 4 inches tall and 290 pounds — in self-defense. Some people in the Canfield Green apartment complex near the shooting initially claimed Brown had his hands up in surrender, but the grand jury found no evidence to confirm that. 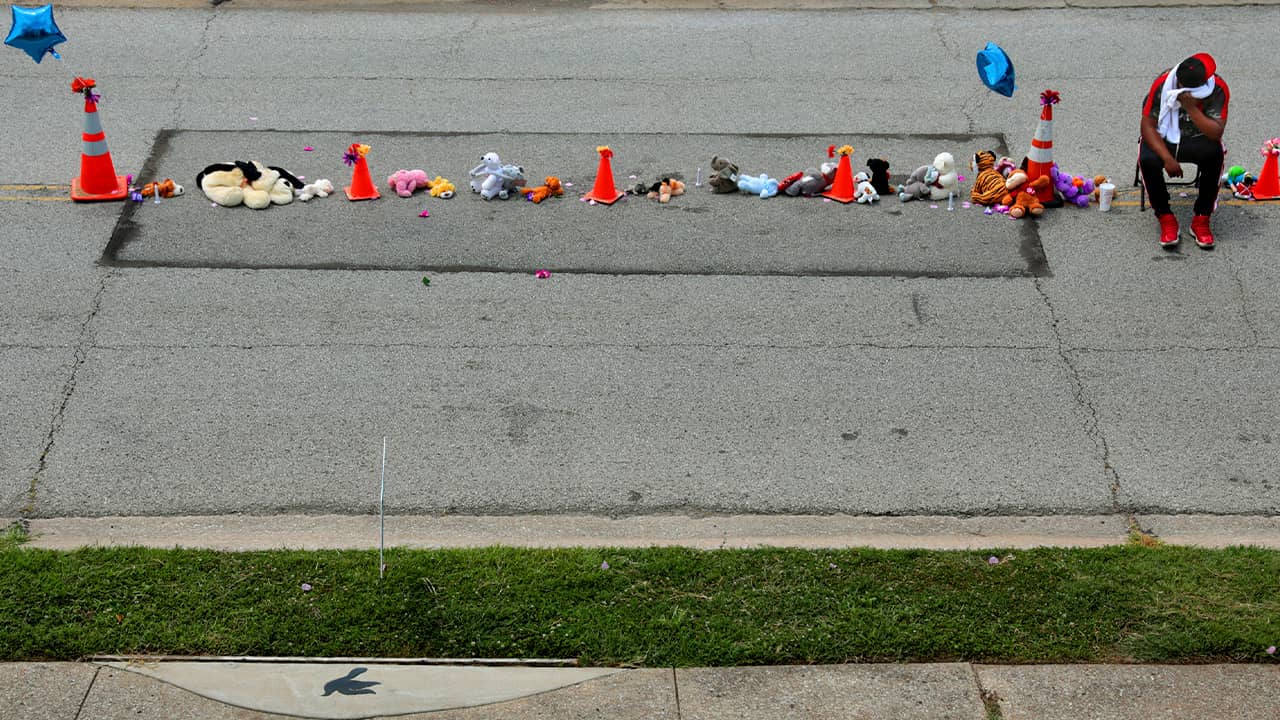 A man who declined to be identified unfolded a metal chair in the middle of Canfield Drive at a rebuilt memorial to Michael Brown, Jr., preparing to guard it through the night Thursday before the fifth anniversary of Brown’s fatal shooting. (Robert Cohen/St. Louis Post-Dispatch via AP)

The shooting led to weeks of protests that included looting and violent confrontations between demonstrators and police officers, many in riot gear and with military-style weapons. Protests escalated again after the grand jury announcement on Nov. 24, 2014. Wilson resigned days after the announcement.
While the Justice Department declined to indict Wilson , it issued a report citing racial prejudice in the Ferguson Police Department and a municipal court system that made money through court fines and legal fees, costs largely borne by black residents. A consent agreement signed in 2016 requires significant reforms.
Bell, 44, is among a wave of progressive prosecutors elected in recent years. His office seeks alternatives to incarceration when possible, such as some non-violent drug crimes. He has ended prosecution of most marijuana possession cases and reduced use of cash bail.
Bell would face no restrictions in re-examining Brown’s death for potential murder charges. Wilson was never charged and tried, so there is no double-jeopardy. There is no statute of limitations on filing murder charges.
It would be unusual for a prosecutor to reopen an old case that’s been so thoroughly examined, but not unheard of. A Philadelphia prosecutor initially declined to charge actor Bill Cosby with sexual assault, but a new prosecutor was elected and Cosby was charged and convicted.

UK Economy Shrinks for First Time Since 2012 as Brexit Bites