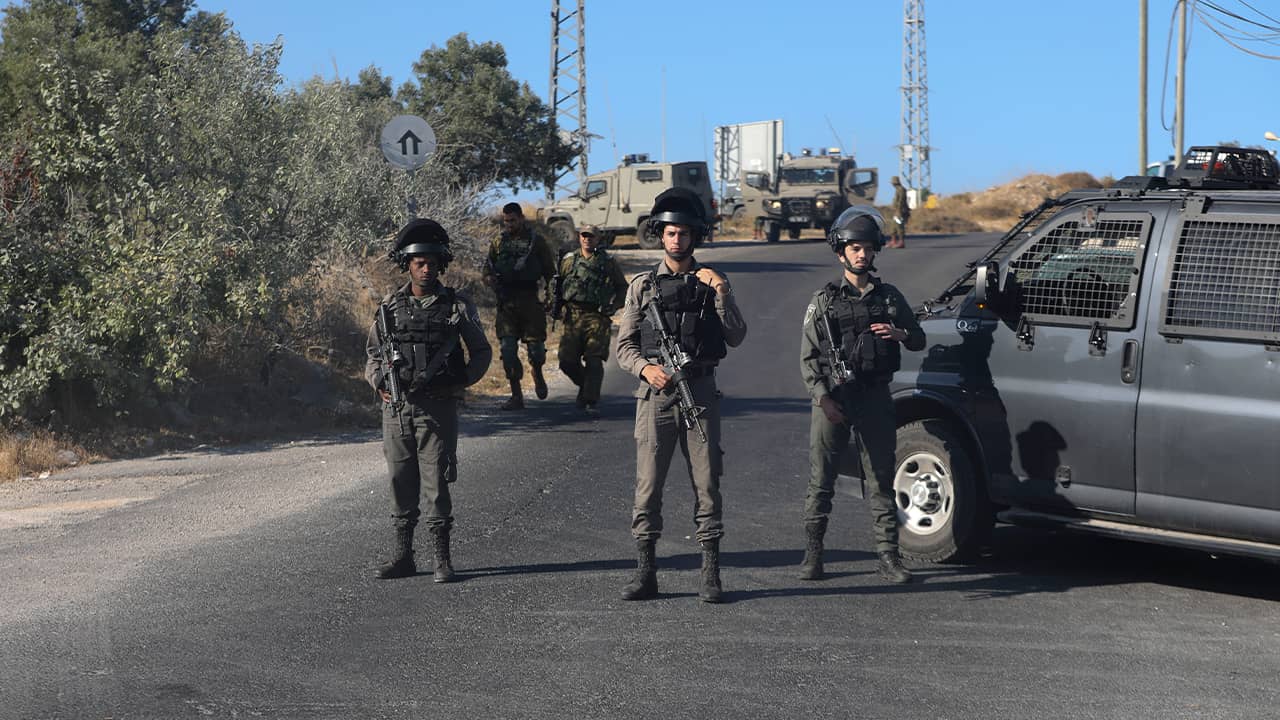 JERUSALEM — Israeli troops raided a Palestinian village on Thursday and the military said it was sending reinforcements to the West Bank, hours after the body of a 19-year-old soldier with stab wounds was found near a Jewish settlement.
Prime Minister Benjamin Netanyahu denounced the killing as a terror attack and vowed the killers would be brought to justice.
The killing threatened to inflame tensions between Israelis and Palestinians just over a month before Israel’s parliament elections. In response to the incident, Netanyahu’s nationalist allies called for further West Bank settlement construction and a heavy handed response.
The soldier was identified as 19-year-old Dvir Sorek, from the West Bank settlement of Ofra, north of Jerusalem. He was a student at a pre-military Jewish seminary in the Gush Etzion settlement bloc, south of Jerusalem. His body was found on the side of a road near the seminary.
Army spokesman Lt. Col. Jonathan Conricus said that the soldier was neither armed nor in uniform when his body was found. He said the military was investigating the circumstances of his death and searching for suspects.

More Troops Called Up to West Bank in Response

As part of the searches, a column of Israeli jeeps entered the nearby Palestinian village of Beit Fajar, a mile south of where the body was found. Soldiers blocked the road and searched homes.
The military said it was calling up more troops to the West Bank in response to the incident.

Sorek’s father, Yoav, is the editor of a Hebrew language Jewish history magazine and the Shiloach Journal of for Policy and Thought.

Yuli Edelstein, the speaker of Israel’s parliament and a prominent figure in Netanyahu’s Likud party, responded to the attack on Israeli public radio Thursday saying “we should move in the direction of exercising sovereignty over our settlements. To make it clear that terrorism will not drive us away,” he said.
Israel captured the West Bank, along with east Jerusalem and the Gaza Strip, in the 1967 Mideast war.
The Palestinians seek the territories as part of a future state, with the occupied West Bank as the centerpiece and east Jerusalem as a capital.
Most of the international community considers Israel’s West Bank settlements illegal and an obstacle to creating a two-state solution for the Israeli-Palestinian conflict. Israel considers the territories “disputed,” and says the fate of the settlements should be determined through negotiations, which have been moribund for years.
The body of the soldier was found in the same region as the kidnapping and killing of three Israeli teenagers by Palestinian militants in the summer of 2014, an incident that helped precipitate a war between Israel and Hamas in the Gaza Strip.