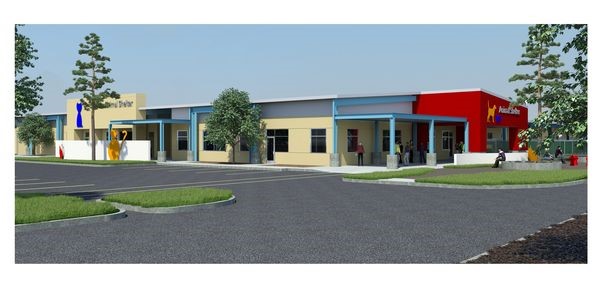 Plans for a new animal shelter in a northwest Fresno neighborhood appear over.

In response to a lawsuit filed by opponents of the proposed northwest location, FHAS sent Fresno County officials a letter announcing the formal withdrawal of its desire to build near Grantland Avenue and Highway 99.
Instead, the county will move its animal control operation using public money, forgoing a privately-funded facility that stirred strong opposition.
“We are no longer interested in pursuing this project,” the one-paragraph, July 25th letter stated. FHAS also asked for a refund of its processing fees on the project.
The land and the building at the northwest location would have been adjacent to a future location of Derrel Ridenour’s namesake business, Derrel’s Mini Storage. Ridenour himself pledged to donate the land and fund construction.
FHAS, which operates the animal shelter on behalf of the county, long has said that the current location is inadequate to properly serve the stray dogs, cats, and other animals it takes in.
“We’re just very sad and disappointed,” Mitchell said about losing the proposed Grantland facility. “It was a dream and would have been fantastic for the whole community.”
She added that the prospect of a long and costly lawsuit led to the decision to scuttle the site.
[tnc-pdf-viewer-iframe file=”https://gvwire.s3.us-west-1.amazonaws.com/wp-content/uploads/2019/08/09011114/FHAS-letter-withdrawal.pdf” width=”800″ height=”700″ download=”true” print=”true” fullscreen=”true” share=”true” zoom=”true” open=”true” pagenav=”true” logo=”true” find=”true” current_view=”true” rotate=”true” handtool=”true” doc_prop=”true” toggle_menu=”true” language=”en-US” page=”” default_zoom=”auto” pagemode=””]

After months of community meetings that generated vociferous objections by some residents, the Fresno County Board of Supervisors approved a zoning change in 2018, which could have paved the way for the new shelter.
But, neighbors already frustrated by growing traffic and lack of accessible roads, barked back. They said the shelter might draw more people to the area, just blocks from their homes. They also expressed concern that the shelter would be near churches and the Herndon-Barstow Elementary School. Even after approving the proposed Grantland location, the county never stopped looking for an alternative site. They have been looking for another site for years.
Last month,  supervisors approved the purchase for nearly $500,000 of property at West Avenue, south of Nielsen Avenue. It is a half-mile from the county’s animal shelter.
The new location will provide nearly 123,000 square feet, much larger than the current facility, Mitchell said.