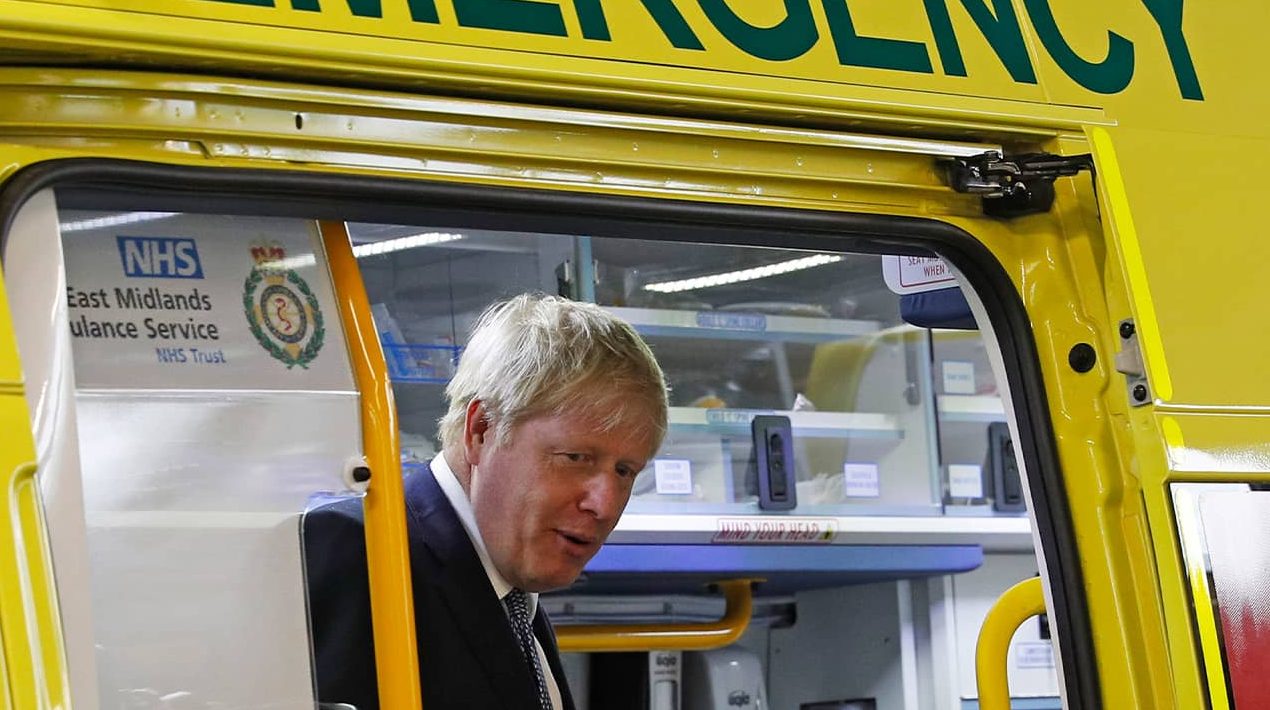 LONDON — In Brussels and London, one question is growing louder: Can Boris Johnson be stopped?
Britain’s prime minister says the U.K. is leaving the European Union in less than 90 days, either with a divorce deal, or — it seems increasingly likely — without one. With Britain and the bloc each accusing the other of torpedoing an agreement, pro-EU British lawmakers are gearing up for a last-ditch effort to prevent a no-deal Brexit. But it’s not clear whether Parliament can halt a prime minister who insists the U.K. will leave on Oct. 31 “come what may.”


“In theory it can. In practice it is very, very difficult.” — British constitutional expert Vernon Bogdanor
“In theory it can,” British constitutional expert Vernon Bogdanor told the BBC. “In practice it is very, very difficult.”
By law, Britain will leave the EU on Oct. 31 when the official countdown period set by EU treaty expires. The original deadline of March 29 was extended twice as British politicians wrangled over departure terms and repeatedly rejected then-Prime Minister Theresa May’s divorce deal with the bloc.
Johnson says he will “strain every sinew” to get a new and improved deal. But he has held no talks with EU leaders, and has made demands the bloc is almost certain to reject. Britain insists the EU must reopen the withdrawal agreement and remove an Irish border provision that is opposed by Brexit-backing British lawmakers. The EU says it will not renegotiate the deal.
The two sides are accusing each other of torpedoing talks. Michael Gove, the British minister in charge of no-deal preparations, said Tuesday he was “deeply saddened” that the EU was “refusing to negotiate with the U.K.” But EU Commission spokeswoman Annika Breidthardt said the bloc’s door was open “should the United Kingdom wish to hold talks and clarify its position in more detail.”

No-Confidence Vote on Johnson Has Good Chance of Success

As tensions rise, Johnson has ordered British officials to “turbo-charge” preparations for a no-deal exit, setting aside more than 2 billion pounds ($2.4 billion) to hire border officials, stockpile medicines and prepare for backlogs of trucks around the major Channel port of Dover.
Many economists say a no-deal Brexit will trigger a recession and cause economic mayhem, with shortages of fresh food and other goods likely as customs checks snarl Britain’s ports.
Pro-EU members of Parliament are vowing to put up a fight once Parliament returns from its summer break Sept. 3. They have two possible strategies: pass a law ruling out a no-deal Brexit, or topple the government and replace it with a new one that will abandon Johnson’s intransigent approach.

“The odds of an election are rising as backbench MPs contemplate ways in which they can frustrate Johnson’s plans,” said Mujtaba Rahman, managing director for Europe at political risk consultancy Eurasia Group. “We’re moving to a situation where there is unlikely to be much progress in August. September and October are going to be frantic. And that’s an understatement.”
Opposition Labour Party leader Jeremy Corbyn said Monday that he would call a no-confidence vote in the government once Parliament returns, to “make sure this government is not allowed to take this country out of the union (EU) with no deal.”
A no-confidence vote has a good chance of success, since Johnson’s Conservatives have a working majority of just one vote, and some Conservative lawmakers are deeply opposed to a no-deal Brexit. If the government lost, it would have 14 days to overturn the result by winning a new vote. If it could not, an election would be held.

But the Fixed-Term Parliaments Act — an election-regulating law introduced in 2011 — leaves questions about what happens during that crucial 14 days. The opposition says Johnson would have to resign, and see if anyone else could form a government. Opponents of Brexit believe they could cobble together a national unity administration whose only purpose would be to ask the EU to delay Brexit while an election or a new referendum, or both, was held.