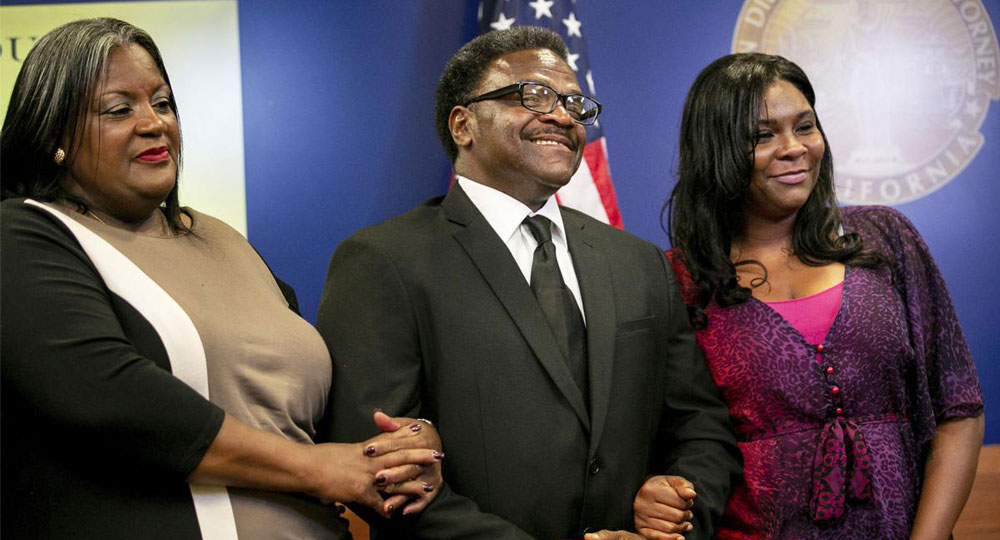 SAN DIEGO — A man facing life in prison for a “three strikes” conviction is likely the first released under a new California law allowing a second look at such sentences, which came to be because of the slaying of a Fresno teenager 27 years ago.
“You’re looking at a grateful man,” Kent Joy Williams, 57, said at a Thursday news conference reported by the San Diego Union-Tribune .
Williams is believed to be the first person freed under California Assembly Bill 2942, which took effect in January. It allows prosecutors to take a fresh look at whether a sentence was unjustly harsh compared to current sentencing guidelines.
Under the “Three Strikes and You’re Out” law, a defendant can receive a third strike for a serious or violent felony. Two strikes doubles the sentence, and the third strike results in a sentence of 25 years to life.

The law was the result of a ballot initiative driven by Fresno’s Mike Reynolds, whose 18-year-old daughter, Kimber, was fatally shot as she fought for her purse during a robbery attempt outside a restaurant in the Tower District in 1992.
Williams spent 16 years in prison after he was convicted of burglary and auto theft. It was his third-strike felony conviction after a decade of previous offenses and the judge sentenced him to 50 years to life.
Today, that sentence would only apply to murder using a firearm, San Diego County District Attorney Summer Stephan said at the news conference.
The last two victims of Williams’ burglaries were notified about the chances of his early release and one didn’t respond but the other didn’t oppose it, the Union-Tribune said.

‘I Will Make Amends for the Rest of My Life’

At the news conference, Williams thanked his wife, the district attorney and God for helping him turn his life around.
Williams took self-improvement courses in prison, said he has been drug-free for 15 years, has a full-time job, is enrolled in school and has renewed relationships with his family, including a son and daughter and grandchildren.
“I will make amends for the rest of my life,” he said.
Assemblyman Phil Ting, a San Francisco Democrat, carried the bill that freed Williams.
At the news conference, he said there are 115,000 people in state custody and they cost taxpayers $12 billion a year.
“Our criminal justice system is not working the way it is should be” and the bill “gives people a second chance,” Ting said.