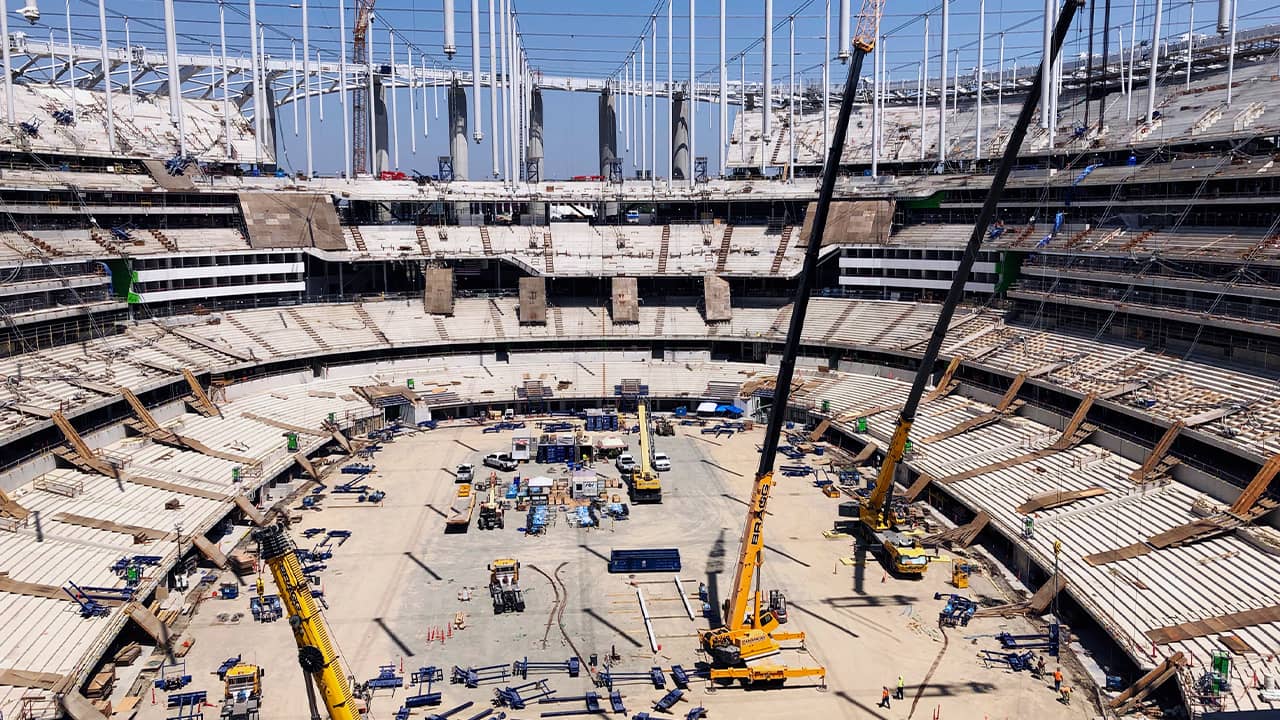 INGLEWOOD — The NFL committed the 2022 Super Bowl to the Los Angeles area back when the 298-acre stadium complex in Inglewood was still mostly a waterlogged hole in the ground.
That hole has long since been filled by the skeleton of a massive arena, and thousands of workers are making rapid weekly progress toward its grand opening in July 2020.

Most of Those Plans Are Still in the Preliminary Stages

The Packers beat the Chiefs in the first Super Bowl in 1967 at Los Angeles’ venerable Coliseum, a mere 8 miles northeast of the Inglewood project. The NFL has played seven Super Bowls around the LA area, but none since 1993 — less than two years before the Rams and Los Angeles Raiders simultaneously left town and ushered in a 21-year professional football drought in the nation’s second-largest metropolitan area.
“There’s so much history in Los Angeles around the Super Bowl,” O’Reilly said. “It was clear that once this stadium was out of the ground, (the Super Bowl) was going to come back here, and we have to do right by it.”
Most of those plans are still in the preliminary stages. The NFL could hold Super Bowl week events in the coastal Pacific cities, in bustling downtown Los Angeles or at numerous points elsewhere in the sprawling LA metroplex.
“We’ve got a lot of good variables,” O’Reilly said. “What’s probably changed the most since ’93 is that the Super Bowl is now a nine-day festival environment with all these components. You want to find ways for all the people who aren’t fortunate enough to be in here to experience the Super Bowl in their own way. That’s what we’re looking at.”
The Super Bowl is just one of many landmark events headed to Inglewood in the next decade. College football’s national championship game will be there in January 2023, followed by the opening and closing ceremonies of the 2028 Olympics. Along with two full slates of NFL games annually, the stadium will host a college football Los Angeles Bowl starting next year — and they’re also hoping to land World Cup matches in 2026.

The Complex is Twice as Big as Vatican City

Despite its incredible scope, the stadium already is roughly 75% complete, with most of the physical structure in place. Most of the remaining work is considered “finishes,” with hundreds of workers spending the next full year adding every detail necessary to open for business in 12 months.

US Presidential Envoy Sent to Sweden for A$AP Rocky's Trial