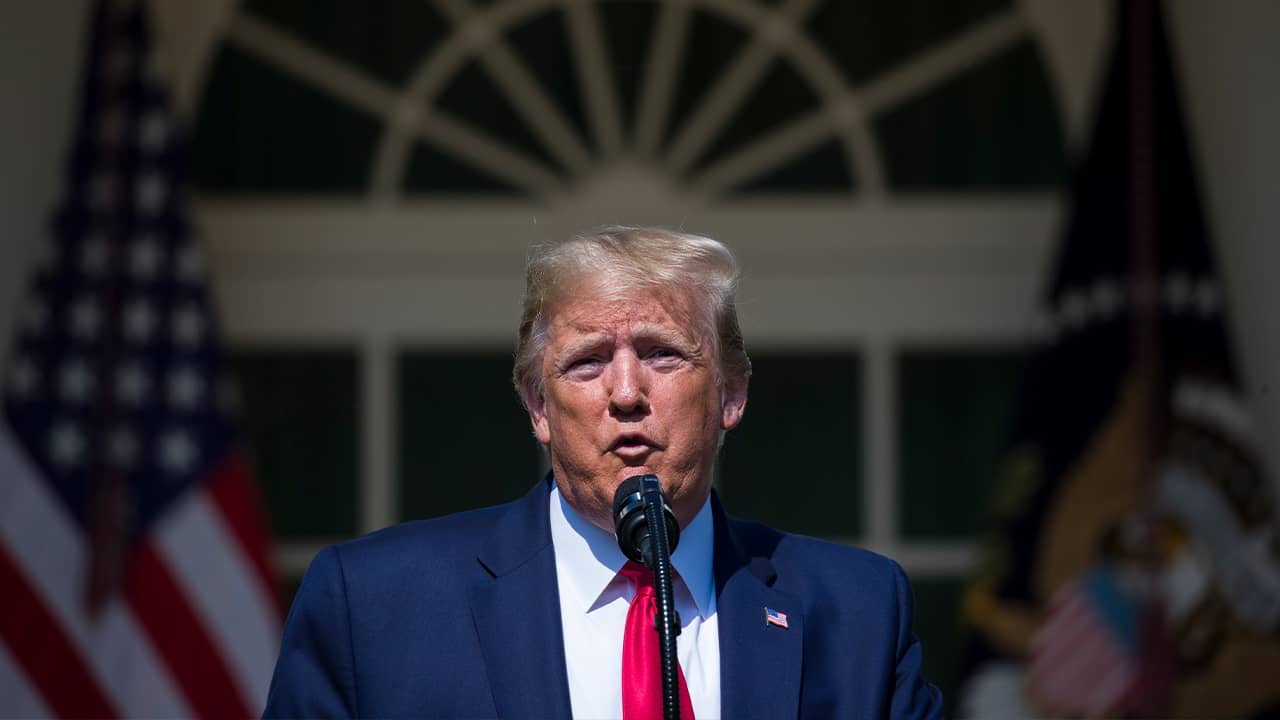 BROOKFIELD, Wis. — Carol Evans approves of Donald Trump’s immigration policy. She gives him credit for the strong economy. But the Republican from the affluent Milwaukee suburbs of Waukesha County, a GOP bedrock in the state, just can’t commit to voting for the president next year like she did in 2016.
“I just don’t like the way he talks about other people,” Evans, a 79-year-old retired data entry supervisor, said recently as she walked through a shopping mall in Brookfield, Wisconsin, days after Trump fired off a racist tweet at Democratic congresswomen.
The president’s recent return to racial politics may be aimed at rallying his base of white working-class voters across rural America. But the risks of the strategy are glaring in conversations with women like Evans.
Many professional, suburban women — a critical voting bloc in the 2020 election — recoil at the abrasive, divisive rhetoric, exposing the president to a potential wave of opposition in key battlegrounds across the country.
In more than three dozen interviews by The Associated Press with women in critical suburbs, nearly all expressed dismay — or worse — at Trump’s racially polarizing insults and what was often described as unpresidential treatment of people. Even some who gave Trump credit for the economy or backed his crackdown on immigration acknowledged they were troubled or uncomfortable lining up behind the president.
The interviews in suburbs outside Philadelphia, Milwaukee, Detroit and Denver are a warning light for the Republican president’s reelection campaign. Trump did not win a majority of female voters in 2016, but he won enough — notably winning white women by a roughly 10 percentage-point margin, according to the American National Election Studies survey — to help him eke out victories across the Rust Belt and take the White House.

Since then, there are few signs Trump has expanded his support among women. The 2018 midterms amounted to a strong showing of opposition among women in the suburbs, registering in unprecedented turnout overall, a Democratic House and a record number of women elected in statehouses across the country.
A continuing trend of women voting against Republicans could prove exceedingly difficult for Trump to overcome in his 2020 reelection bid.


“It was mainly when he got into office when my opinion started changing. Just the way he treats people.” — Emily West
“It’s one of the more serious problems that the Republicans face,” said G. Terry Madonna, a pollster and director of the Center for Politics and Public Affairs at Franklin and Marshall College in Pennsylvania.
The affluent, largely white and politically divided suburbs across the Rust Belt are widely viewed as a top battleground, the places where Trump needs to hold his voters and Democrats are hoping to improve their showing over 2016.
In the Detroit suburb of Novi, where Democrat Hillary Clinton narrowly beat Trump in 2016, pet store worker Emily West says she probably would have cast her ballot for Trump if she had voted in 2016. Now, she’s primed to vote against him.
“It was mainly when he got into office when my opinion started changing,” said West, 26. “Just the way he treats people.”
West spoke days after Trump fired off a tweet calling on four Democratic congresswomen of color to “go back” to their home countries, even though three of the four were born in the United States. Trump’s supporters later turned “send her back” into a rally cry aimed at the one foreign-born member of the group, Rep. Ilhan Omar of Minnesota, who arrived in the U.S. as a child refugee from Somalia.

Colorado, Once a Competitive Swing State, Is Slipping From GOP

Over the weekend, Trump picked up another racial trope, using his Twitter feed to attack Democratic Rep. Elijah Cummings and his majority-black Baltimore district by calling it a “disgusting, rat and rodent infested mess” where “no human being would want to live.”

Pollsters say it is difficult to measure whether female voters will count Trump’s behavior against him more than their male counterparts will in 2020. But interviews with women reveal a clear discomfort with Trump’s character: It emerged again and again in the AP’s interviews and was a consistent objection cited by women across the political spectrum.
“I did not think it was going to be as bad as it is — definitely narcissism and sexism, but I did not think it was going to be as bad as it is,” said Kathy Barnes while shopping in the Denver suburb of conservative-leaning Lone Tree. “I am just ashamed to be an American right now.”
Barnes, a 55-year-old former insurance broker, left the Democratic Party years ago because she was open to voting Republican, but now she is one of the reasons that Colorado, once a competitive swing state, has been slipping away from the GOP.
In Novi, Michigan, Yael Telgheder, 36, says she tends to vote Democratic and reluctantly voted for Clinton in 2016, “even though I didn’t like either, by the way.” Asked about Trump, the database manager lowers her voice.
“I don’t think I should say those words in front of my daughter,” she said, her 3-year-old next to her. “To be honest, there are certain things that — he’s a businessman — so I understand the reasons behind them. But all of the disrespect and lies and stuff like that, it’s just too much for me.”

Such women are an electoral threat to the president in large part because women outnumber and outvote men, noted Kelly Dittmar, a political science professor and a scholar at the Center for American Women and Politics at Rutgers University.