Rapper A$AP Rocky Charged With Assault Over Fight in Sweden 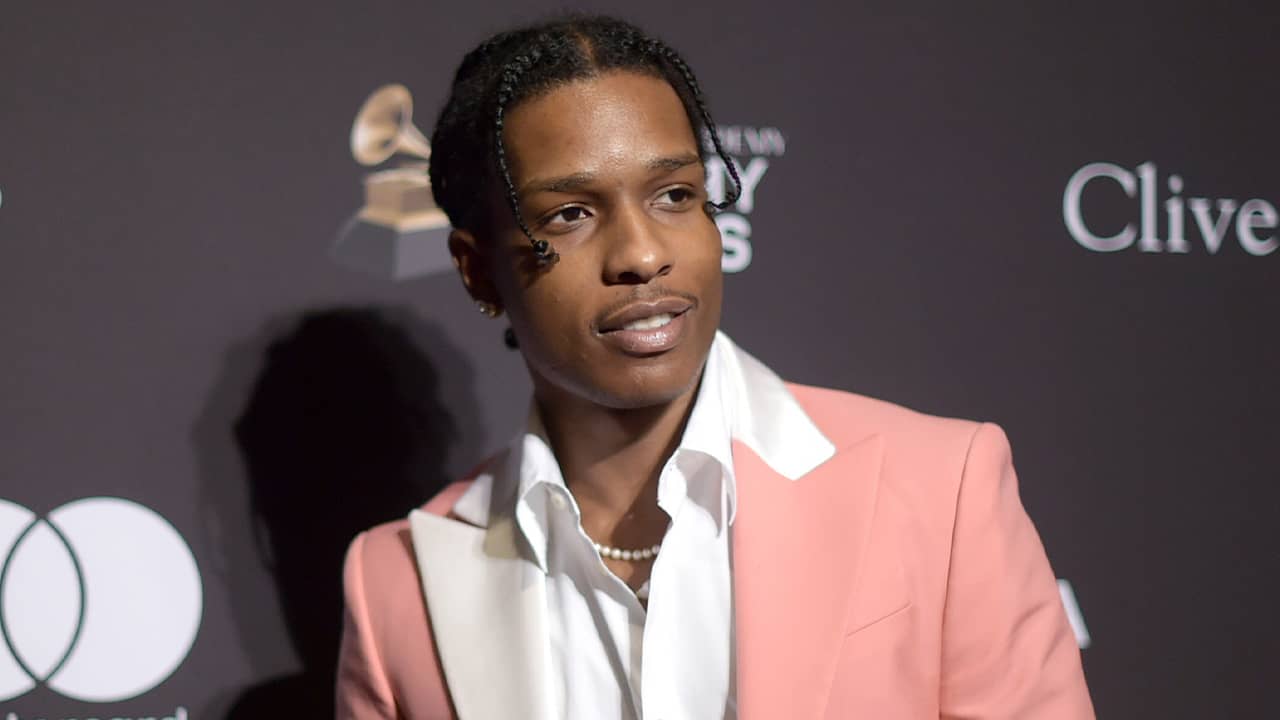 STOCKHOLM — A Swedish prosecutor on Thursday charged rapper A$AP Rocky with assault over a fight in Stockholm last month, in a case that has drawn the attention of fellow recording artists as well as U.S. President Donald Trump.
Rocky, a platinum-selling, Grammy-nominated artist whose real name is Rakim Mayers, has been in custody since July 3 as authorities investigate a fight he was allegedly involved in June 30 before appearing at a music festival.
Prosecutor Daniel Suneson said in a statement that he filed charges against the artist and two others “suspected of assault causing actual bodily harm, having come to the conclusion that the events in question constitute a crime and despite claims of self-defense and provocation.”
The rapper and the other two suspects, who were described as members of his entourage but not identified, will remain in custody until trial.
The prosecutor has recommended the Stockholm District Court set aside three days for the trial, which defense lawyer Slobodan Jovicic said is expected to start Tuesday. The charges can carry a maximum sentence of two years in prison.
Videos published on social media appear to show a person being violently thrown onto the ground by Rocky, 30. The rapper asserts it was self-defense.

Counter-Allegation Made by Rocky’s Bodyguard

Suneson said that he concluded otherwise after studying videos available to investigators. 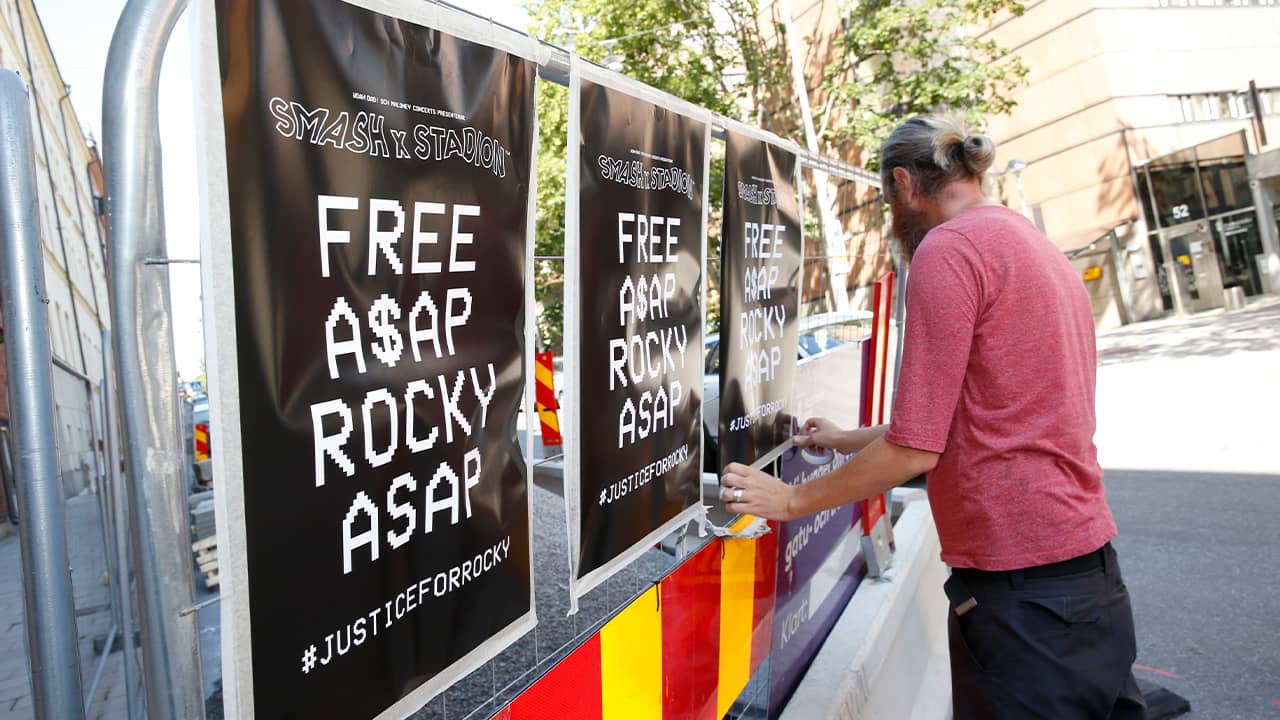 A man displays posters in support of American rapper A$AP Rocky, whose real name is Rakim Mayers, outside the Kronoberg custody in Stockholm, Sweden on Thursday. (Fredrik Persson/TT News Agency via AP)

On Saturday, Trump said he spoke with Swedish Prime Minister Stefan Lofven about A$AP Rocky and “offered to personally vouch for his bail,” something that is not available under Swedish law. Urged on by the first lady and celebrities including Kanye West and Kim Kardashian West, the president had said in a Friday tweet that he would intervene to try to free Rocky.
Lofven’s press secretary, Toni Eriksson, later said that the two leaders had a “friendly and respectful” conversation in which Lofven “made certain to emphasize the complete independence of the Swedish judicial system, prosecutors and courts” and stressed that the government cannot and will not attempt to influence the legal proceedings.
“There’s been a lot of support from a lot of different people, and Rakim Mayers is of course very thankful for everybody that has reached out,” Jovicic said. He added that “it’s been a very hard time for him.”
Sweden’s ambassador to Washington, Karin Olofsdotter, told Swedish public broadcaster SVT that she has been forced to call off her summer holiday to deal with the rapper’s case. She has had meetings with members of the U.S. Congress, who she said struggled to understand that one can be detained in Sweden without having the opportunity to be released on bail.
Olofsdotter and Jovicic both rejected speculation that racist motives might have played a role in A$AP Rocky’s arrest.
“No, no, no. I think that we have not a racist society here,” Jovicic said. “I don’t see that angle at all.”