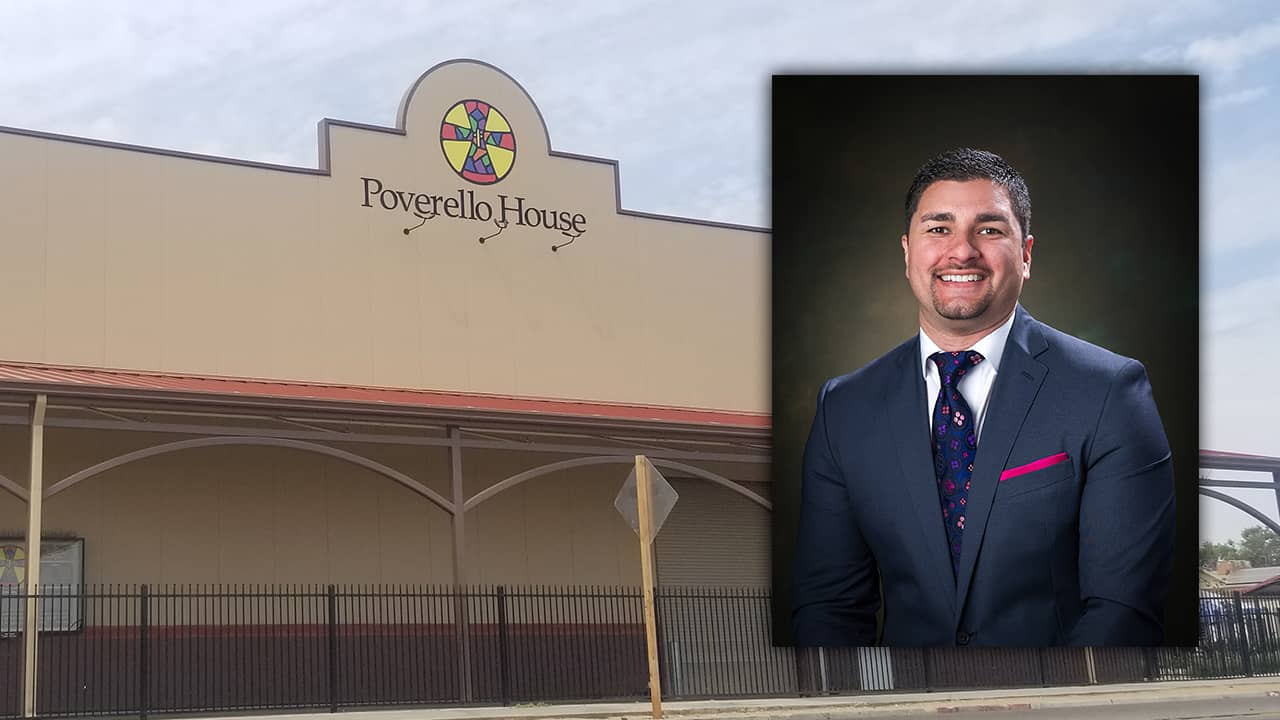 The CEO of a downtown Fresno homeless shelter and service provider is moving on.
Poverello House announced Tuesday that Cruz Avila is leaving the nonprofit after six years on the job. His last day is Friday.

During his time with Poverello House, Avila spearheaded fundraising efforts for a new warehouse and operations center, as well as better shelter housing.
A $1 million grant from the State of California’s Department of Social Services that was secured with the help of Assemblyman Joaquin Arambula in 2017 helped fund the improvements.

Avila says it’s an amicable departure.
“It’s bittersweet for me. God has opened a new door to provide a beacon of hope,” Avila said.
He added in a news release:
“I have been given the blessing of receiving a white canvas to paint a true picture that will create a masterpiece on our homeless concerns.  It has been through my working experience and collaborations that has lead me on this new journey and continue to provide hope to those in need.”

His soon-to-be former employer wished Avila well.
“The Board of Directors is grateful for Cruz Avila’s leadership as he helped guide Poverello House to a greater alignment with its mission of enriching the lives and spirits of all who pass our way,” said Tom Ferdinandi, co-chair of the Poverello’s board of directors.
Poverello House said it is searching for Avila’s replacement.
According to the news release, Avila will be working as a CEO for another local “community-minded organization.”
The late “Papa Mike” McGarvin founded Poverello House in 1973.
A printer at The Fresno Bee, McGarvin started by handing out sandwiches from the back of his car to those down on their luck.