Hoverboarder Crashes in Bid to Fly Over English Channel, Vows to Try Again 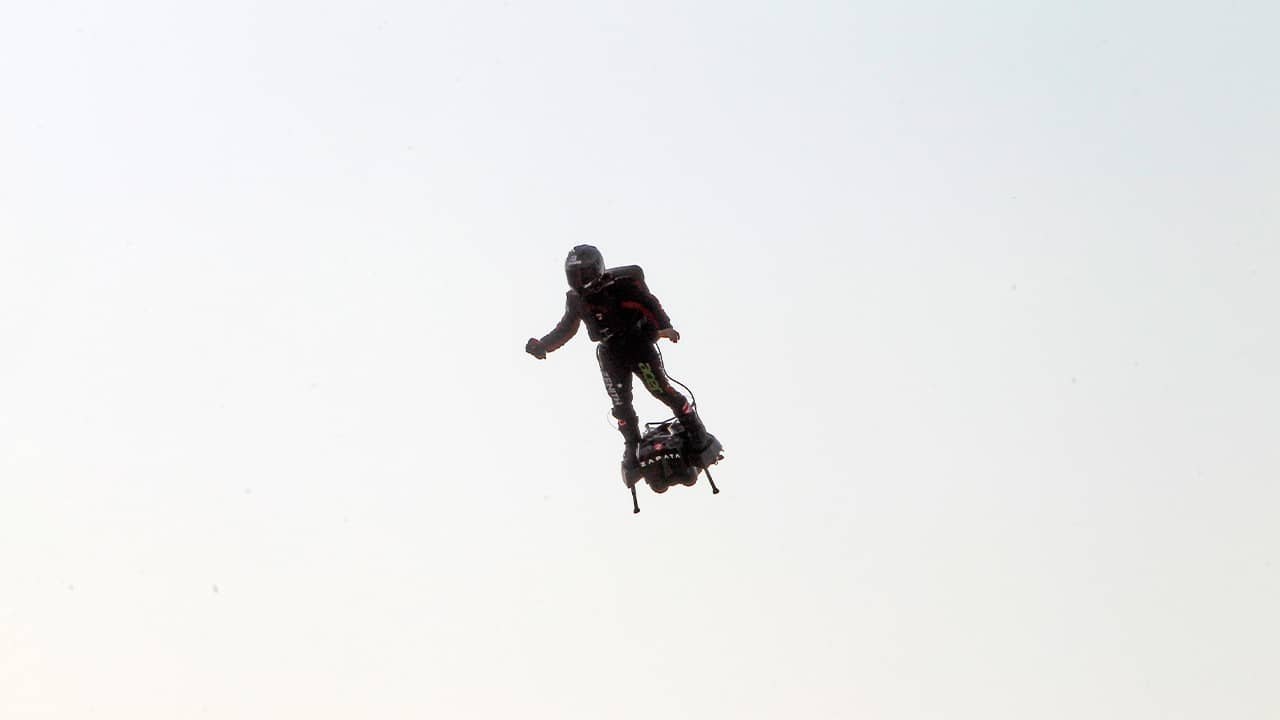 SANGATTE, France — Looking like a superhero, the French inventor of an airborne hoverboard glided partway over the English Channel on his personal flying machine then crashed in the sea Thursday.


“I felt really great. It’s just fantastic. I was flying. It was like a dream.” — Franky Zapata
Unharmed and undeterred, 40-year-old Franky Zapata said he plans to try again. Perhaps within days.
The inventor collided with a refueling boat just a few hours into his flight, destroying his transportation, a homemade version of the Flyboard his company sells commercially.
After being rescued from the Channel’s choppy waters, Zapata smiled and said, “We won’t give up until we succeed.”
Zapata took off to cross the Channel from the French coastal town of Sangatte. From afar, it looked like he was skateboarding on the sky.
He hoped to travel 22.4 miles to the Dover area in southeast England. Propelled by a power pack full of kerosene, he planned to refuel from a boat partway across.
“I felt really great. It’s just fantastic,” Zapata told reporters later of the experience. “I was flying. It was like a dream.” 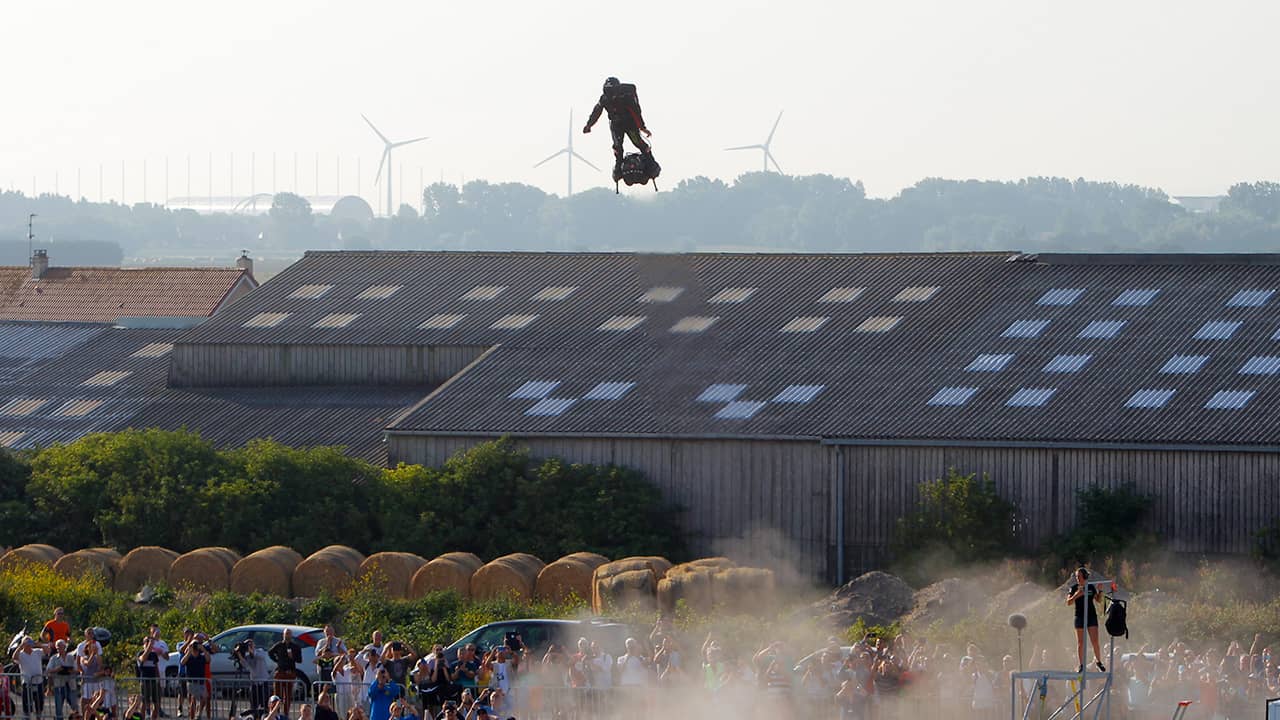 Inventor Franky Zapata takes to the air in Sangatte, Northern France, at the start of his attempt to cross the Channel from France to England on Thursday. (AP Photo/Michel Spingler)

Plans to Build a New Board, Prepare a New Trip

Reaching speeds up to 110 mph, he traveled some 20 kilometers, more than halfway to the English shore. That’s farther than he had ever traveled on his air-board.