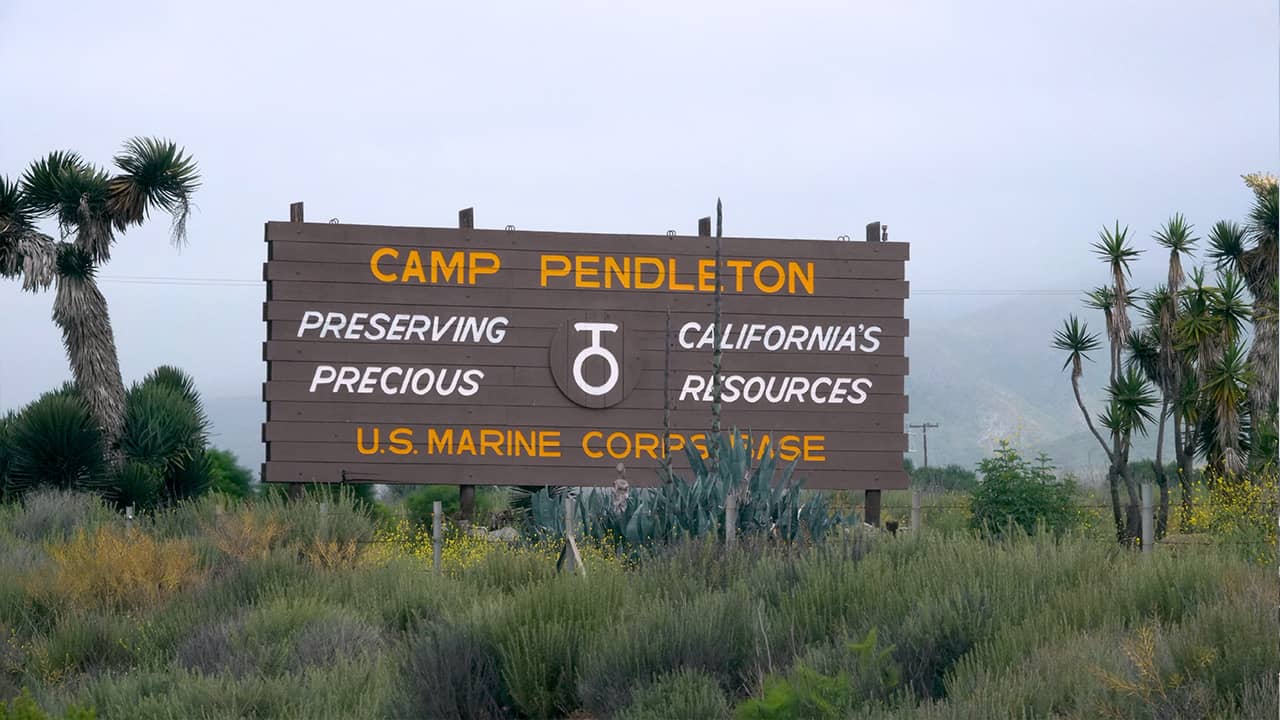 SAN DIEGO —  Sixteen Marines were pulled out a battalion formation Thursday morning at Camp Pendleton and arrested in connection with a human smuggling investigation.
None of the Marines was involved in helping to enforce border security, the Marine Corps said in a news release. The base is located about an hour north of the U.S.-Mexico border.
The arrests come weeks after two Marines were arrested near the border by a Border Patrol agent. The two were accused of smuggling three Mexicans into the United States. Thursday’s arrests came after naval investigators pulled information from the two Marines’ phones, according to Task & Purpose, a news site that focuses on military issues.

According to the Marine Corps statement, those arrested Thursday are charged with crimes ranging from human smuggling to drug-related offenses. Another eight are being questioned about their alleged involvement in drug offenses as part of a separate investigation.
Officials could not be immediately reached for further comment.
Marines this year were brought in to help support the Department of Homeland Security in reinforcing the border by installing razor wire on top of existing barriers. Military troops are barred from making arrests of immigrants.

2 Marines Pulled Over by Border Patrol

In the earlier case, the two Marines were pulled over July 3 by a U.S. Border Patrol agent near Jacumba Hot Springs, near the border and about 50 miles east of San Diego, according to reports by Quartz and Marine Corp Times.
Three undocumented immigrants who were in the back seat told authorities they planned to pay $8,000 to be smuggled into the U.S., the Times reported.
The Marines were identified as Lance Cpl. Byron Darnell Law II and Lance Cpl. David Javier Salazar-Quintero. Law reportedly said that on July 2, Salazar-Quintero asked him if he wanted to earn $1,000 by picking up an “illegal alien.”
According to court documents, the two drove to Jacumba Hot Springs on July 2 and, guided by someone in Mexico calling them on a phone, collected a person at a pickup spot, Law said. The Marines drove the person to a fast-food parking lot in Del Mar. A middleman met them there but didn’t give them the money Law said they had been promised.
On July 3, Salazar-Quintero called Law and asked if he wanted to try again. Law said Salazar-Quintero guaranteed they would be paid this time.
They collected their passengers about 10 a.m. and were arrested a few minutes later, court documents said.