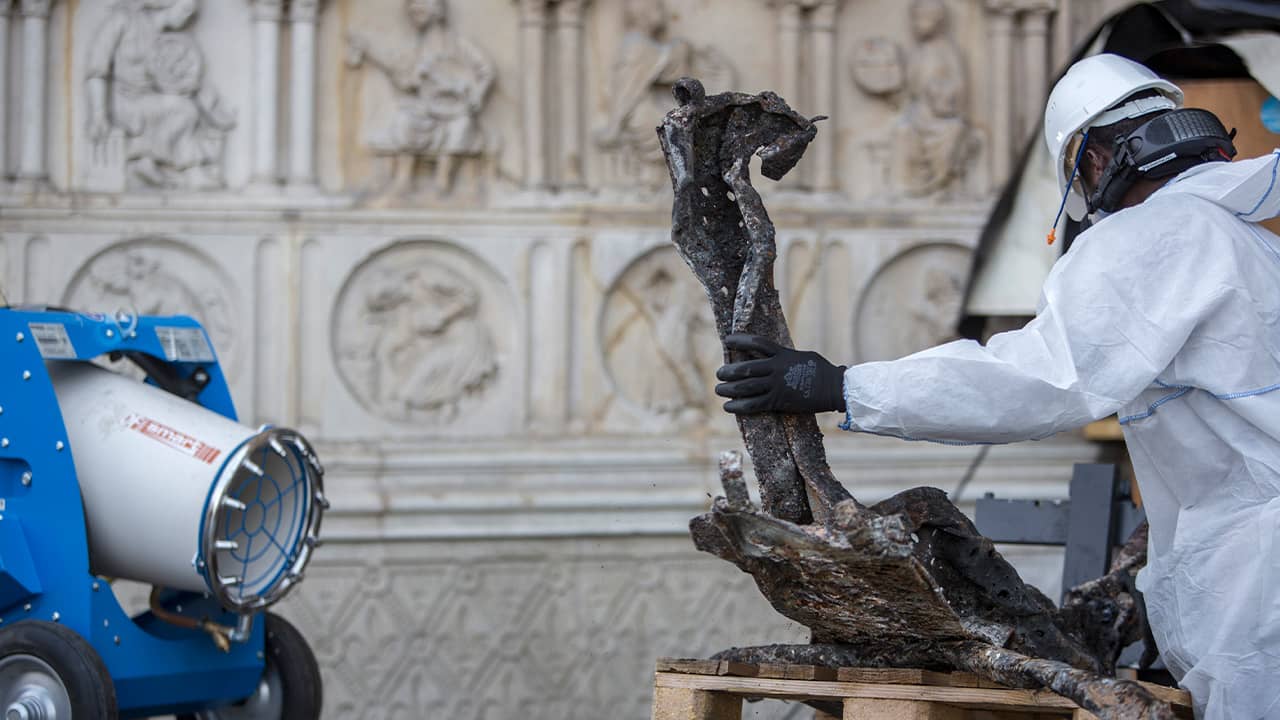 PARIS — The chief architect of France’s historic monuments says he’s afraid that the heat wave sweeping Europe could cause the vaulted ceilings of fire-ravaged Notre Dame Cathedral to collapse.
Dozens of sensors dotted around the 12th-century monument have shown no indication that it’s deteriorating, but architect Philippe Villeneuve is worried.
Villeneuve told reporters Wednesday the stone walls are still saturated with water sprayed by firefighters during the April 15 blaze. He says they could dry too fast amid the record temperatures expected in Paris this week.

He said so far the masonry is stable but the structure remains fragile. He said “what I fear is that the joints or the masonry, as they dry, lose their cohesion … and all of sudden, the vault gives way.”
Specialists are working to stabilize the cathedral’s structure before reconstruction work begins. 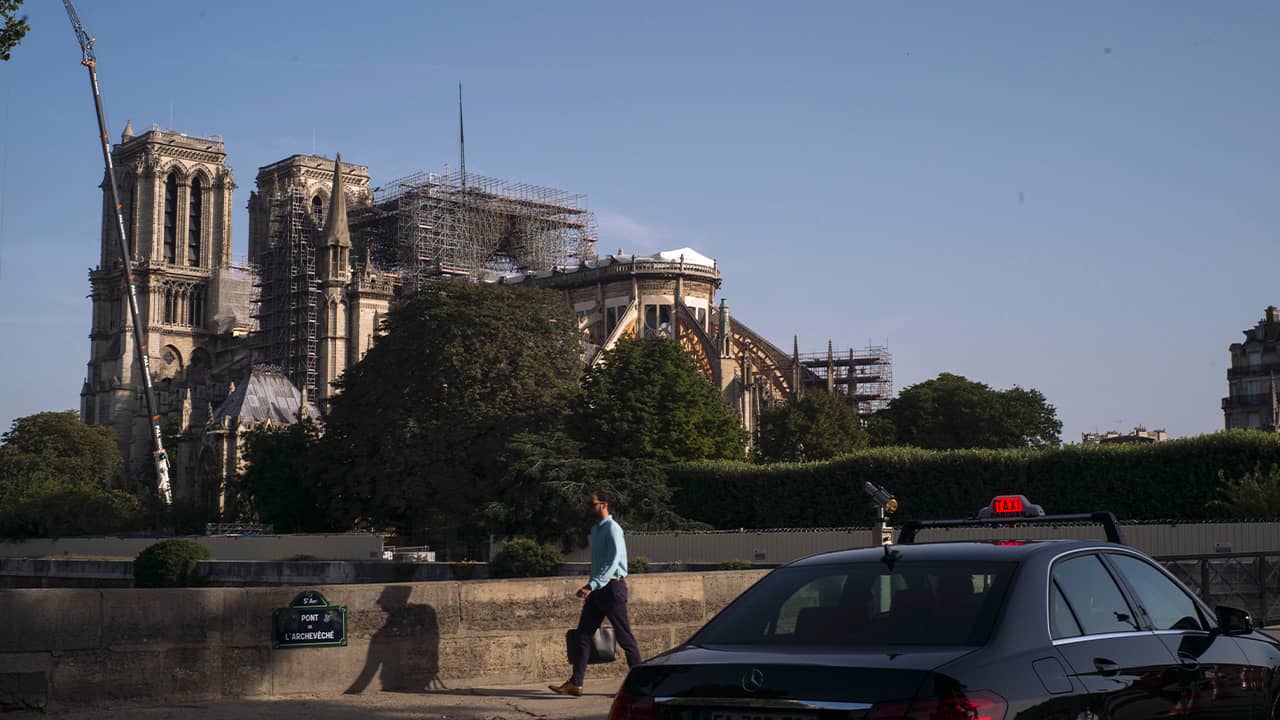 Pedestrians walk alongside the Seine River with fire-damaged sections of the Notre Dame Cathedral in view in the background, in Paris, France, Wednesday, July 24, 2019. (AP Photo/Rafael Yaghobzadeh)