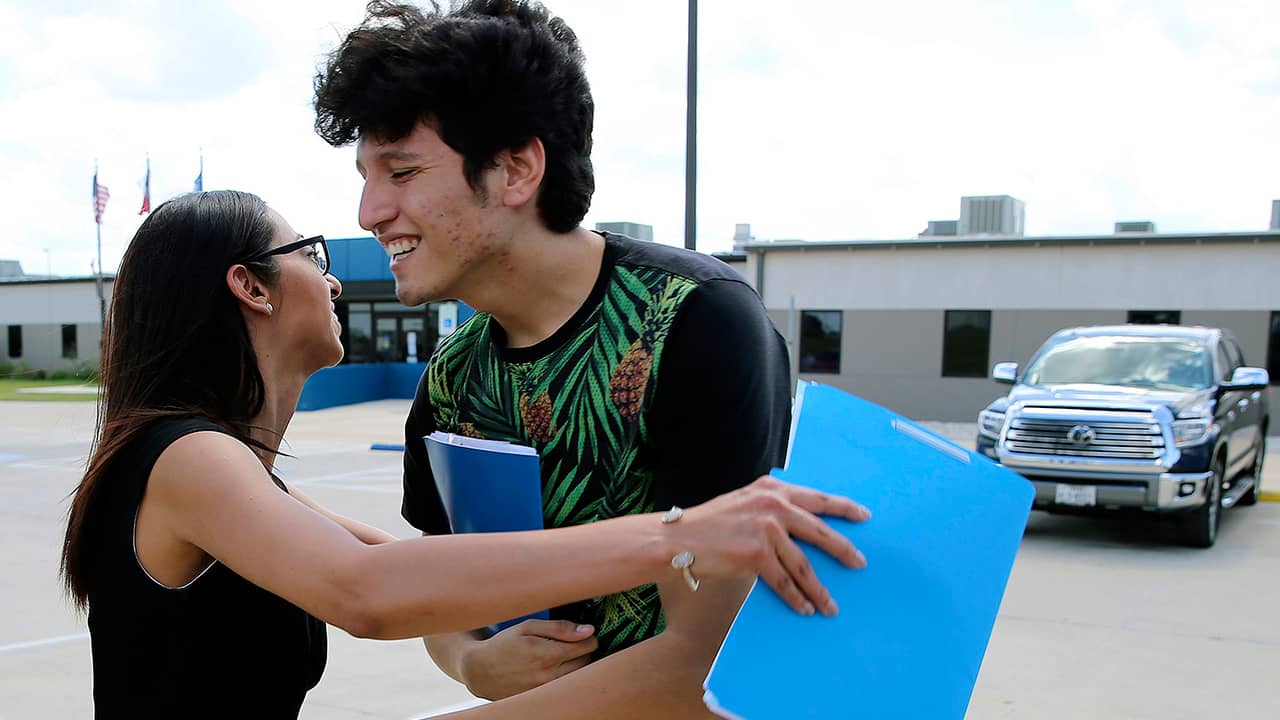 HOUSTON — A U.S.-born 18-year-old has been released from immigration custody after wrongfully being detained for more than three weeks.
Francisco Erwin Galicia left a U.S. Immigration and Customs Enforcement detention center in Pearsall, Texas, on Tuesday. His lawyer, Claudia Galan, confirmed he had been released, less than a day after The Dallas Morning News reported about his detention.

Galicia Detained for Well Above 72 Hours

ICE and U.S. Customs and Border Protection, which oversees the Border Patrol, jointly issued a statement Wednesday accusing Galicia of having provided “conflicting reports regarding status of citizenship” while detained, without providing specifics. Galan said Tuesday that Galicia’s mother had incorrectly applied for a tourist visa for him that suggested he had been born in Mexico.
“Both CBP and ICE are committed to the fair treatment of migrants in our custody and continue to take appropriate steps to verify all facts of this situation,” the statement said.
The Border Patrol apprehends people entering the U.S. illegally, both directly at the U.S.-Mexico border and with its series of highway checkpoints miles from the border. In most cases, agents glance at drivers passing through the checkpoints and let them pass quickly. A passport or proof of citizenship is not normally demanded to pass through an inland checkpoint.

Galicia was detained by the Border Patrol for well above the 72 hours that CBP says it is supposed to hold detainees. But in South Texas’ Rio Grande Valley, where Galicia was arrested, the Border Patrol is holding hundreds of adult men and women accused of entering the country illegally for longer than 72 hours. In McAllen, Texas, adult men are being held in fenced-in pens. Vice President Mike Pence visited those pens this month, and reports and video of conditions there sparked outrage.

The Morning News reported that Galicia wasn’t transferred out of Border Patrol custody to ICE until Saturday. That’s when he was able to make collect calls to his mother. Galan drove Tuesday to the detention center in Pearsall to secure his release.
Immigration authorities are not supposed to detain U.S. citizens. But both ICE and CBP have apprehended citizens in the past.