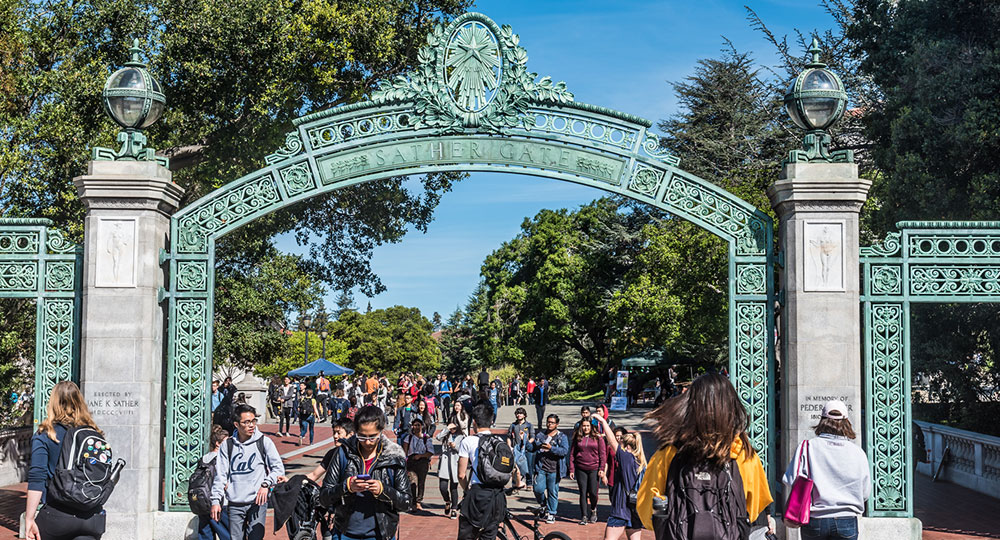 The freshman admission rate for California residents jumped 3 percentage points to 62%, while the admission rate for California community college transfers remained at 76%.
UC schools have been under pressure to accept California residents so they can have a cheaper way to complete a four-year degree at the state’s top public universities and after freshman admission rates fell from 85% in 2009 to 59% in 2018.
Nearly 218,000 prospective undergraduates applied for at least one UC school for fall 2019 during the application period that ended Nov. 30, according to figures released by the university system. They include about 177,000 applications to become freshmen and more than 41,000 to become transfer students.
UC expects to enroll an additional 2,500 California undergraduates for 2019-20, on top of the more than 14,000 additional California students the university has added over the past three years, officials said.

UC campuses are working toward a goal of enrolling one new California resident transfer student for every two new in-state freshmen. As part of those efforts, some UC campuses reached out to community colleges in their area to seek out transfer students.
The university’s transfer enrollment is expected to rise in the coming years from growing awareness of the UC Transfer Pathways program, which provides a roadmap of course preparation for the university’s most sought-after majors.
“With UC Transfer Pathways, we expect to see even more Californians, especially first-generation college students and underrepresented minorities, enroll at UC and graduate in a timely manner,” said Han Mi Yoon-Wu, UC’s interim associate vice president and director of undergraduate admissions.
Among freshmen applicants, Asian American students remained the largest group admitted at 35%, while the percentage of white students remained 22%. The Latino student population grew slightly to 34% of those admitted. African Americans represented 5%, the same as the previous year.