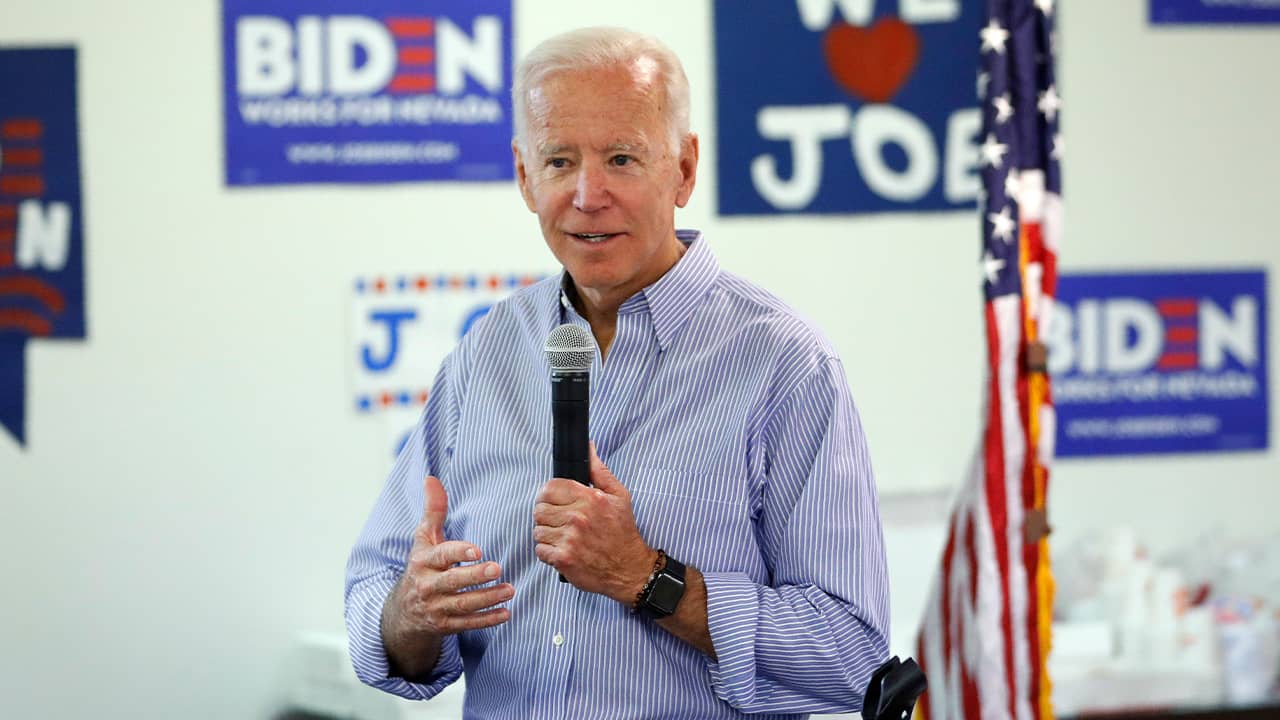 Joe Biden is proposing to reverse several key provisions of the 1994 crime bill he helped write in an acknowledgment that his tough-on-crime positions of the past are at odds with the views of the modern Democratic Party.

By building on Scott’s bill, Biden, who represented Delaware in the U.S. Senate for decades, is moving significantly to the left but not quite as far as endorsing the type of sweeping overhaul championed by Booker. Booker unveiled a proposal this year that would go beyond the criminal justice measure that President Donald Trump signed into law last year by slashing mandatory minimum sentences.
And Biden’s shift on the death penalty also puts him in line with every other Democratic presidential candidate except for Montana Gov. Steve Bullock. It’s a stark change of Biden’s previous approach to the issue: Touting the toughness of the crime bill in 1992, the then-Senate Judiciary Committee chairman joked that it would do “everything but hang people for jaywalking.”
Biden’s plan would seek to create a $20 billion grant program to encourage states to reduce incarceration by increasing spending on child abuse prevention, education and literacy, as long as states eliminate mandatory minimum sentencing for nonviolent crimes.

He also would expand the Justice Department’s role in rooting out institutional misconduct by police departments and prosecutors and would establish an independent task force to study prosecutorial discretion in an attempt to head off racial and ethnic discrimination.
The plan also includes spending $1 billion annually on changes in the juvenile justice system and identifies as a goal that all former inmates have access to housing when they leave prison.
Biden also plans to seek a renewed ban on assault weapons, an element of the 1994 crime bill he continues to promote, and a ban on high-capacity ammunition magazines.

Trump, a Republican, tweeted in May while championing his own criminal justice measure that “anyone associated with the 1994 Crime Bill will not have a chance of being elected. In particular, African Americans will not be able to vote for you.”

Anyone associated with the 1994 Crime Bill will not have a chance of being elected. In particular, African Americans will not be able to vote for you. I, on the other hand, was responsible for Criminal Justice Reform, which had tremendous support, & helped fix the bad 1994 Bill!

Since the last debate, Biden has focused his campaign speeches on his stint as vice president and has aggressively proposed policies in recent weeks that build on gains in President Barack Obama’s administration, including criminal justice.
Booker has hinted that he would renew his criticisms of Biden’s lead role on the 1994 crime bill when the two candidates share the stage during the second set of Democratic presidential debates in Detroit next week. He offered a preview of that criticism on Tuesday, pushing back at Biden’s criminal justice plan in a tweet that didn’t name the former vice president: “It’s not enough to tell us what you’re going to do for our communities, show us what you’ve done for the last 40 years,” Booker wrote.
Harris, too, has criticized Biden’s role in the 1994 bill. However, Biden plans to note during his speech Tuesday his time as a public defender before entering politics in the early 1970s.
Although Biden advisers say it’s not a subtle shot at Harris, who has been criticized by criminal justice reform advocates as being too tough on the accused during her tenures as the San Francisco district attorney and as California’s attorney general before she was elected senator.
Harris has answered those criticisms by saying she supports major changes to federal criminal justice. She partnered with a senior House Democrat on Tuesday to propose legislation that would decriminalize marijuana and expunge records of federal marijuana offenses, steps that Biden aligns with in his new plan — although Harris and Booker have both gone further than Biden in their support of full marijuana legalization.

Hundreds of Black Deaths in 1919 Are Being Remembered