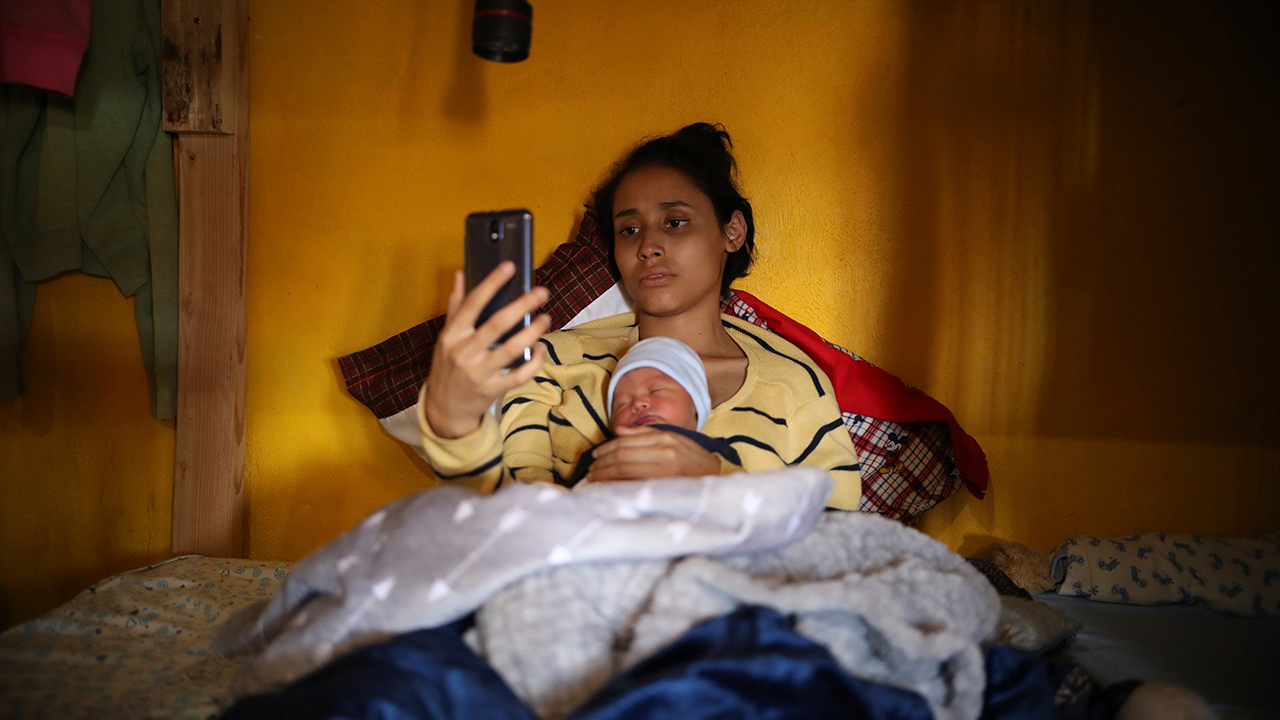 TIJUANA, Mexico — The tiny, month-old boy slept soundly on the bottom bunk, seemingly undisturbed by the squealing Central American toddlers running by and a kitten leaping from the neighboring bed.

Determined to Build a Life on South Side of U.S.-Mexico Border

One day she discovered a bullet-riddled body outside the low-budget hotel where she and her sister cleaned rooms in exchange for lodging and the little bit of food.
She almost miscarried. After she was taken to the emergency room, the girls moved to the shelter.
When she was seven months pregnant, a Mexican smuggler infiltrated the shelter pretending to be another migrant and tried to pressure Henríquez Ayala and her sister to cross the border illegally. She refused because she was worried it would put her at risk again of miscarrying.

The smuggler took another teen girl from the shelter instead. Henríquez Ayala has not heard from that girl since, and fears she may have been kidnapped.
Henríquez Ayala said she is no longer seeking the American Dream — at least not for now.
She has finished the paperwork for a Mexican visa and is determined to build a life on the south side of the U.S.-Mexico border, though the lanky girl has no idea how she’ll do that. She left middle school and has almost no job skills, and now she must find work that allows her to be with her baby, Alexander.
The girls’ father, Manuel Henríquez, had left them after they crossed from Guatemala into Mexico to go on his own to the United States because he thought it was too dangerous with his teenage children in tow. But he was quickly detained and deported.


Tijuana Has One of Mexico’s Highest Homicide Rates

Now he is with his daughters in Tijuana after Mexico granted him a one-year humanitarian visa. He earns about 200 pesos, or roughly $10 a day, selling woven bracelets. He lives at the shelter, too, and hopes to bring his remaining three adult children and three grandchildren in El Salvador to Mexico.