Sanders Set to Mount Vigorous Defense of 'Medicare for All' 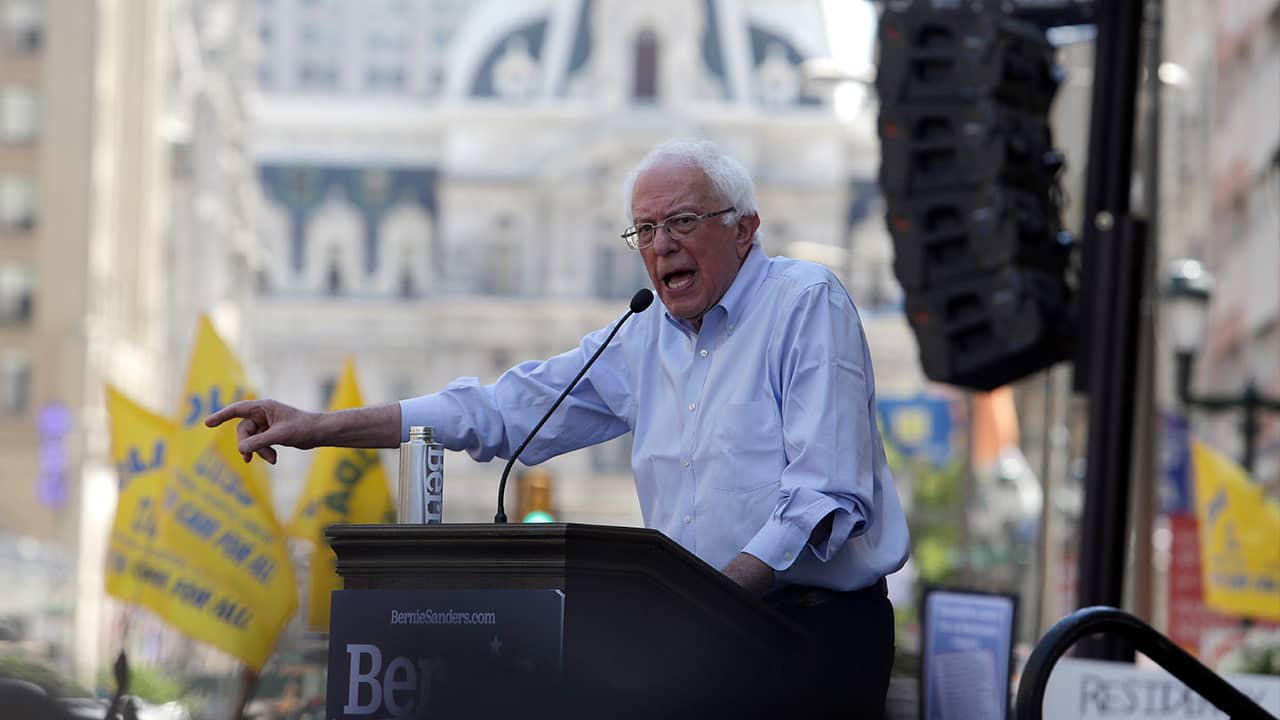 WASHINGTON — Bernie Sanders will vigorously defend his signature “Medicare for All” proposal on Wednesday and hit back at his critics who say his push amounts to both bad politics and bad policy.
The Vermont senator also will pledge to reject campaign donations from health insurance and pharmaceutical industry executives, lobbyists and political action committees and will challenge other Democratic presidential candidates to do the same.

Sanders and Biden have been engaged in an increasingly bitter dispute over the issue in recent days and Wednesday’s speech could further escalate tensions between the two campaigns.
During a live-streamed discussion on Tuesday, Sanders dismissed Biden’s criticisms of Medicare for All and said the nation should have “a health care debate on the facts and not on fear-mongering.”

“Medicare is a popular, well-established program,” he said. “All that we are doing, despite all that the health care industry is going to expend trying to lie about what we’re doing, what my opponents will talk about, all we’re doing is expanding Medicare. Not so radical really, after all.”

Slipping in some public polling and outraised by some of his 2020 opponents, Sanders has been increasingly willing to go on the offense against Biden on the issue of health care, one that has sharply divided Democrats. Sanders’ campaign says that in the speech he will “confront the Democratic opponents of Medicare for All and directly challenge the insurance and drug industry” and will make the case that Medicare for All “is the only way to fix our broken health care system.”
On Monday, Biden released a proposal to expand the Affordable Care Act, warning that it would be dangerous to eliminate it and replace it with Medicare for All. Biden’s proposal would create a public option that would allow people to sign up for a government-run health system like Medicare if they were unhappy with private insurance.
This week in Iowa, where Biden pitched his plan to voters, he cautioned that a sudden transition of tens of millions of people to Medicare for All was “a little risky.”

He also raised the prospect that some people could see temporary gaps in coverage, a notion that Sanders has bristled at and called “obviously absurd.”

The roaring health care debate also is likely to further draw in the full Democratic field. Beyond Harris, several other leading 2020 candidates, including Massachusetts Sen. Elizabeth Warren, support Medicare for All. However, some other Democratic hopefuls have warned that the party is moving too far left and have supported a more centrist approach.
Among them is Colorado Sen. Michael Bennet, who has been sharply critical of Medicare for All, instead preferring a public option for health coverage that could be included in the current structure of the Affordable Care Act.
In an interview with The Associated Press as he campaigned in Iowa, Bennet said that Democrats would “never unify around Medicare for All” but that plans like his, which would create a public option but allow people to keep their private health insurance, could bring Democrats together and notch wins in states like Colorado.
“If you’re gonna stand up and commit the Democratic Party to taking away from 180 million people, you’d better be clear on what the nuances are because when you’re running against Donald Trump, it’s going to be too late,” he said. “You may think you can get away with it in the Democratic primary. You will not be able to get away with it running against Donald Trump.”

Confusion, Fear Reigns on Mexico Border With New US Policy