Is the cleanest, greenest electricity in the world green enough for California? 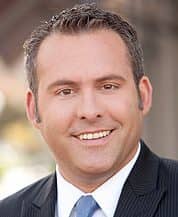 For years, the people of the northern San Joaquin Valley have been trying to get hydropower recognized for what it is: the original source of clean electricity. Our efforts have been stymied by people who feel entitled to decide what is, or isn’t, green enough.

That’s why I have begun the process of modifying our state Constitution to recognize safe, abundant, carbon-free hydropower as a reliable source of renewable energy in our fight against climate change.

I have authored Assembly Constitutional Amendment 17 to place this question before California’s voters. We’ve also begun the process of qualifying a ballot measure if the Legislature fails to act on ACA17.

At the very least, it should start an important statewide conversation.

The danger of climate change is clear. We see it in more extreme summer heat and rains that either flood or hardly fall at all.

Since 2002, California has required all electricity providers to transition from polluting sources like coal and oil to strictly “renewable” sources. For-profit companies such as PG&E and public entities like Modesto, Turlock and Merced irrigation districts, which are owned by the people living within their boundaries, all must meet the same standards.

Hydro Is Every Bit as Clean as Solar or Wind Power

Last summer, Gov. Jerry Brown signed Senate Bill 100, committing the state to using only carbon-free energy by 2045. An important milestone in SB 100 requires 60% of all California’s energy be generated from “renewable” sources by 2030. That’s where the law loses its way.

It classifies solar, wind and geothermal as renewable but inexplicably excludes the most well-developed renewable energy of all: hydropower. If solar and wind power were cleaner than hydro, that might make sense. But hydro is every bit as clean as solar or wind power, and produces zero emissions.

Turlock Irrigation District estimates leaving hydropower off the renewable list will cost its 100,000 customers an additional $300 million. There are two reasons for that extra cost:

They insisted counting hydro as renewable would discourage construction of their preferred power sources. The bill was halted even though the federal government and virtually every other state considers hydropower renewable.

When people in San Francisco, Los Angeles, and Sacramento understand that hydropower is just as clean as solar but costs half as much to produce, they too might demand to be treated more fairly.

Like California, the state of Washington passed a law requiring carbon-free energy by 2045. Hydro supplies 65% of Washington’s electricity. But instead of rejecting all that clean power to fight climate change, Washington’s law says hydro should be “maximized” as “our principal renewable resource.”

Groups such as the Sierra Club, which fought so hard against Sen. Caballero’s bill, were happy to call Washington’s hydropower renewable. The Sierra Club also applauded leaders in Aspen, Colo., for pledging to go carbon-free even though Aspen gets 45% of its power from hydro.

When people in San Francisco, Los Angeles, and Sacramento understand that hydropower is just as clean as solar but costs half as much to produce, they too might demand to be treated more fairly.

It’s common sense. It’s sound science. It will lower the electric bills of millions of Californians. Investing in other renewable energy sources shouldn’t mean ignoring the clean energy we already have.

Assemblyman Adam Gray represents Assembly District 21, which includes Merced and Stanislaus counties. Contact him at assemblymembergray@assembly.ca.gov. He wrote this for CalMatters, a public interest journalism venture committed to explaining how California’s Capitol works and why it matters.