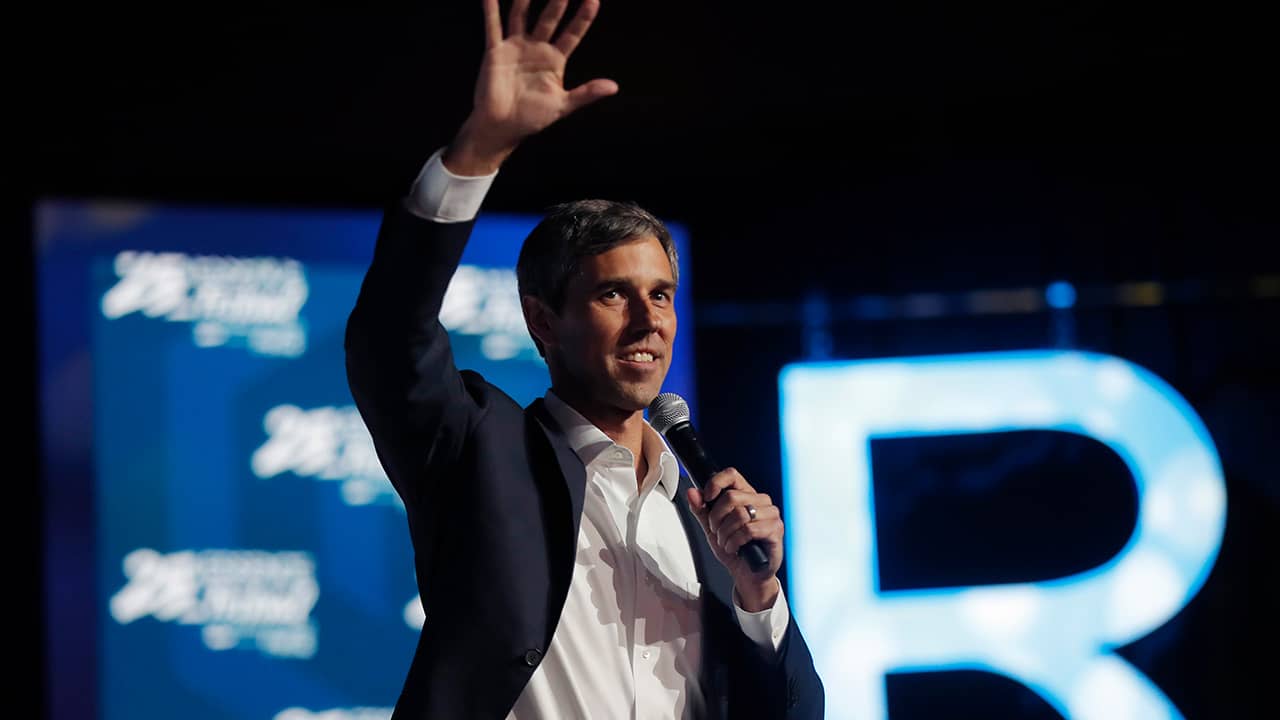 WASHINGTON — Beto O’Rourke stormed into the presidential race arguing his experience growing up along the southern border and a relatively moderate approach to politics would distinguish him in a crowded field.
But four months into his campaign, other — previously unknown — candidates are seizing on the issues that were supposed to be the former Texas congressman’s strengths.
Pete Buttigieg, the 37-year-old mayor of South Bend, Indiana, has become a top-tier White House hopeful with an earnest, intellectual and largely moderate appeal. The other Texan in the race, former Obama housing secretary Julián Castro, has overshadowed O’Rourke on immigration issues, scolding him during last month’s debate for not being willing to fully decriminalize crossing the U.S.-Mexico border illegally.
O’Rourke’s problems crystalized Monday when he reported raising just $3.6 million during the second quarter — a dramatic drop-off from the early days of his campaign when he raised more than $6 million in just 24 hours. Buttigieg topped the field by raising nearly $25 million during the quarter. The developments are a reminder of the ruthless nature of presidential politics and raise questions about whether the 46-year-old O’Rourke, once seen as one of his party’s most promising rising stars, is faltering in his pursuit of the presidency.

O’Rourke Must Prove He Can Take Back the Spotlight

“He was obviously one of the glamour candidates when this whole thing started,” said Peter Brown, assistant director of the Quinnipiac University Poll. “Presidential politics is the ultimate zero-sum game. Somebody’s going to win, somebody’s going to lose in every political transaction.”
O’Rourke acknowledged the trouble during a weekend interview before the fundraising numbers were released. Asked what he needs to do to rebound, he said, “I don’t all the way know.”
“The best way through and up is what we’re doing right here,” O’Rourke said, referring to an intimate question-and-answer session he’d just held with a few dozen voters in a sun-splashed backyard in Amherst, New Hampshire. “My challenge is transmitting what just happened here to people who aren’t in Amherst.”
O’Rourke’s struggle wooing donors is perhaps the most surprising aspect of his current predicament. He was a formidable fundraiser during his challenge last year to Sen. Ted Cruz, notching a record $38.1 million during a single quarter. He raised $9.4 million during the first 18 days of his presidential campaign, making it seem possible that his prowess during the Senate campaign could translate to his White House bid.

O’Rourke raised $9.4 million during the first 18 days of his presidential campaign, making it seem possible that his prowess during the Senate campaign could translate to his White House bid.
But he operated his campaign without a fundraising director until last week. And it’s increasingly apparent to some Democrats that his success during the Senate bid was fueled by the party’s loathing for Cruz well beyond Texas.
“He probably needs to invite Ted Cruz to go with him everywhere,” joked James Hodges, a former Democratic governor of South Carolina who was national co-chairman of Barack Obama’s 2008 presidential campaign.

O’Rourke is Being Outflanked by Buttigieg, Castro

O’Rourke must use the weeks ahead — including the second debate at the end of the month — to prove he can take back the spotlight. His rivals won’t make it easy.
Buttigieg exudes a polished campaign style that contrasts O’Rourke’s proudly off-the-cuff and more-personal pitch.
Steve Adler, the mayor of Austin, Texas, introduced O’Rourke at a March campaign launch in that city, and the two remain friends. But Adler endorsed Buttigieg about two weeks later, calling himself “a validator when people were really wondering if he was special, if he was different.”
“He’s so smart and commands such respect,” Adler said of Buttigieg. “I knew that, if he got the chance, that his talent would be seen.” Castro, meanwhile, declared himself “THE Texan” in the presidential race after the debate and has continued calling out O’Rourke’s reluctance to decriminalize illegal border crossings. Even O’Rourke’s supporters said his weak debate performance — especially when challenged by Castro — was a missed opportunity.

O’Rourke began shifting campaign strategies in May, appearing more frequently on national television and offering a series of detailed policy proposals to prove he wasn’t all style and no substance.
“I still put him in the top tier, but I had been saying the debate was where he would have a moment — and it just didn’t happen,” said South Carolina-based Democratic operative Boyd Brown, who led a group earlier in the year encouraging O’Rourke to run for president.

O’Rourke began shifting campaign strategies in May, appearing more frequently on national television and offering a series of detailed policy proposals to prove he wasn’t all style and no substance. He’s also built out his campaign infrastructure, adding policy, voter outreach and delegate wrangling experts and dramatically bolstering his operations in Iowa, whose Feb. 3 caucus kicks off presidential primary voting. Hours before releasing his lackluster quarterly fundraising on Monday, O’Rourke’s campaign announced it was opening 11 more field offices across Iowa and unveiled 22 activist endorsements in the state.
His top advisers say O’Rourke’s recovery starts with an unwavering commitment to the “go-everywhere” approach that took him to many of Texas’ reddest corners while nearly knocking off Cruz. They believe doing so can win over Iowans used to being courted at a near-individual level — especially amid their candidate’s now lower expectations.
Hodges said that promoting what initially made O’Rourke a strong candidate is the best way back.
“I think it’s important to establish a narrative for the campaign for Beto and stick with it,” he said. “If they’ve got a game plan, they need to stick with it.”
Related Topics:Beto O'RourkecampaigndebateimmigrationMexicopresidential raceSen. Ted CruzTexas
Up Next

Facebook's New Currency Plan Is Under Scrutiny in Congress