NW Fresno Traffic is a Horror Show. How Would Council Candidates Fix It? 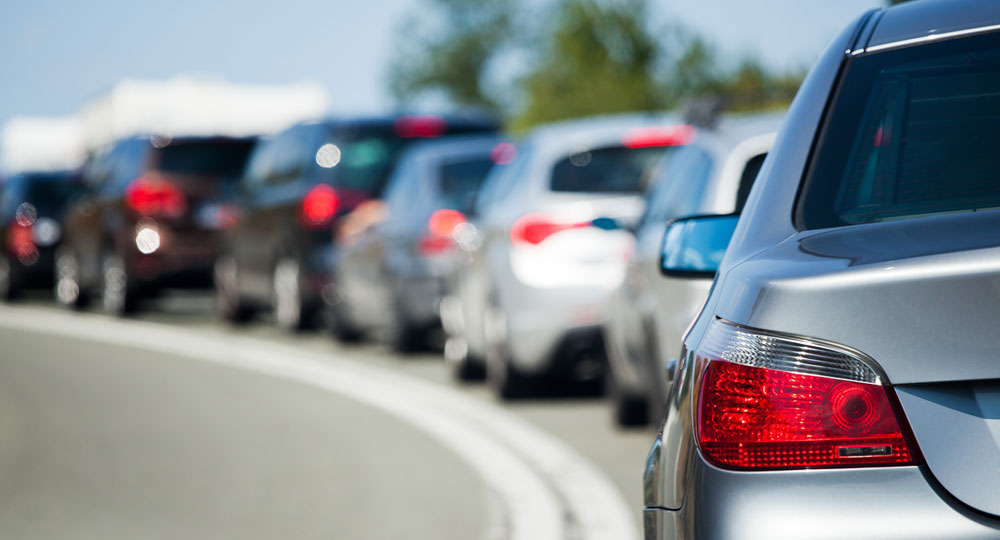 In northwest Fresno, “traffic” is a dirty word. Decades of piecemeal planning and years of rapid growth have spawned long lines of vehicles on major avenues during rush hour.
There’s a release valve planned for the plugged-up traffic surrounding Shaw and Herndon avenues, but it’s been on the drafting board for more than three decades. Residents who have seen the “coming soon” signs for Veterans Boulevard might wonder if it will ever come to be.
Actually, secondary construction on the boulevard has begun. Scott Mozier, Fresno public works director, said the $139 million project — a six-lane, north-to-south slash from Herndon to Shaw, with a major interchange at Highway 99 in between — could fully open in 2023.

What do the candidates for the empty northwest Fresno seat on the city council say about the area’s traffic congestion? GV Wire put that question to three of the candidates at a recent forum. Jared Gordon, Mike Karbassi, and Oscar Sandoval are vying for the District 2 seat vacated by Steve Brandau, who is now on the Board of Supervisors.

Two candidates, Lawrence Garcia and George Herman, chose not to participate in the forum. A special election is scheduled for Aug. 13.
Mozier said the first phase of the Veterans Boulevard project is nearing completion: an extension of Bullard Avenue to the boulevard site. The $5.8 million phase was paid for with construction funds from the state high-speed rail project, which will pass under the boulevard.

Most of the funding is in place for the remaining phases of Veterans Boulevard, Mozier said. What remains is a $10.5 million gap, which he hopes will be filled with a federal BUILD transportation grant (Better Utilizing Investments to Leverage Development).

Gordon: ‘We’re Going to Have to Be Creative’

Gordon said he has experienced the traffic jams along Herndon and Shaw avenues, near Highway 99, and avoids them when he can. He said he hoped the district could get a dose of federal money if Congress and the Trump administration ever agree on an infrastructure package. 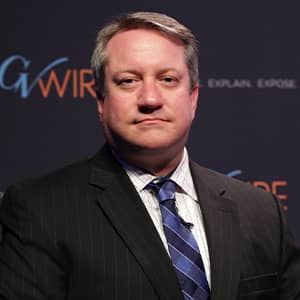 The city also could use a fundraising tool created only three years ago, Gordon said. California allows cities to create enhanced infrastructure finance districts; cities can issue construction bonds for the district, then pay back the bonds with money from developer fees and other funding sources.
“What I think, in terms of potential solutions, is that we’re going to have to be creative,” Gordon said, adding that it is crucial to ease bottlenecks at Shaw and Polk avenues, and at Highway 99 and Herndon Avenue, even if Veterans Boulevard doesn’t come to pass.

Karbassi said he was confident Veterans Boulevard will be completed with federal funding — “and it’s our tax dollars, coming back to Fresno.” He also said northwest Fresno’s traffic issues extend well beyond the boulevard project.

Smartly managed development will generate the revenue need to put in sidewalks and bicycle paths that are in short supply in the district, Karbassi said. And he would look into more traffic controls to keep vehicles from speeding through neighborhoods.
“We want to be able to properly develop the grow the west area. A lot of these folks don’t have the infrastructure they need,” Karbassi said. “They don’t have the pedestrian pathways, the bike pathways, the bus routes they need. And it’s not going to happen unless we have growth.” 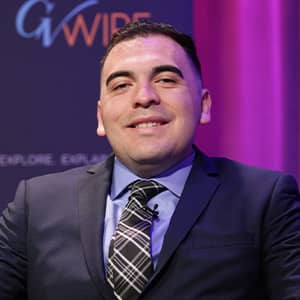 Sandoval said he lives in the high-traffic area – “I was stuck in traffic picking up my dry cleaning last night” – and would make the Veterans Boulevard a priority as a councilman. That said, he felt the city should re-double its efforts to make alternative transportation such as bicycling and riding a bus an easier choice.
“Unfortunately, if you don’t have a car you can’t get around,” Sandoval said. “So we need to make it so people can travel in multiple ways, whether we’re looking at expanding bus routes, or just creating more bike lanes or expanding the roads.”