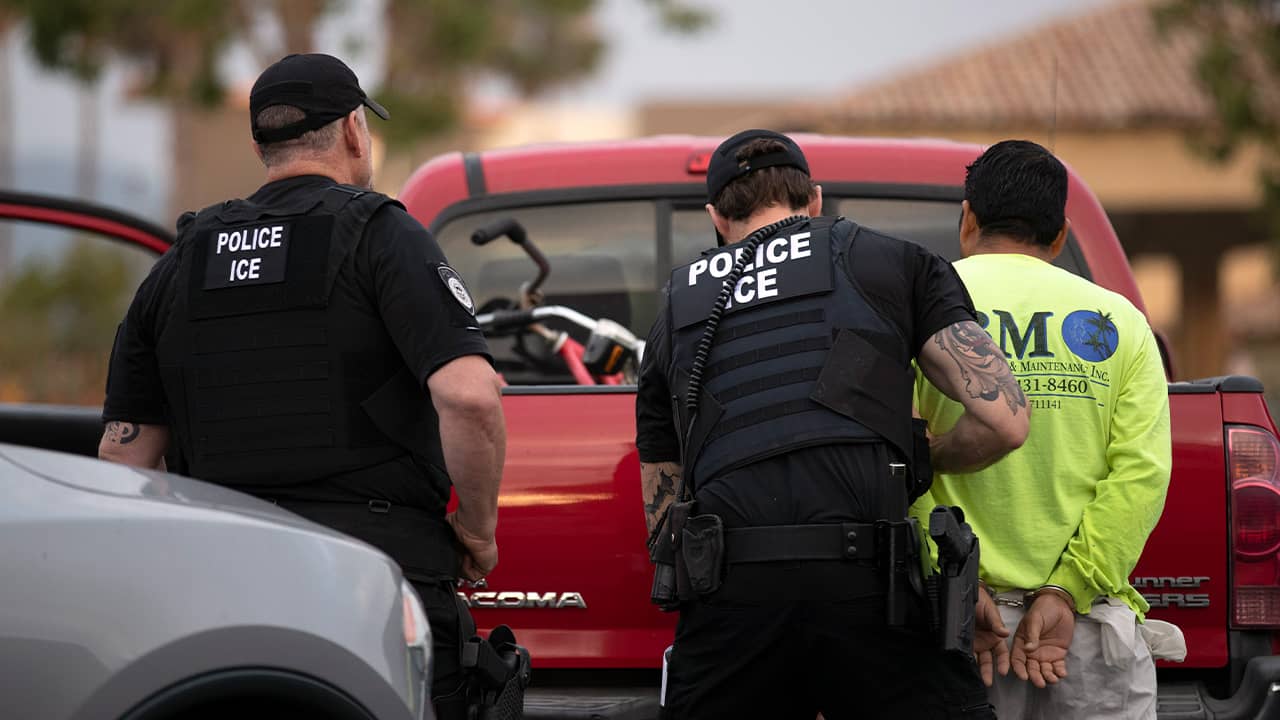 ESCONDIDO — Two immigration officers had been parked outside a home well before dawn when their target — a Mexican man convicted of driving under the influence in 2015 — appeared to emerge as the sun illuminated a gray sky.

In the recent San Diego operation, officers made 20 arrests over five days. They wore bulletproof vests emblazoned “ICE” on the back and used several unmarked SUVs, immediately ordering those in custody to turn off their phones to prevent family and friends from tracking their movements.
Gregory Archambeault, ICE director of field operations in San Diego, said staking out targets can be like watching paint dry.
“Today it happened pretty quickly, but other times it can take several hours. We have to go back different days,” Archambeault said in the parking lot of a bus and train station where immigrants waited in a bus to be processed.
An estimated 11 million people are in the U.S. illegally, including 525,000 who have deportation orders against them and are considered fugitives. Those fugitives include 2,000 people who recently came as families and are targets of the operation that was expected to begin Sunday.

ICE operations that zero in on people with criminal convictions in the U.S. result in about 30% of targets being arrested, plus an unknown number of non-targets, or “collaterals,” who are also swept up, ICE officials said. ICE operations against families have proved even less successful, capturing only about 10 percent of the targets, ICE acting Director Matthew Albence said.
ICE officers don’t have warrants that would allow them to enter homes, a fact that immigrant advocates have successfully publicized in encouraging people not to open their doors. For safety reasons, officers in San Diego have stopped “knock-and-talks” — knocking on the door and hoping someone opens up — and instead wait for targets to leave the house, Archambeault said.
“You just don’t know what’s going on, who’s behind that door,” he said.

Families Typically Held for a Week or Two

It is far less costly and more effective for ICE to pick up people at local jails when they are arrested for non-immigration offenses. But a spate of sanctuary laws has sharply limited local authorities’ cooperation in California and elsewhere.

US Fears Iran Seized UAE-Based Tanker in Strait of Hormuz