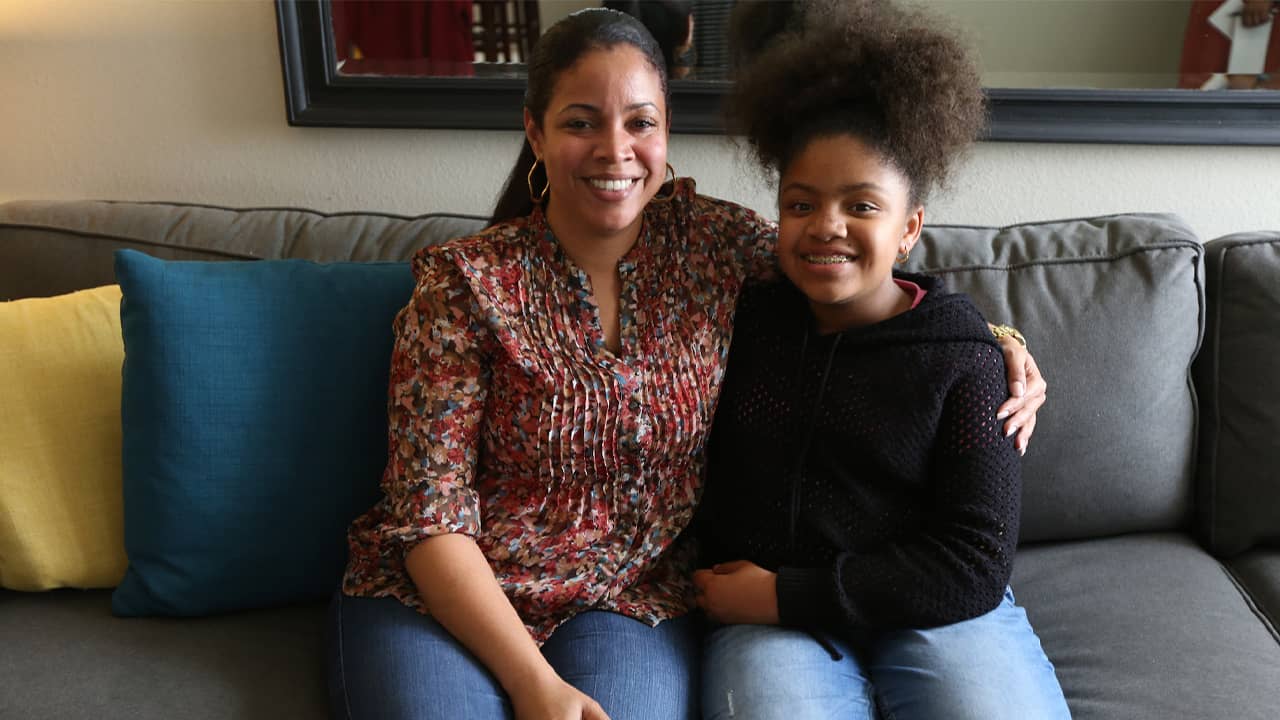 Bettye Jean Ford was in her second trimester when the pressure she had been feeling in her abdomen for weeks turned to excruciating pain. She rushed to a Los Angeles emergency room, where she was diagnosed with a urinary tract infection and sent home with antibiotics. Still cramping severely, the first-time expectant mother spent the next 24 hours trying to sleep. 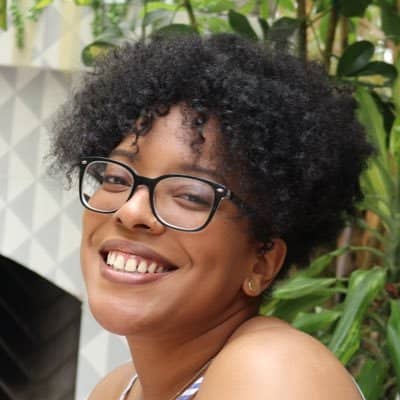 The next morning, her obstetrician found her dilated and sent her to the hospital next door where an ultrasound confirmed she was in labor. Rather than being admitted, she was sent back to the clinic with paperwork to finish.
Finally, at 23 weeks and six days, Ford gave birth to a premature baby girl while a nurse told her to close her mouth so as not to scream while pushing. After delivery, the new mother was sedated; her child, whom she had named Kally, had died by the time she awoke.
That was 2006. Since then, California has worked hard to improve health care for pregnant women — so hard, in fact, that the state is now often held up as a national success story in improving maternal outcomes.
But for African-American mothers, that improvement has remained elusive. Statewide as well as nationally, black women are substantially more likely than white women to suffer life-threatening complications during pregnancy, give birth prematurely, die in childbirth and lose their babies.
Mortality rates among black infants in California are triple those of white infants, according to state birth records. California Department of Public Health statistics show the rate of preterm births among black mothers to be nearly twice that of white mothers, and the rate of maternal mortality to be quadruple, in part because of complications from underestimated or undiagnosed cardiovascular conditions.
A host of factors underlie this health gap, but studies consistently point to an ugly one: the persistence of racial bias in perinatal care for women of color. Even when studies control for socioeconomic differences, the health care experience for black mothers is particularly — and often lethally — inadequate compared to that of other ethnic groups, not to mention traumatizing. 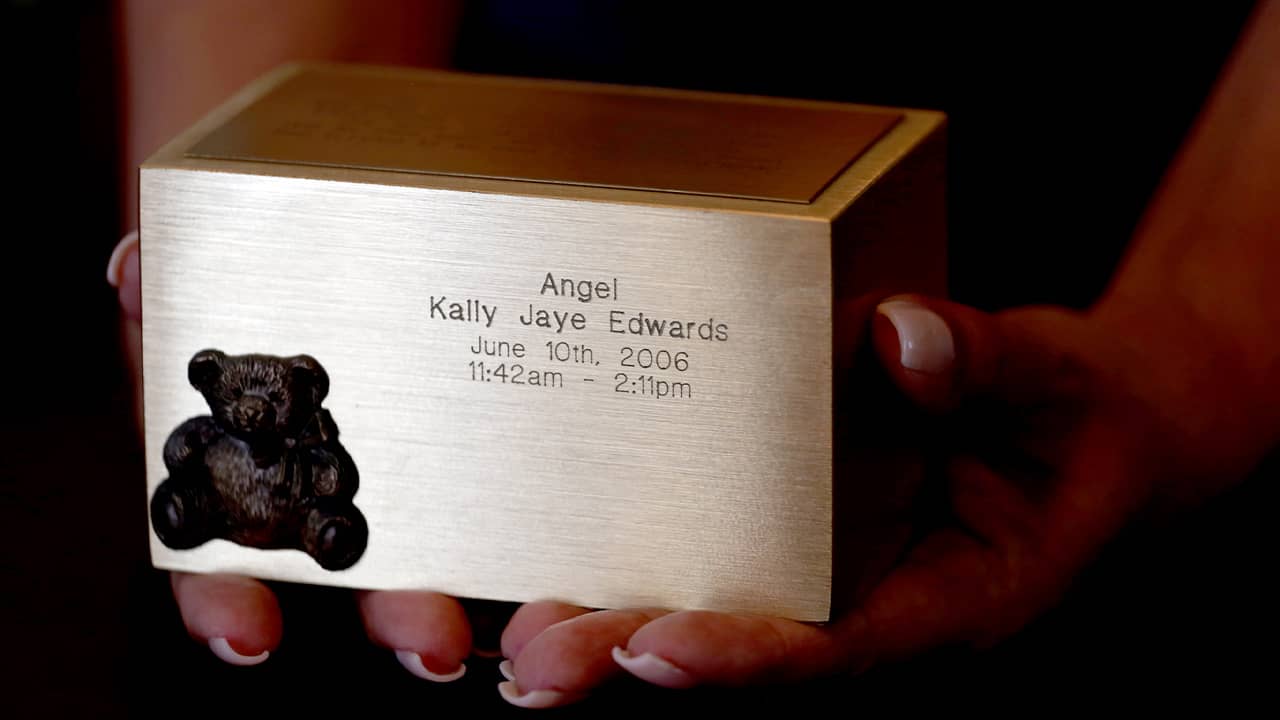 Bettye Jean Ford holds an urn containing the ashes of her first child, Kally. Complications Ford says she wasn’t warned of resulted in a birth so premature that the child died within hours. (Photo by Iris Schneider for CalMatters)

“It’s not a question of whether this training is needed, just how best to do it,” said Anthony York, spokesman for the influential California Medical Association.
Doctors don’t dispute there’s discrimination. A 2016 University of Virginia study found biological myths about black patients still persist among white medical students, such as the notions that African Americans have less sensitive nerve endings, can tolerate more pain and have thicker skin. In other surveys, one in seven ob/gyns said a patient’s race impacted treatment.
But while the California Hospital Association supported the bill after requesting technical changes, doctors have called Mitchell’s bill unenforceable since physicians are not employees.
Researchers agree that a physicans’ employment status is an obstacle.
Doctors throughout the state contract with hospitals so they don’t receive the same oversight or accountability as an employee would, and they cannot be disciplined or rewarded for biased care, said Monica McLemore, a reproductive health researcher at University of California, San Francisco, who has focused on inequality and mistreatment during pregnancy and childbirth.
“The same institutions and mechanisms that we use for accountability within organizations don’t exist for contract individuals,” she said. “There’s no established mechanisms to be able to enforce whether or not individuals actually deal with their own bias.”
McLemore said that, despite the legislation’s good intentions, it’s naive to believe systemic change will occur by leaving the implementation of implicit bias training up to health care facilities. A better solution, she said, would be more diversity in the health care workforce, with a push similar to campaigns for more teachers who reflect the students in their classrooms.
A 2018 report by the California Health Care Foundation found that Latinos and African Americans are profoundly underrepresented in the state’s physician workforce. Latinos, for instance, make up 38% of California’s population but only 5% of the state’s active physicians. African Americans make up 3% of the physician workforce, compared to 6% of the state population. And while the proportion of white doctors largely mirrors the rest of the state, Asians are overly represented in the field, with twice their share of the population.

“I think we’ve done a real disservice where you have a health care workforce that does not live, work, play, pray, thrive in the same communities where they actually provide care,” McLemore said.
And without buy-in from doctors, advocates say, California will continue to have a tough time making experiences like Ford’s a thing of the past for women of all races.


“I think we’ve done a real disservice where you have a health care workforce that does not live, work, play, pray, thrive in the same communities where they actually provide care.” — Monica McLemore, reproductive health researcher, University of California, San Francisco
Since the California Maternal Quality of Care Collaborative was adopted in 2006 to improve health outcomes for mothers and infants in California, the overall maternal mortality rate in the state has declined 55%—far better than most of the U.S. In 2017, the national maternal mortality rate was 21.6 deaths per 100,000 live births compared to 8.7 deaths per 100,000 live births in California.
Women of color, however, continue to face worse outcomes.
“While we have been somewhat successful, we can’t really be jumping for joy yet,” said Holly Smith of the California Nurse-Midwives Association, which supports mandating racial bias training.
During Ford’s preterm delivery, for example, she was unaware that black women are three times more likely than white women to have fibroids, which can have a harmful impact on fertility and pregnancy. Ford said her doctor never warned her that the ones resting on her uterus could complicate her own childbirth.
When Ford did get pregnant again, she took extra precautions fearing she would have to relive her trauma. It wasn’t until she was 27 weeks along that she and her husband felt comfortable enough to bring the crib intended for her first daughter back into their home.
A year and one day after Kally’s due date, Ford gave birth to her daughter Skylar, who is now 11.
“I really appreciate every day with my daughter,” says the therapist, who sought help to cope with her own grief and anger. “But I have a niece and a goddaughter who were born right around the time that Kally was born. So watching the three of these girls grow up, I always have this feeling of like there should be one more.”
Her first-born, she said, is never far from memory. Her remains rest in a tiny urn at Ford’s home.
CALmatters.org is a nonprofit, nonpartisan media venture explaining California policies and politics.
Related Topics:black infantsCaliforniaHealth Carelife-threateningmotherobstetricianpregnantultrasound
Up Next

As Hedge Funds Fight for Control of PG&E, Here Is How Workers See It