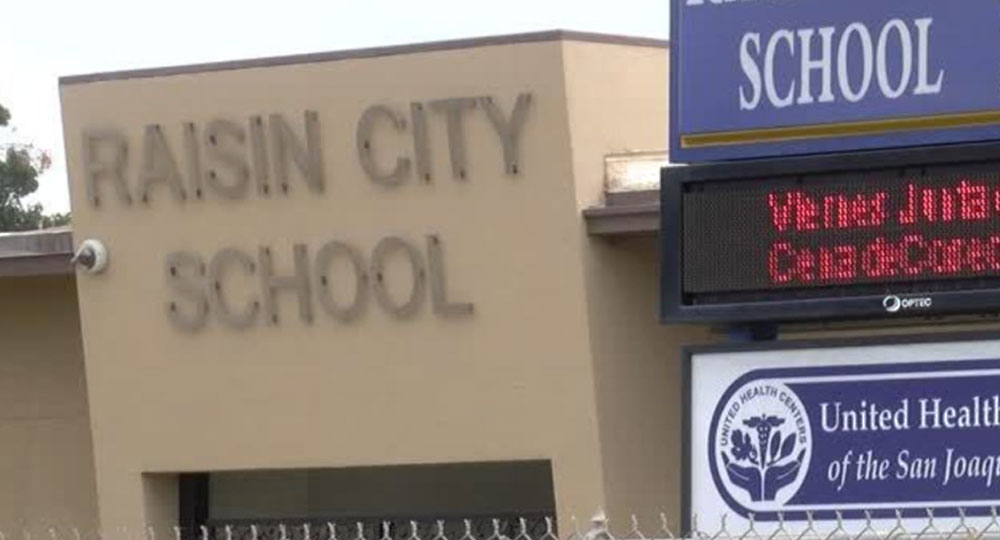 The superintendent of a one-school district in Fresno County defended using a janitor disguised as a gunman in an active-shooter drill, saying he wanted to “make sure this was realistic.”
A teacher at Raisin City Elementary School told TV station KSEE that the drill, which happened before the summer break, went too far.
Kim Copper said the janitor, wearing a mask and holding a fake gun, pounded on her classroom door and tried to open it as she huddled in a corner with terrified students. Teachers and students weren’t notified beforehand about the drill or its details.
“I thought this might not really be a drill, and what am I going to do?” Copper told the TV station.

Copper said one of her students was trying to be quiet during the drill, “but he was sobbing.”
Juan Sandoval, the school’s superintendent, said active shooter drills have become routine and he wanted students to understand the gravity of the situation. He said teachers and staff watched an instructional video after the drill was over.
Sandoval also said he had received no complaints from parents.
“When it’s a real situation, it’s worse than that,” Sandoval said. “The teachers and students need to know this is reality.”
Asked about the Raisin City Elementary drill, the district’s school board released a statement that said the district “will be updating its active shooter training procedures and coordinating with law enforcement to improve our training effort.”