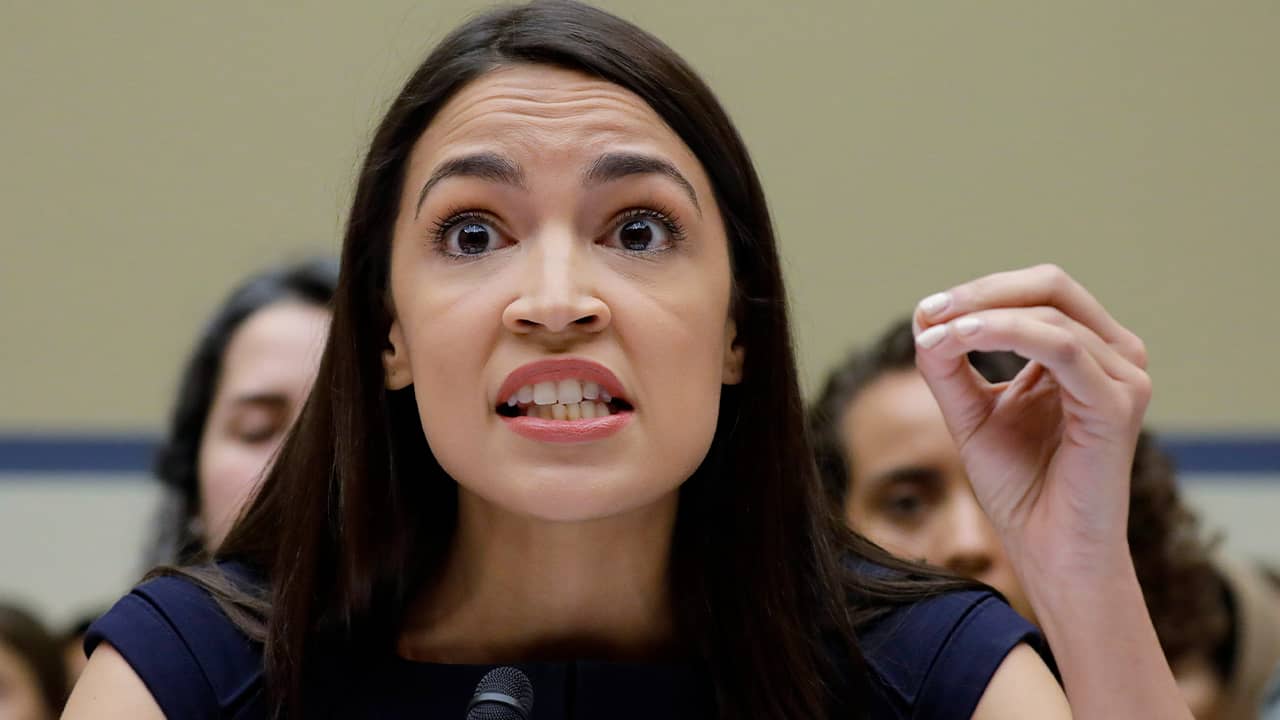 WASHINGTON — Unbowed by searing criticism, President Donald Trump on Monday emphatically defended his tweet calling on four Democratic congresswomen of color to go back to their “broken and crime infested” countries. Condemnation of his comments “doesn’t concern me because many people agree with me,” he declared.
Trump responded to questions at the White House after his Sunday tweet assailing the lawmakers, all of whom are U.S. citizens and three of whom born here. He has been roundly criticized by Democrats who labeled his remarks racist and divisive, and a smattering of Republicans also have objected. Most leading Republicans have been silent.

‘You Can Leave Right Now’

Trump, resurrecting language not prevalent in the U.S. for decades, said Monday that if the lawmakers “hate our country,” they “can leave” it.
“If you’re not happy in the U.S., if you’re complaining all the time, you can leave, you can leave right now,” he said.
The lawmakers’ criticism has been aimed at Trump and his administration’s policies and actions.
Earlier Monday, Trump made clear he had no intention of backing down, asking on Twitter when “the Radical Left Congresswomen” would “apologize to our Country, the people of Israel and even to the Office of the President, for the foul language they have used, and the terrible things they have said.”
“So many people are angry at them & their horrible & disgusting actions!” he wrote.

….and the many terrible things they say about the United States must not be allowed to go unchallenged. If the Democrat Party wants to continue to condone such disgraceful behavior, then we look even more forward to seeing you at the ballot box in 2020!

It was yet another sign that Trump, who won the presidency in 2016 in part by energizing disaffected voters with incendiary racial rhetoric, has no intention of backing away from that strategy going in 2020. Trump has faced few consequences for such attacks, which typically earn him cycles of front-page media attention.
Asked whether Trump’s comments were racist, Marc Short, chief of staff to Vice President Mike Pence, defended Trump, telling reporters he had been responding to “very specific” comments made by Rep. Ilhan Omar of Minnesota, who was born in Somalia, and was not making a “universal statement.” 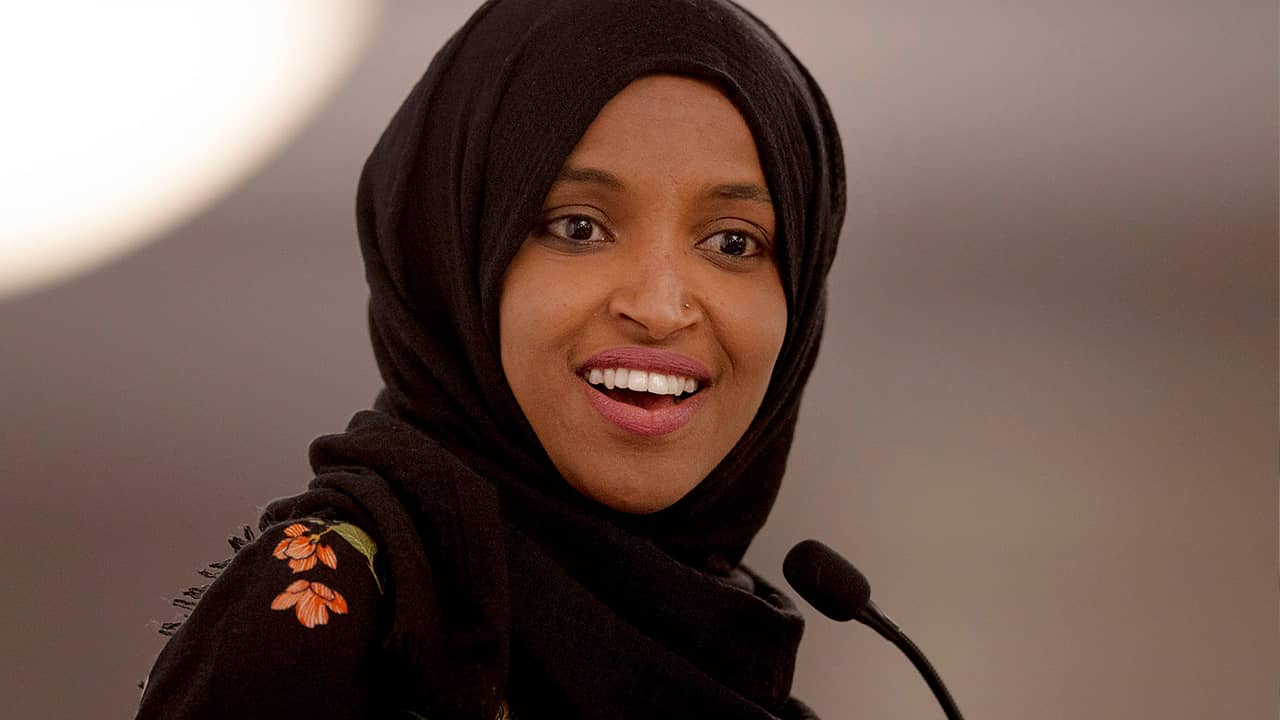 Rep. Ilhan Omar, D-Minn., speaks in Austin, Texas, in May. In tweets Sunday, President Trump portrays the lawmakers as foreign-born troublemakers who should go back to their home countries. In fact. all the lawmakers, except one, were born in the U.S. (Nick Wagner/Austin American-Statesman via AP, File)

But Trump didn’t make that distinction in his tweets. He cited “Congresswomen” — an almost-certain reference to a group of women known as “the squad” that includes Omar, Rep. Alexandria Ocasio-Cortez of New York, Ayanna Pressley of Massachusetts, and Rashida Tlaib of Michigan.
“I don’t think that the president’s intent any way is racist,” said Short, pointing to Trump’s decision to choose Elaine Chao, who was born outside the country, as his transportation secretary.
Chao is one of the few minorities working among the largely white and male aides in high-profile roles in Trump’s administration. She is the wife of Senate Republican leader Mitch McConnell, who had made no comment on Trump’s attacks as of midday Monday.

Omar ignited a bipartisan uproar in Washington several months ago when she suggested that some members of Congress support Israel because of money, while Tlaib riled up a supportive crowd by calling the president a profane name and predicting he would be removed from office.
Republicans remained largely silent after Trump’s Sunday morning broadsides that caused Democrats to set aside their internal rifts to rise up in a united chorus against him.
House Speaker Nancy Pelosi said Trump wants to “make America white again,” while Ocasio-Cortez said Trump “can’t conceive of an America that includes us.”

When @realDonaldTrump tells four American Congresswomen to go back to their countries, he reaffirms his plan to “Make America Great Again” has always been about making America white again.

Our diversity is our strength and our unity is our power. https://t.co/ODqqHneyES
— Nancy Pelosi (@SpeakerPelosi) July 14, 2019

“Mr. President, the country I ‘come from,’ & the country we all swear to, is the United States,” she tweeted, adding that, “You rely on a frightened America for your plunder.”
Omar also addressed herself directly to Trump in a tweet, writing: “You are stoking white nationalism (because) you are angry that people like us are serving in Congress and fighting against your hate-filled agenda.”
Pelosi announced Monday that the House would hold a vote on a resolution condemning Trump’s comments.
Meanwhile, Republican Sen. Lindsey Graham, a close ally of the president who golfed with him over the weekend, advised him to “aim higher” during an appearance on “Fox and Friends,” even as he accused the members in question of being “anti-Semitic” and “anti-American.”
“Don’t get personal. Don’t take the bait,” said Graham. He said Ocasio-Cortez and her colleagues “are American citizens” who were “duly elected,” while adding: “We all know that AOC and this crowd are a bunch of communists. They hate Israel. They hate our own country.”

Was There a Strategy Involved Here?

Trump inserted himself further into a rift between Pelosi and Ocasio-Cortez, just two days after he offered an unsolicited defense of the Democratic speaker. Pelosi has been seeking to minimize Ocasio-Cortez’s influence in the House Democratic caucus in recent days, prompting Ocasio-Cortez to accuse Pelosi of trying to marginalize women of color.
Trump’s words may have been meant to widen the divides within the Democrat caucus, which has been riven by internal debate over how far left to go in countering him and over whether to proceed with impeachment proceedings against the president. Instead, the president’s tweets, which evoked the trope of telling black people to go back to Africa, brought Democrats together.
Former Vice President Joe Biden, the Democratic presidential front-runner, tweeted Sunday that Trump “continues to spew hateful rhetoric, sow division, and stoke racial tensions for his own political gain.”
“Let’s be clear about what this vile comment is: A racist and xenophobic attack on Democratic congresswomen,” tweeted Sen. Elizabeth Warren, a Democratic presidential candidate.
Among the few GOP lawmakers commenting, Rep. Pete Olson of Texas said Trump’s Sunday tweet was “not reflective of the values of the 1,000,000+ people” in his district. “We are proud to be the most diverse Congressional district in America. I urge our President immediately disavow his comments,” he wrote.