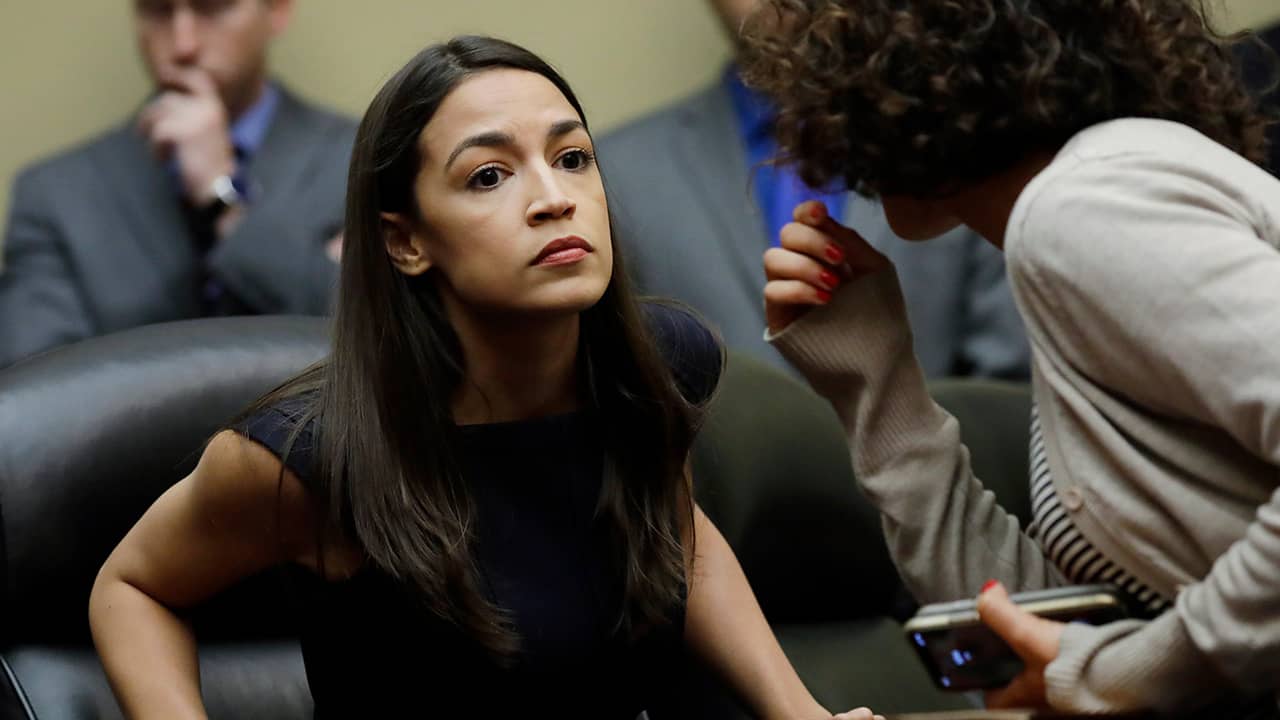 WASHINGTON — President Donald Trump’s hardline immigration policies are inflicting lifetime damage on children separated from their families and worsening conditions at overcrowded and unsanitary detention facilities at the border, a Democratic House chairman said Friday as his panel held a hearing on the surge of migrants.
Republicans accused the Democratic-run House of minimizing the problem and not doing enough to ease the problem, and lambasted a high-profile Democratic freshman who’s compared the facilities to Nazi concentration camps.

“That doesn’t help solve the problem,” Rep. Andy Biggs, R-Ariz., said of past remarks by Rep. Alexandria Ocasio-Cortez, D-N.Y. She and three other of the party’s star freshmen were telling the committee about the squalid conditions they saw during a recent visit to the U.S.-Mexico border .
Rep. Elijah Cummings, D-Md., the panel chairman, said Trump’s now-abandoned child separation policy was causing lasting psychological damage to the children that can linger “until they die.”
The crossfire came as partisan and internal Democratic tensions run high over Trump’s harsh immigration policies. That friction was likely to increase after the panel’s Democrats released a report on 2,648 of the children the Trump administration separated from their families last year before abandoning that policy under widespread pressure.

‘A Deliberate, Unnecessary and Cruel Choice’

The report, based on data the panel demanded from federal agencies, found that 18 children under age 2 — half who were just months old — were kept from their parents up to half a year. Hundreds were held longer than previously revealed, including 25 kept over a year, and at least 30 remain apart from their parents.


“It was just palpable walking into that cell, you just felt suffering and trauma and fear.” — Rep. Ayanna Pressley, D-Mass.
One 8-year-old boy from Guatemala entered Arizona in May 2018 with his father, was taken from him and was still being held as of this past May. The father was deported in July 2018, and records had no information on whether they were reunited, the report said.
The figures reflected “a deliberate, unnecessary and cruel choice by President Trump and his administration,” the report said.
A committee Republican aide distributed a statement calling the report “political — not serious oversight” — and said it ignored that nearly all the children were released to a parent or a sponsor.

The four Democrats testifying Friday visited three Texas border stations last week where they said they saw women packed into stuffed cells without running water.
“It was just palpable walking into that cell, you just felt suffering and trauma and fear,” Rep. Ayanna Pressley, D-Mass., said Thursday, ahead of her testimony.
Four Republican lawmakers from border states Texas and Arizona also were addressing the committee. They include freshman Rep. Chip Roy, a Texas conservative and former aide to Texas Sen. Ted Cruz who attracted attention in May by temporarily blocking widely supported aid for disaster areas.

Friday’s hearing comes as surging numbers of families, children and other migrants entering the U.S. from Mexico have overwhelmed the government’s capacity to house them adequately. The two political parties are locked in a bitter struggle over the treatment of the arrivals, whose numbers have recently surpassed 100,000 monthly, and progressive Democrats accuse moderates and party leaders of too readily compromising with Trump and Republicans on the issue.

Also raising political temperatures are Trump-ordered nationwide raids targeting people in the U.S. illegally expected to start this weekend, according to administration officials and immigrant activists.
In June more than 104,000 people were apprehended or turned away at the border by Customs and Border Protection agents. Though that was down 40,000 from May, it was the fourth consecutive month those numbers exceeded 100,000, a level that hadn’t been reached in years.
A report last week by the Department of Homeland Security’s inspector general found “serious overcrowding and prolonged detention” of children, families and single adults at border facilities in Texas’ Rio Grande Valley, the sector with the highest number of apprehended migrants in the country.
The report found that hundreds of children were being held longer than the supposed 72-hour limit and faced clothing shortages and a lack of hot meals, while some adults were detained for a week in a cell so crowded they had to stand.
Congress last month approved a $4.6 billion measure with money to improve border stations and migrants’ treatment. That passed only after liberal and Hispanic Democrats voted “no,” complaining that Pelosi hadn’t fought hard enough to add requirements for how detained migrants must be treated.
Senate Democrats introduced their own legislation Thursday curbing family separations and setting health and treatment standards.

China Imports From US Plunge 31% in June Amid Tariff War