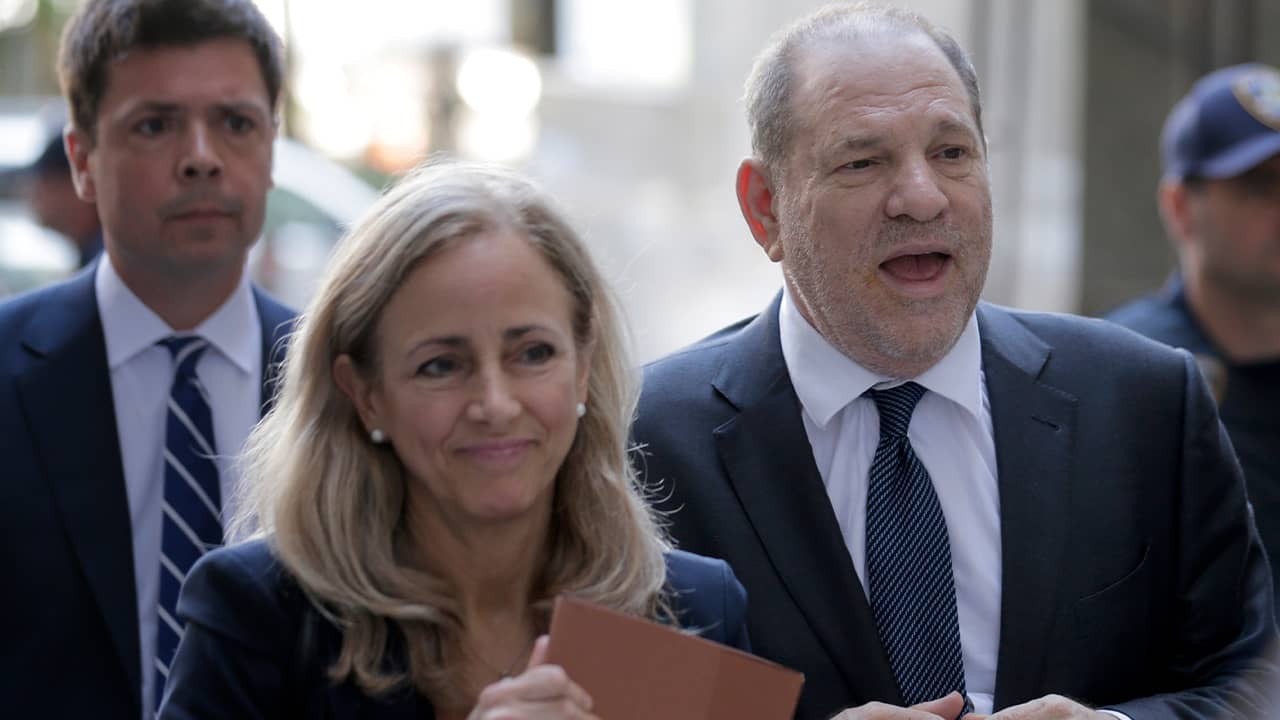 NEW YORK — A judge gave Harvey Weinstein the green light Thursday to shake up his defense team yet again — this time a mere two months before the disgraced movie mogul whose case inspired the #MeToo movement is due to stand trial in New York on sexual assault charges.
One lawyer had already bolted amid public backlash. Now Jose Baez, known for representing high-profile clients such as Casey Anthony, is out after saying he and Weinstein just couldn’t get along. Donna Rotunno, a #MeToo critic specializing in defending men accused of sexual misconduct, and Damon Cheronis are in.

Judge James Burke approved the swap after questioning Weinstein to ensure it was what he wanted and getting the new lawyers to promise they won’t seek to delay the trial from its scheduled Sept. 9 start.
Baez signaled last month that he wanted to leave the case, telling Burke in a letter that Weinstein had tarnished their relationship by communicating only through other lawyers and by failing to abide by a fee agreement.
Weinstein engaged in behavior that made representing him “unreasonably difficult to carry out effectively” and insisted on taking actions “with which I have fundamental disagreements,” Baez wrote.
Bounding out of the courtroom Thursday after getting sprung from the case, Baez said: “I feel like I won the lottery. Just kidding.”
Rotunno has espoused a philosophy that the #MeToo movement, spurred by revelations about Weinstein’s alleged behavior, is overblown and that women are “responsible for the choices they make.”

“I chose to represent Harvey Weinstein because I think these are the types of cases that lawyers that do what I do live for,” Rotunno said outside the courthouse after the hearing.


“I chose to represent Harvey Weinstein because I think these are the types of cases that lawyers that do what I do live for.” — Donna Rotunno, a #MeToo critic specializing in defending men accused of sexual misconduct
“It gives us an opportunity to have a forum to speak what we believe, and I believe that the facts and evidence in this case are actually very favorable to Mr. Weinstein.”
Gloria Allred, who represents one of the accusers in the criminal case, offered a different perspective, saying: “I agree that women are responsible for their own choices, but when will Mr. Weinstein be held responsible for his?”
Rotunno and Cheronis practice in Chicago.
They join three New York City lawyers: Arthur Aidala, whose clients have included rapper 50 Cent and former Harvard law professor Alan Dershowitz; Diana Fabi Samson; and Barry Kamins, who as a judge oversaw New York City’s criminal courts.
The lawyers and prosecutors said they’ll work out a schedule for exchanging witness lists and for prosecutors to turn over evidence, such as emails from Weinstein’s movie studio that pertain to potential witnesses.
Baez is the latest defection from what was once seen as a modern version of O.J. Simpson’s “dream team” of attorneys. Harvard law professor Ronald Sullivan left in May amid backlash about his involvement.
Sullivan’s involvement in the case drew protests from some students and faculty members on the Cambridge, Massachusetts, campus. Buildings were defaced with graffiti that included the slogans “Down w Sullivan!”, “Your Silence is Violence” and “Whose Side Are You On?”

Weinstein Charged With Raping a Woman in 2013

Thursday’s hearing on the lawyer switch played out in open court, but two conversations among the judge and lawyers happened in secrecy.
After approving Baez’s request to withdraw from the case, Burke called him to the bench for a one-on-one chat that lasted about five minutes with no court reporter to transcribe the conversation.
Later, he called all the lawyers to the bench for a 10-minute discussion of how they’ll proceed when it comes time for jury selection. Again, there was no court reporter to make a record of the conversation.
Aidala appeared perturbed by what he called the judge’s “extended private conversation” with Baez. He asked whether he could also approach the bench, but Burke waved him off.

Weinstein, 67, is charged with raping a woman in 2013 and performing a forcible sex act on a different woman in 2006. He denies the allegations, has pleaded not guilty and is free on $1 million bail.
Baez and Sullivan started representing Weinstein in January, when the former movie producer overhauled his legal team for the first time. That happened after his original lawyer, Benjamin Brafman, lost a hard-fought bid to get the case thrown out.
Pamela Robillard Mackey, who represented Kobe Bryant in his 2003 Colorado sexual assault case, and ex-Manhattan prosecutor Duncan Levin were also hired in January and have since left.
Related Topics:#MeToodefense teamHarvey Weinsteinsexual assaultsexual misconducttrial
Up Next