California’s Pollution Enforcers Want to Save Tropical Forests. But at What Cost? 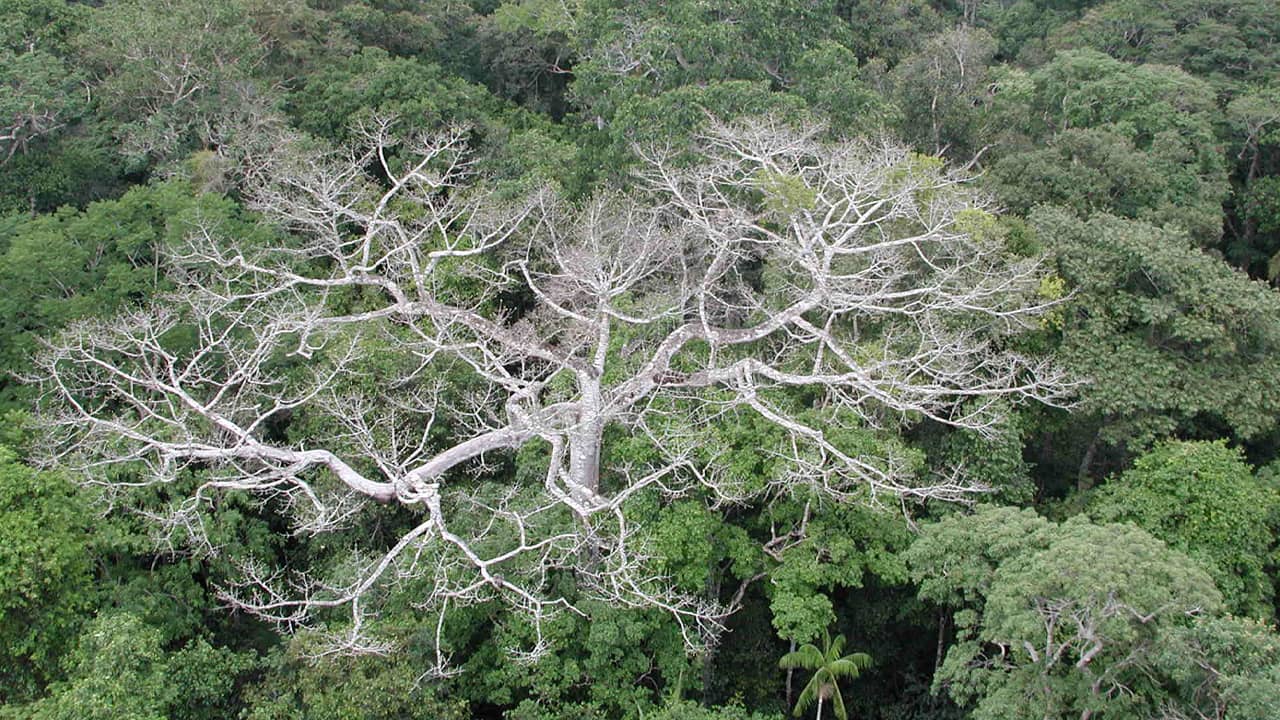 California’s climate change enforcers are grappling with the thorniest of controversies: how to prevent the planet’s tropical forests from disappearing. The question they aren’t ready to answer — at least not yet — is what focusing on far-away forests could mean for pollution at home.

Lawmakers made clear in a June letter reported by ProPublica that they’d like the California Air Resources Board to endorse something called the Tropical Forest Standard. It’s a playbook, still in draft form, for how to evaluate international states or provinces on their efforts to curb tropical deforestation. The guide is intended to direct investments to governments that monitor results, obtain public input, and protect the rights of indigenous peoples.
The stakes are higher than they’d seem for a playbook that California may not even use. Observers worry if California — the world’s fifth largest economy — puts its stamp of approval on the standard, it will send a signal to other governments to do the same. The concern is this might pave the way for land decisions that hurt forest-dwelling and indigenous peoples. It also might allow more pollution at home as industries use tropical forest investments to shield themselves from reducing their own emissions.

Even the lawmakers acknowledge in their letter that an endorsement will send “a green light” to companies and governments that hope to use tropical forest conservation credits as part of their broader mitigation strategies. The idea is that forests store carbon, and preserving them also prevents agriculture and industry from using the land to produce even more greenhouse gases.

The Practice Is Controversial

California’s greenhouse gas producers already can offset some emissions by investing in domestic forest conservation and methane capture from mining and manure. Saving tropical forests isn’t currently on that list — and given opposition, the air board is quick to say it might never be. Tropical forest investments might also come from carbon-trading systems outside California, government grants, or even from companies voluntarily looking to buy goodwill.
The oil and gas industry, for one, is a fan of offsets. Catherine Reheis-Boyd, president of the Western States Petroleum Association, said they’ve “proven critical” to California’s cap-and-trade program. “We support exploring and studying offset and other programs that could help our state meet its climate goals,” she said in an email.
But the practice is controversial and, as a ProPublica investigation recently revealed, has a long track record of failure. “You’d be trading certain, increased emissions for very uncertain, hoped-for reductions,” Kathleen McAfee, a professor of international relations at San Francisco State University, told CALmatters. A fire or political reversal, for instance, could undo years of forest preservation in an instant.
“We’re all on this planet, right?”
“Wouldn’t you be worried?” Mari Rose Taruc, climate justice coordinator for the California Environmental Justice Alliance, said. “We’re all on this planet, right? Shouldn’t we be doing the best we can, rather than a program that is full of holes?”

The Environmental Defense Fund, a non-profit advocacy organization, is a major supporter of the tropical forest standard. The organization paid for three of the lawmakers who wrote to the air board  — Assemblymembers Richard Bloom, Ash Kalra, and Eloise Reyes — to travel to Acre, Brazil, to observe first-hand the state’s work to curb tropical deforestation. (The fourth assemblyman to sign the letter is Eduardo Garcia; staffer Katie Valenzuela went on the EDF-funded trip in his place.)

Concerns About a Land Grab

Barbara Haya, a research fellow at the University of California, Berkeley and expert in forest offsets, suspects that kind of monitoring will be impossible for California. “It cannot be, should not be the role of California to monitor programs around the world that use the standard it puts out,” she said.
Taruc is concerned a California endorsement of the standard would set the stage for a carbon market that incentivizes land grabs from indigenous peoples. “It’s introducing another way for foreign companies and foreign investors to occupy the land that [indigenous peoples] have, for thousands of years, lived on,” she said.
Jason Gray, chief of the air board’s climate change program evaluation branch, contends the goal would be to work with governments, not companies. “The standard is developed so there is that transparency and oversight,” he said. “This is not a land sale or land grab approach.”

He points to a recent letter from José Gregorio Diaz Mirabal on behalf of the Coordinating Body for Indigenous Organizations of the Amazon. Mirabel said the organizations support the tropical forest standard, “not only to recognize the value of the service we provide as defenders of the forests, which are our life, but also to push tropical forest governments to respect the rights of indigenous communities.”
Ultimately, it will be up to the air board whether to endorse the tropical forest standard — and weeks after receiving the letter, they’re still weighing their next move.
“We’re working on how we guarantee to those legislators that we’re doing what they ask,” Dave Clegern, a spokesperson for the air board, told CALmatters. “Of course, the clock is ticking. We are ultimately running out of time on these things.”
CALmatters.org is a nonprofit, nonpartisan media venture explaining California policies and politics.