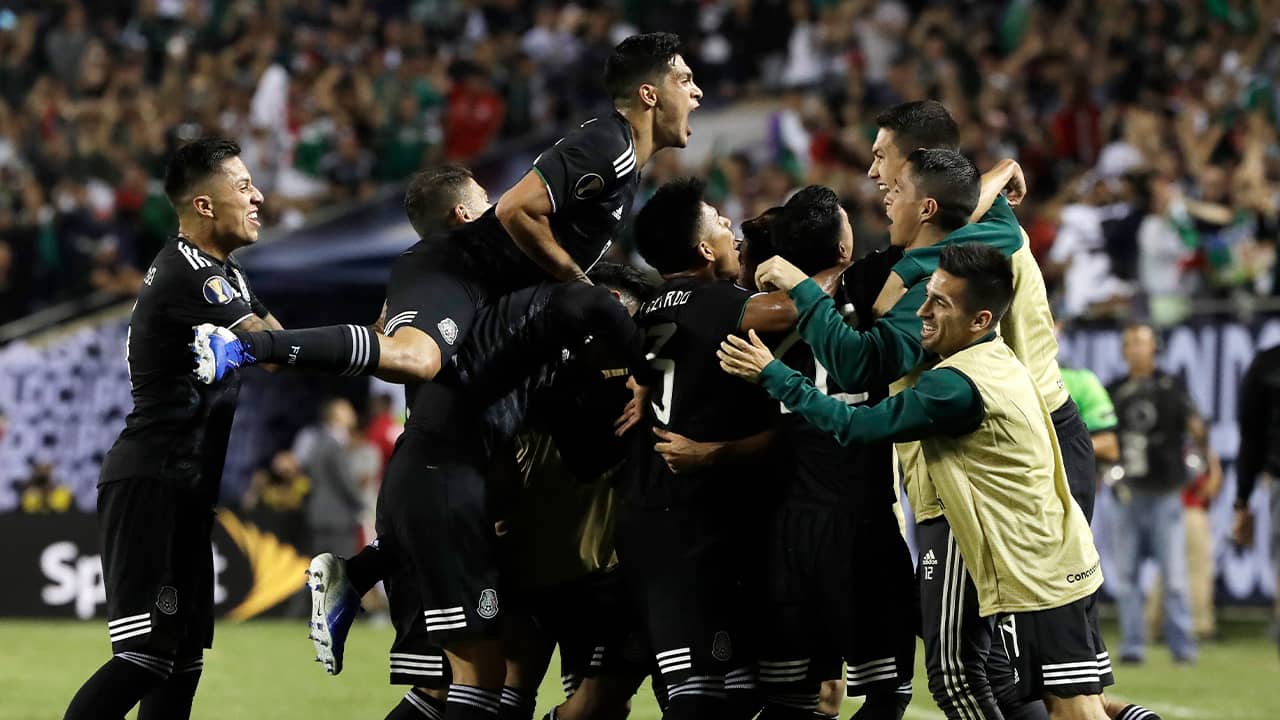 CHICAGO — The U.S. men’s soccer players showed how far, far behind the women they are.
Hours after the American women won their fourth World Cup, the men were outplayed by Mexico in the CONCACAF Gold Cup final. Jonathan Dos Santos scored in the 73rd minute to give El Tri a 1-0 victory Sunday night.

“His contribution to the team this tournament was fantastic,” Berhalter said. “Both sides of the ball. Off the field.”
McKennie, coming off an excellent season with Schalke in the Bundesliga, was given the captain’s arm band for the first time but was largely ineffective.
“I’m not going to comment on his individual performance,” said Berhalter, who also praised McKennie for his play earlier in the tournament.
While the crowd in Lyon, France, was overwhelmingly pro-American as the U.S. beat the Netherlands 2-0 earlier in the day, El Tri supporters in green, white and red in the crowd of 62,493 made Solider Field seem like Mexico City’s Estadio Azteca. Whenever American Zack Steffen took a goal kick, there were loud chants of “puto,” an anti-gay slur Mexican fans repeatedly have been admonished for.
CONCACAF general secretary Philippe Moggio and spokesman Alvaro Urrutia did not respond to an email seeking comment.
Mexico scored on a move started by Dos Santos, who plays in Major League Soccer for the LA Galaxy. He passed the ball to Rodolfo Pizarro, who switched from the left flank to the right in the second half. Pizarro crossed in the penalty area where Raúl Jiménez played a back-heel pass to Dos Santos, who had continued his run. His left-footed shot went by the outstretched arm of Steffen for just his third goal in 46 international appearances.
“We couldn’t quite find the first pass to get out in certain moments,” midfielder Michael Bradley said. “Obviously then you get a little bit tired, and they start to gain some momentum, obviously. It culminates with them getting them the goal.”

Bradley was among four holdovers in the starting lineup from the 11 who began the October 2017 loss at Trinidad and Tobago that cost the U.S. a World Cup berth, joined by Pulisic, midfielder Paul Arriola and forward Jozy Altidore.