Recent weeks have seen a debate of sorts about the image and reality of contemporary California.

Is it, as Gov. Gavin Newsom contends, a nation-state proving that economic prosperity, multiculturism, and social progress can advance together?

“California is what America is going to look like,” he told a television interviewer. “California is America’s coming attraction.”

“We have a medieval society,” Hanson asserted, with a wealthy “royal elite,” including Newsom, that prospers while ordinary Californians “are treated like peasants.”

Even as he boasts about his first state budget, which he calls an “affordability budget,” Newsom acknowledges the state’s socioeconomic divide.

“You can’t live in the richest and the poorest state and have a just society,” he said while touting appropriations to help the 40 percent of Californians rated as poor or “near-poor” by the Census Bureau and the Public Policy Institute of California.

Not surprisingly, President Donald Trump is an eager participant in the debate over California’s image and substance.

After Newsom boasted about the budget’s extension of health insurance benefits to some undocumented immigrant adults, Trump — certainly not for the first time — sneered at the state.

“You look at what they’re doing in California, how they’re treating people. They don’t treat their people as well as they treat illegal immigrants,” the Republican president told White House reporters last week. “It’s very unfair to our citizens and we’re going to stop it, but we may need an election to stop it.”

Newsom seems to take the criticism from Trump and others on the political right as a source of amusement.

“To my friends at Fox News, I know we’re keeping you in business,” he said, adding, “Universal health care is a right regardless of immigration status. I’m going to get the rest of that done, mark my words, and make progress next year and the year after that.”

These cross-country, multi-media exchanges are warm-ups for what could be a significant aspect of next year’s presidential election.

Inferentially, most of the Democratic White House hopefuls — including California Sen. Kamala Harris — are pointing to Newsom’s expanding array of social and economic benefits, such as health insurance and early childhood education, and promising to emulate them nationally if elected.

“California is what America is going to look like. California is America’s coming attraction.” — Gov. Gavin Newsom

Conversely, Trump and other Republicans will point to California as an example of liberalism gone wild and warn that if Democrats take over in Washington, they will impose California values on the rest of the nation.

An example to emulate or one to avoid? 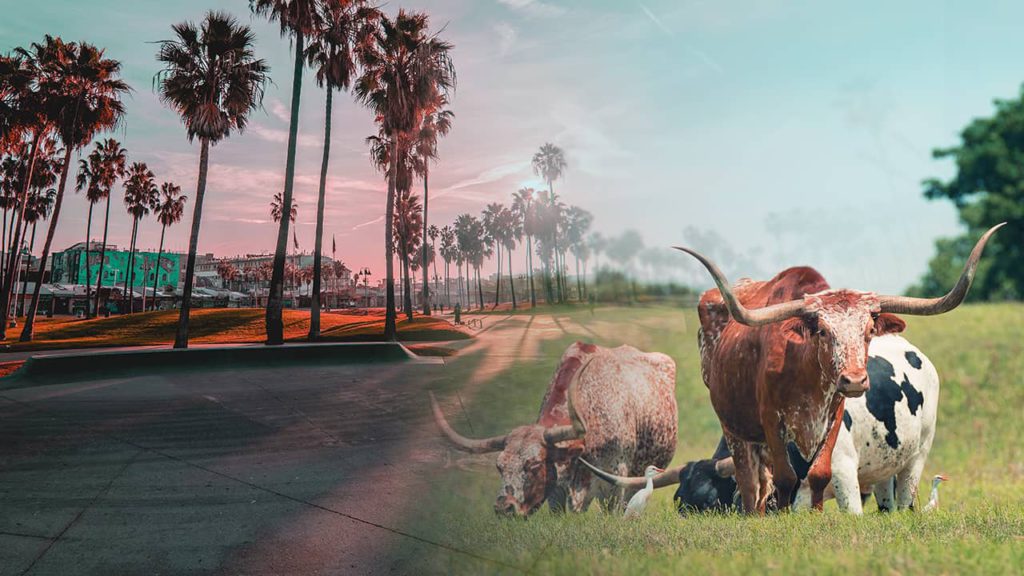 The Economist, a journal of deep political thinking, took a crack at California’s reality in a recent article comparing the state to its arch economic and political rival, Texas.

Overall the British magazine seemed to give Texas the better of it, citing the out-migration of Californians to Texas, California’s housing shortage and high costs, its highest-in-the-nation poverty, and its shortcomings in education.

Kotkin is basically saying what Newsom is saying. California has many attributes, but unless it can somehow close its yawning socioeconomic gaps, it will, indeed, continue its evolution into a two-tiered society — of the sort often found in the third world — that would be unworthy of emulation.

CALmatters is a public interest journalism venture committed to explaining how California’s state Capitol works and why it matters. For more stories by Dan Walters, go to calmatters.org/commentary