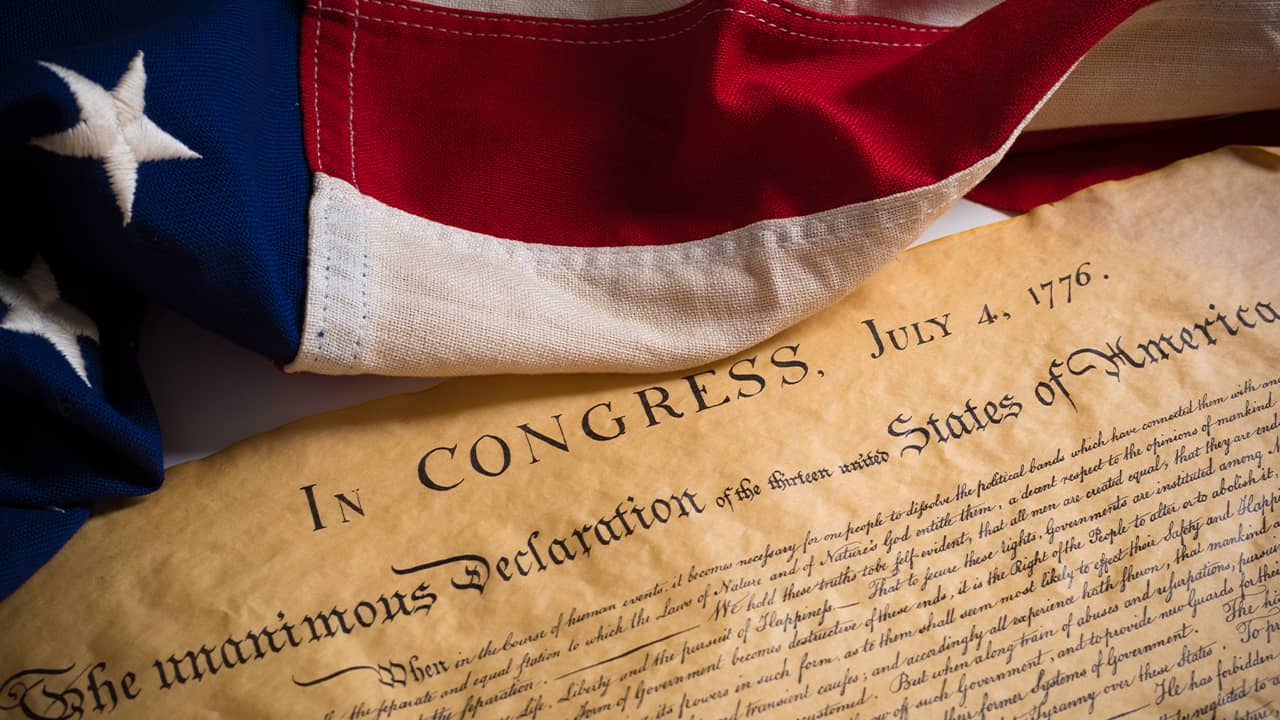 Near the end of his life, Thomas Jefferson described the Declaration of Independence as “an expression of the American mind.”
On Independence Day, Americans should remember not only the Founding Fathers and the Revolutionary War but, more important, the fundamental principles and ideals that created and sustain the nation.
The quiz below, from the Ashbrook Center at Ashland University in Ashland, Ohio, provides an opportunity for you to test your knowledge of the Fourth of July and the Declaration of Independence.
[wp_quiz id=”75992″] ANSWERS: 1-B, 2-D, 3-A, 4-C, 5-C, 6-D, 7-B, 8-A, 9-C, 10-D
About the Author
Jason W. Stevens is visiting assistant professor of political science and history at Ashland University and assistant director of the Ashbrook Center’s Ashbrook Scholars Program. He wrote this for InsideSources.com.
Related Topics:Declaration of IndependenceFounding FathersquizRevolutionary WarThomas Jefferson
Up Next

In Blue California, Why Are so Many Leftist Plans Going Under?